The new set is said ti include monsters and heroes from the Forgotten Realms.

Coming from WizKids in July:

Featuring monsters, heroes, and villains from the well-established Forgotten Realms fantasy setting, the new set will include 55 different models, randomly packed in boosters.  Each booster comes with one large and three small or medium miniatures.  MSRP is $15.99 per booster.

Boosters will be sold in Booster Bricks, each with eight boosters.  Customers who pre-order a full case of Booster Bricks, four bricks per case, will be eligible to also purchase one of the D&D Icons of the Realms Miniatures Case Incentive (Set 7), while supplies last.  This promotional set features scenic elements scaled for use with the other miniatures in the line.  The contents of the Incentive Set have not been revealed.  MSRP is $39.99.

So if you’re looking for monsters and minis, Wizkids has got you covered. 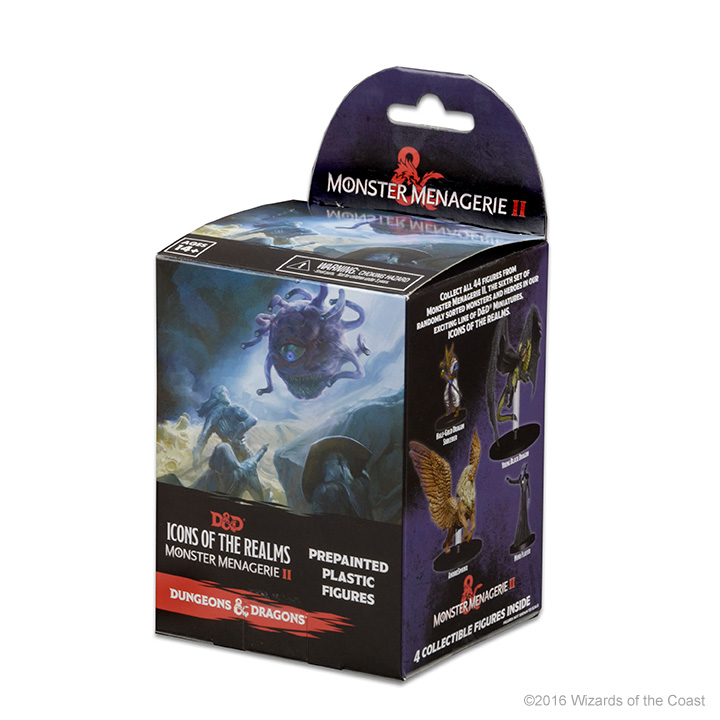 Pictures shown are from previous ranges.

Author: J.R. Zambrano
Bell of Lost Souls Staff Writer and DM, J.R. covers RPGs of all stripes and on occasion eats sandwiches. You can ask him about either at [email protected]
Advertisement
Dungeons & Dragons Miniatures RPGs Tabletop News WizKids
Advertisement