The second fast forces pack adds the rowdies of TMNT: Bebop and Rocksteady!

The first Fast Force from this set looked at the three other turtles and how they worked together with their TMNT, TMNT Ally, Animal, andMartial Artist keywords and shared symbols. The second Fast Force adds in Leonardo…

Leonardo is The Turtle With The Plan boosting the attack values of other adjacent characters named Donatello, Michelangelo, or Raphael by +1 as a Unique Modifier with this trait (whether those characters are friendly or opposing, remember).  Leonardo doesn’t mess around; he is all about getting up close to put his dual katana blades to work.

At 40 points each, Bebop and Rocksteady make perfect low level thugs whether they are with the Foot Clan or the Purple Dragons or just being rowdy party Animals.  The purple mohawked and bespectacled Bebop keeps his sidearm ready with a range value of 4, Running Shot, and Energy Shield/Deflection.  When he is all out of ammo he picks up his crowbar and goes berserk with Sidestep, Combat Reflexes, and Battle Fury.

Rocksteady is a little more consistent than his quick tempered friend with a full dial of Sidestep and Toughness and a smattering of Close Combat Expert once he gets warmed up.  He too wants to know What’s This Mutagen Stuff Do Again, Boss?and starts the game with a Rhinoceros bystander token placed adjacent to him.  If the Rhino is KO’d by an opponent’s attack, Rocksteady also gets an increase in his combat values by +1 and gains the Rhinoceros’ Charge and Invulnerability.

Check Out More of the Force’s Stats Here

Author: Mars Garrett
Pop culture staff writer that has been on the BoLS team since 2010. Contributor on the One of Us podcast. Marvel, Vertigo, and dystopian sci-fi fan. Enjoys bad movies, amazing stunt performances, and the internet. Hates rom-coms. (she/they)
Advertisement
HEROCLIX Miniatures Rules WizKids
Advertisement 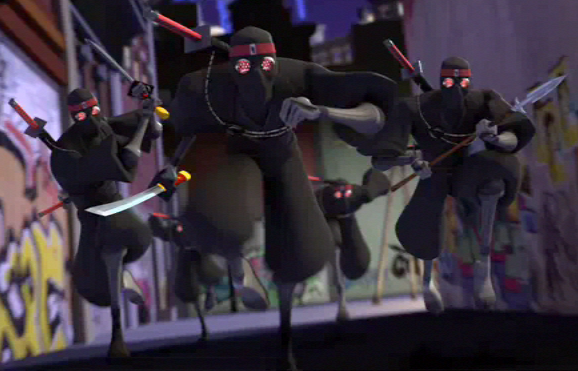