New Blood Bowl Comic in May 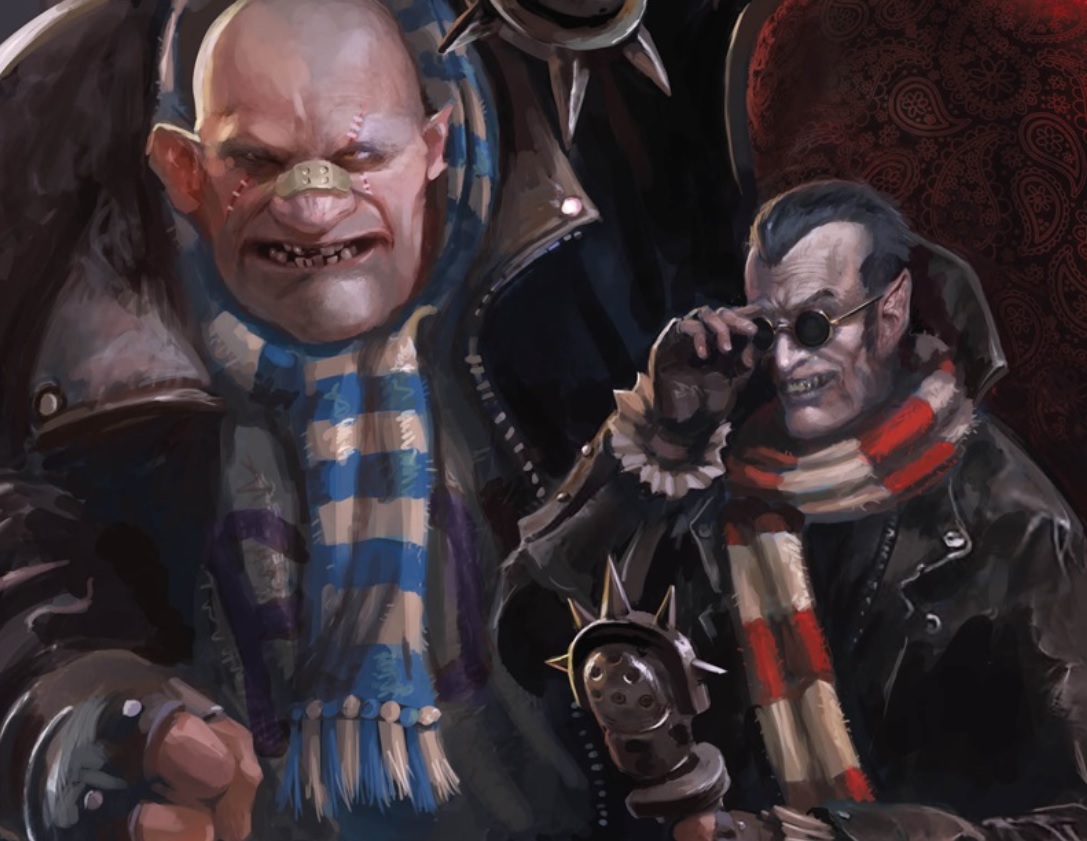 Hope you’re ready for more bone-breaking Football action because Blood Bowl is getting a new comic in May. Titan Comics is working with Games Workshop to produce another comic set in the brutal world of Blood Bowl. Nick Kyme, of Black Library Fame, is writing this one as well. Fans of Blood Bowl can breathe easy that it’s someone well versed in the Games Workshop universes.

The first issue is slated for May and it will have quite a few alternate covers to ship with it: 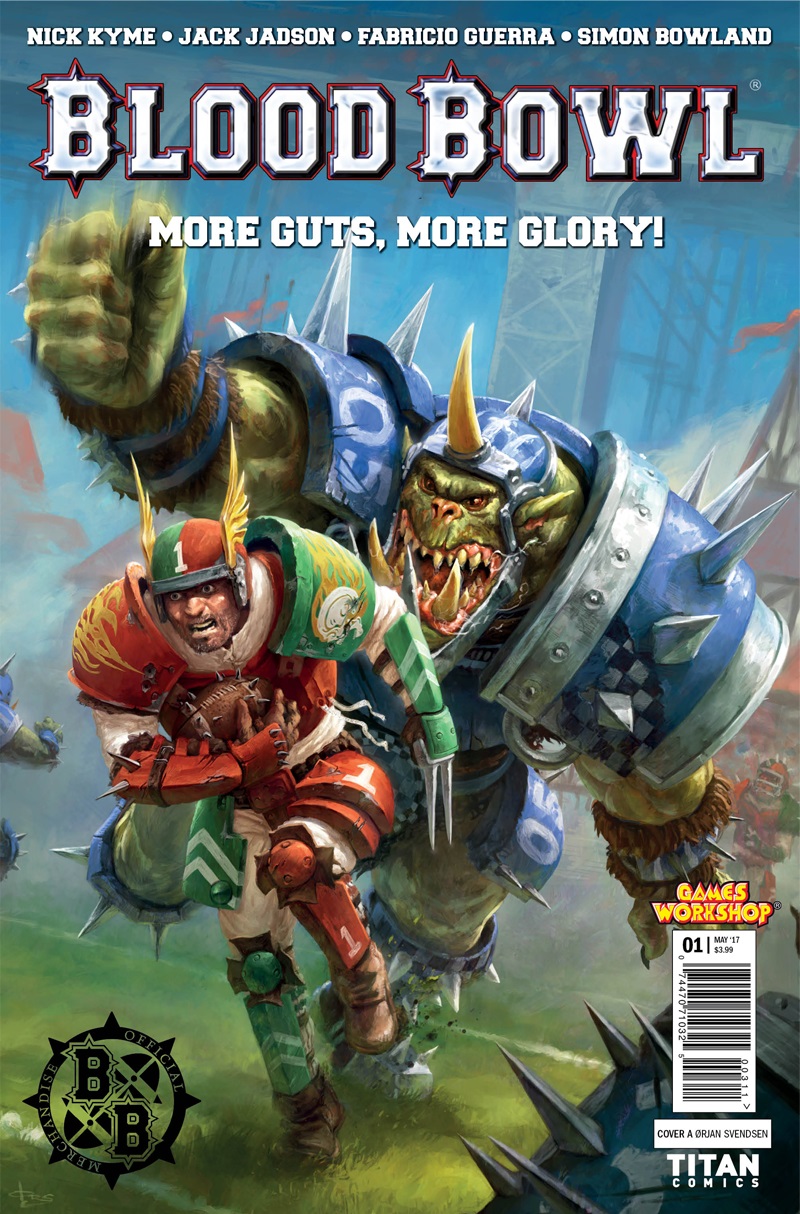 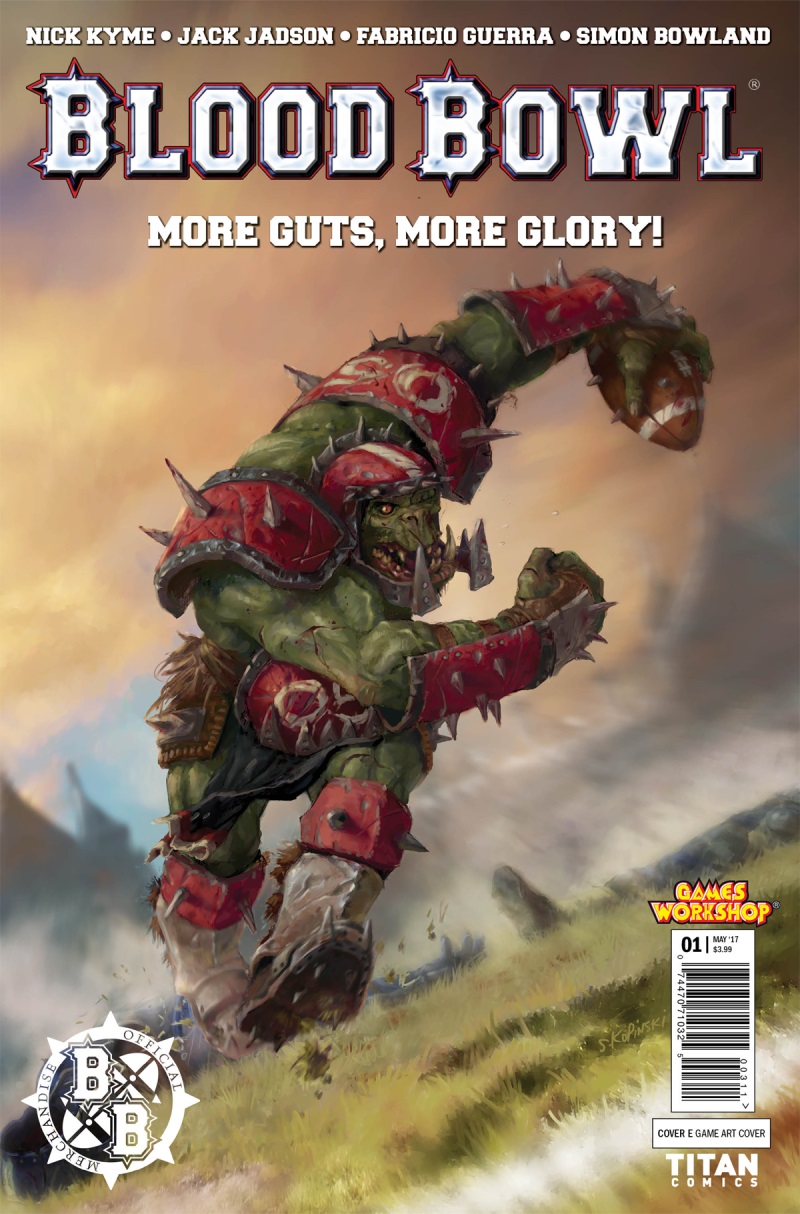 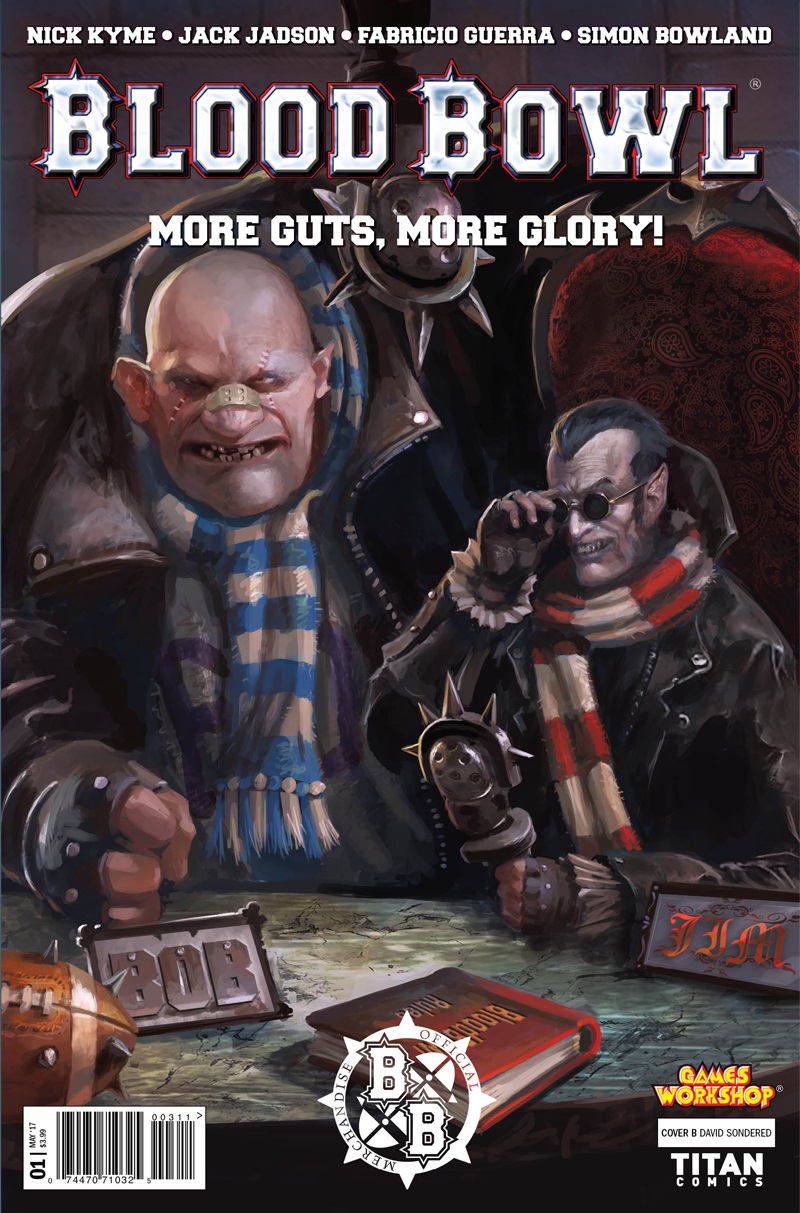 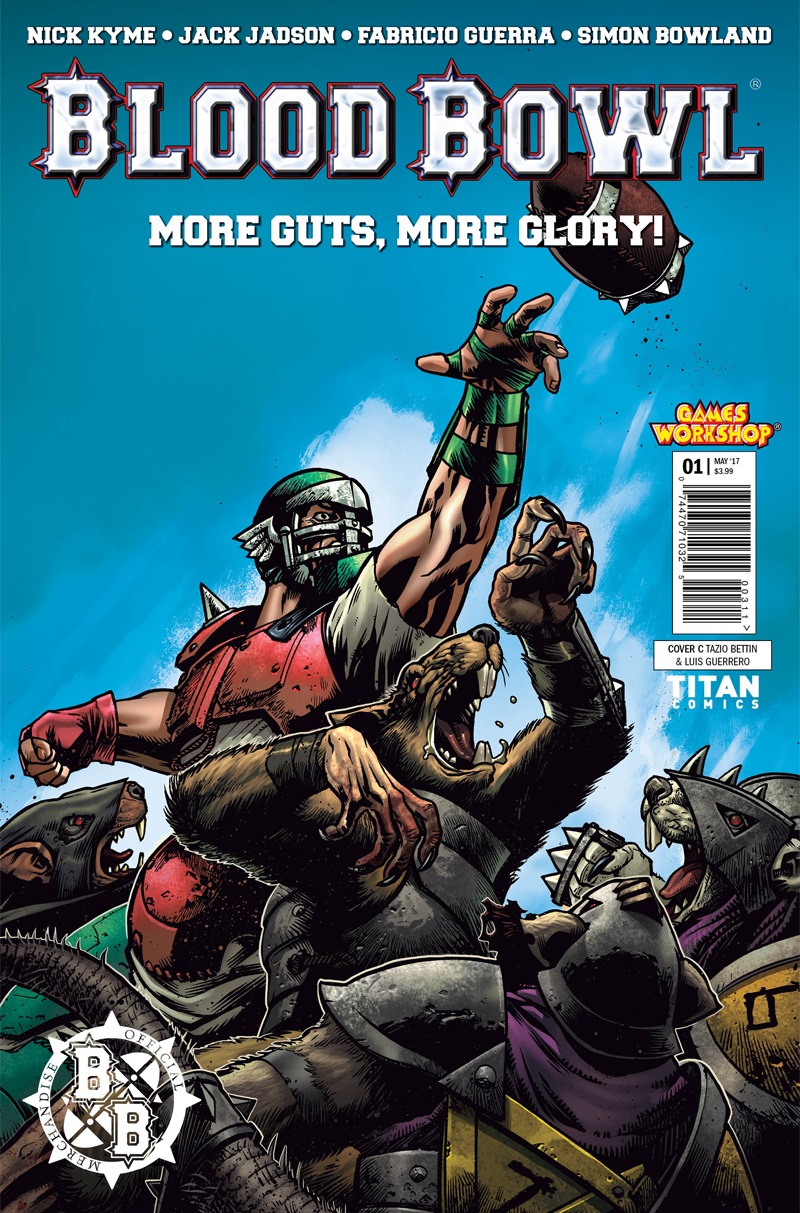 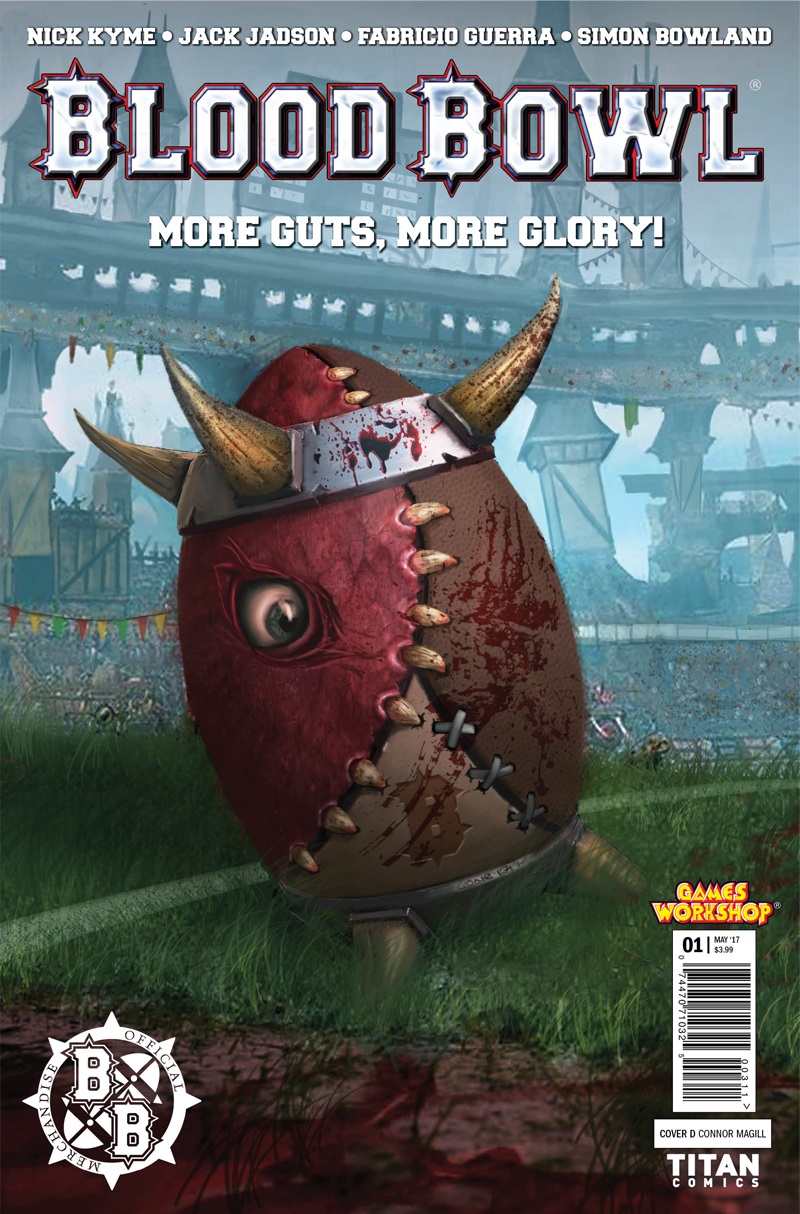 According to io9, this story will follow The Hochland Harbingers, a Human Empire Team, who will return to the spotlight after recruiting a former Star Player named Dreng Sturmblud. I’m also curious if we will see any other former Blood Bowl Stars make an appearance. Here’s a bit of the interior art work as well: 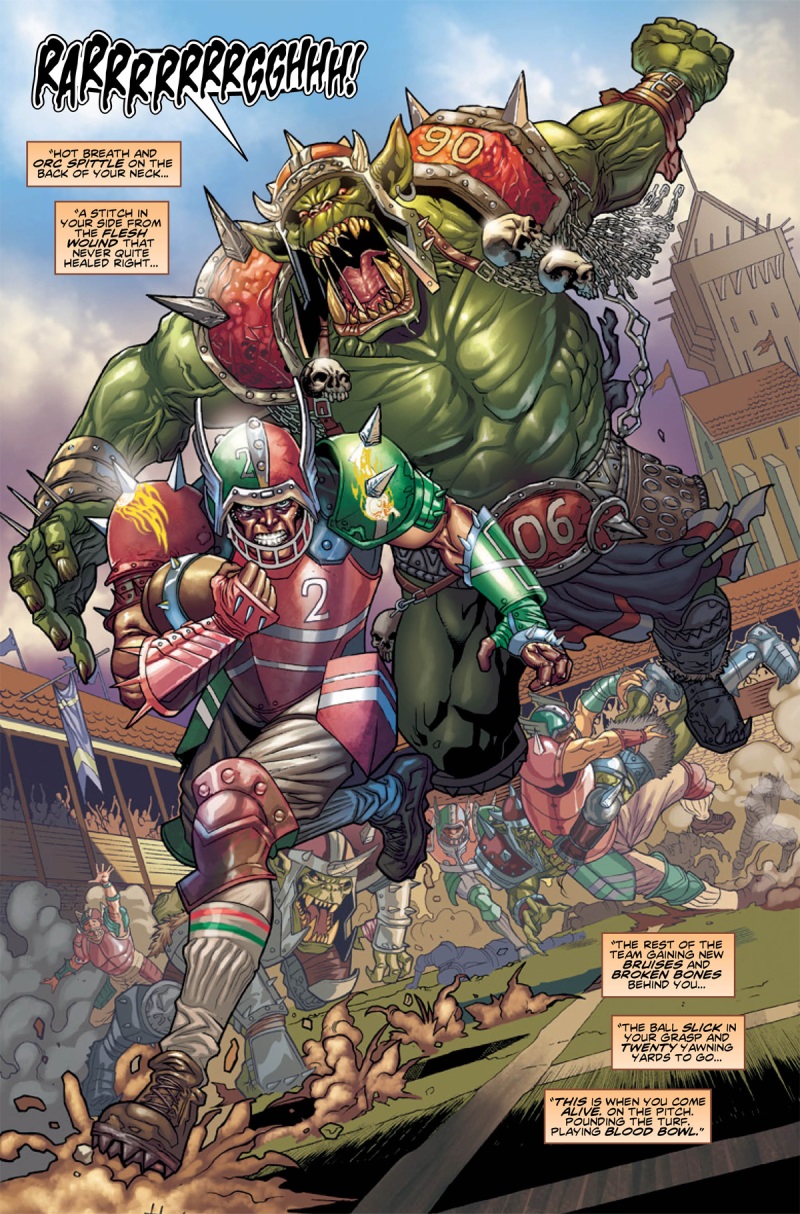 I think I might check this one out. Who doesn’t love a good underdog story?!

More Blood Bowl coming to you in comicbook form – starting in May! I like Bob & Jim’s new look…

Author: Adam Harrison
Writer, Editor, Texas Native, and Austinite for 15+ years, Adam covers all things Tabletop Gaming. Which includes Warhammer 40,000, Age of Sigmar, D&D, Board Games and everything else that involves dice, boards, cards and a table. A hobbyist, player, and collector of miniatures and games, Adam's current obsession are his Death Armies for Age of Sigmar, his Blood Angels and Tyranids for 40k, and his ever growing Arkham Horror: The Card Game Collection.
Advertisement
BloodBowl Comics Games Workshop Tabletop News
Advertisement 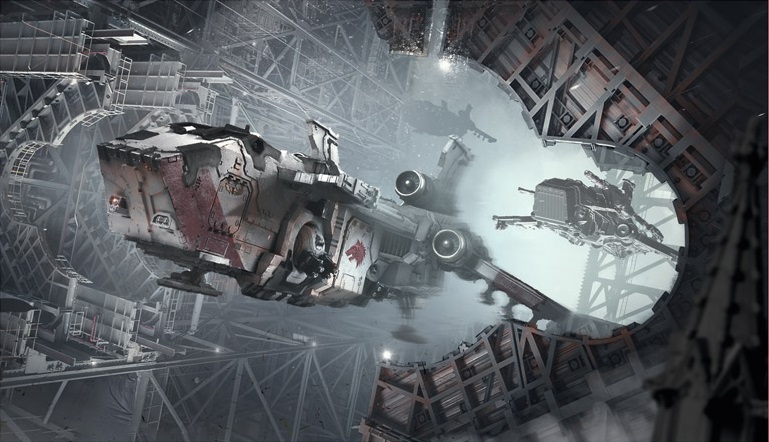