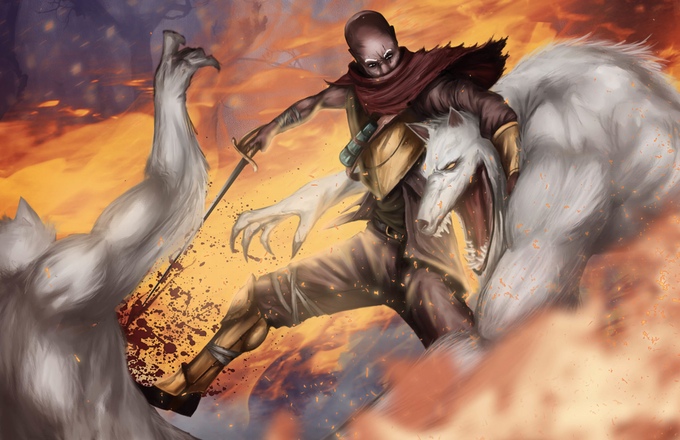 Pathfinder is getting a new martial system! Sharpen your swords!

From the same folks that brought you Spheres of Power, comes Spheres of Might, a new system for building martial heroes in Pathfinder/3.x.

When it comes to Pathfinder, and sometimes the whole tabletop RPG industry as a whole, it can seem like magic users get all the fun. Those squishy magicians have no shortage of spells and tricks to make their work enjoyable, but too often the warriors wielding swords and spears on the front lines lack the breadth of options afforded their magic-using peers; attack, move, attack, repeat. In real life, though, combat is anything but repetitive; facing an opponent quickly becomes an exciting yet terrifying dance, as combatants dodge, feint, counter, and make split second decisions that can lead to life or death.

Spheres of Might is designed to change the way martial combat works to make it more visceral, intricate, and cinematic. In this book, we introduce deeper and more robust options for martial combatants, giving them a greater number of tactics to employ each round, and supporting virtually any combat style imaginable from precise one-handed fencing to wild berserking and beyond. Additionally, because these new options build off of the core combat rules presented in the Pathfinder Core Rulebook, anyone familiar with the Pathfinder Roleplaying Game will be able to jump right in and begin using these new options without having to learn pages of new rules or terms first.

Like our previous release, Spheres of Power, Spheres of Might makes use of the Spheres system: through a system of talents gained by leveling, a martial combatant can unlock powers and playstyles via buying into a series of overarching ‘spheres’ that map to various techniques and playstyles (wrestling, fencing, throwing, etc.) then further refining these abilities through the selection of talents within those spheres. Each of these spheres provide many options in and of themselves, but are also designed to have high levels of synergy with each other, allowing players to mix the spheres to create their own custom combat styles, from a wrestler who pounds his targets into the floor with flying leaps, to a fencer who lures his targets to attack before taking them down with a powerful counterpunch.

By picking and choosing what styles and techniques they can perform, it becomes possible to construct any type of martial character desired, giving them a host of options to perform in and out of combat to fit whatever need may arise. While there are still countless ways to specialize and create a unique combatant, rarely will a Sphere of Might user find themselves without some trick or other up their sleeves.

Just as importantly as what Spheres of Might does is what it doesn’t do; The Spheres of Might system does not add a whole new set of rules and terminology on top of the core Pathfinder rules, instead building off the existing framework in new and exciting ways that are easy for players already used to Pathfinder’s combat system to understand and utilize. This has the added benefit of also meaning that Spheres of Might is highly compatible with many other martial augmentation systems, as well as previously-released classes from both Paizo and most 3rd party publishers. 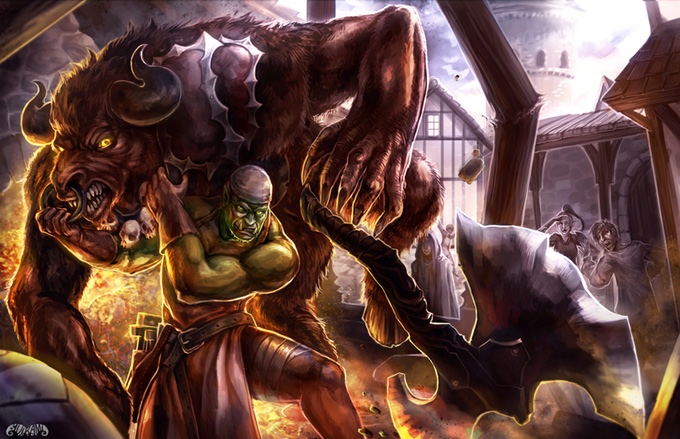 I have to say, this sounds pretty interesting. It reminds me of the same sort of excitement around the Book of Nine Swords, which I loved (your mileage may vary). I think any rules that give fighting types more breadth (and that possibly bring them in line with magic types) is a good thing. And this one sounds like it’s pretty in-depth. Also included are new classes and (assuming they hit their stretch goal–a scant 7k away at the time of this writing with still 7 days to go) a GISH section that is fully compatible with the Spheres of Power system.

They’re already fully funded, and there are some pretty substantial rewards, so hop on over and check out their campaign.

Check out the Spheres of Might now on Kickstarter

Author: J.R. Zambrano
Bell of Lost Souls Staff Writer and DM, J.R. covers RPGs of all stripes and on occasion eats sandwiches. You can ask him about either at [email protected]
Advertisement
Kickstarter Pathfinder RPGs Tabletop News
Advertisement