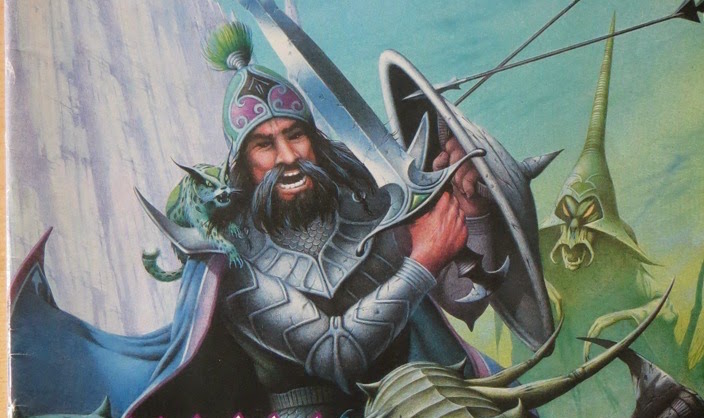 But it’s not the one you think. You’ll find no elephants or giant turtles holding up this world–but instead you will find an endless landscape, counties banded together to keep each other safe, and a mythic heart of the world where everything is peaceful (which is just the worst for adventurers). That’s right, this week we’re looking at a classic world from the other side of the pond, so join us as we dive into the world of Pelinore! 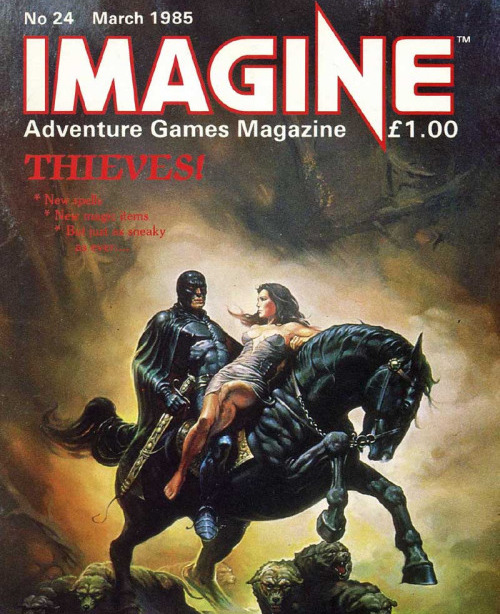 Originally developed by TSR’s UK offices, Pelinore was published in IMAGINE Magazine from 1984-85. Leaving aside the Orwellian year of its origins, Pelinore is a fantastic look at a world that feels–not grittier, but somehow more possible than other worlds. Where Faerun has its magnificent cities, and legendary landscapes, and Eberron has its world shaped by magic, Pelinore has a look at the world from the bottom up. It caters not just to adventurers, but to peasants and thugs and gamblers. It’s like comparing Dragon Age to the Witcher. Both are distinctly fantasy worlds, but each has their own approach to making their world feel alive–so it goes with Pelinore.

Pelinore is a land of adventure, above all else. It is a flat world, which everyone knows, and at its center is Worldheart. You might hear different stories about just what that means, and of course people will no doubt point out that nobody has made it to the edge of the world and back, so how could anyone know where the center is–let alone what lies at its heart (some lunatics even claim the world is round, but everyone knows this is nonsense). 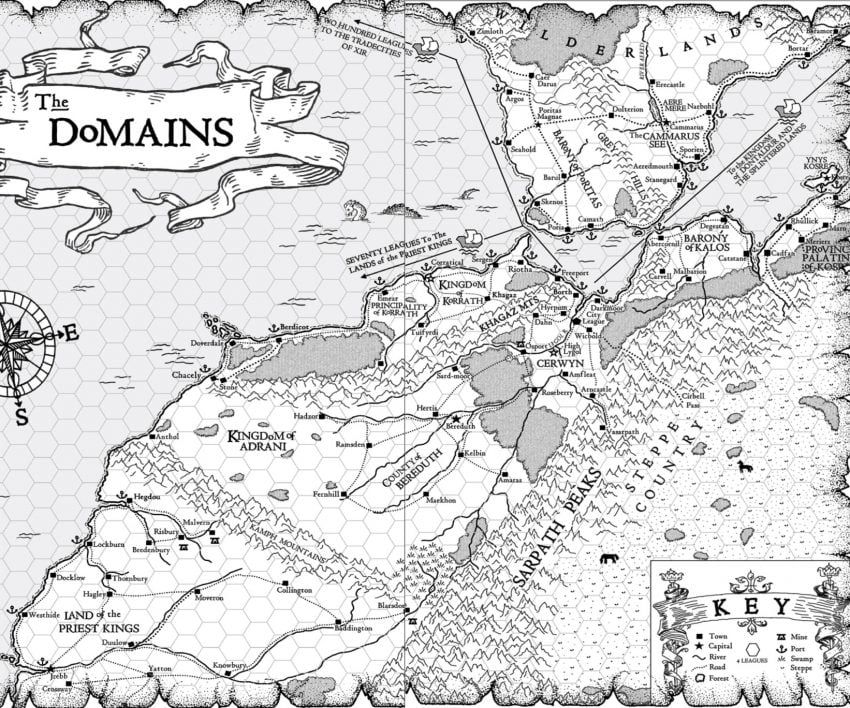 As you can see from the map, there are a few known regions in the world, but for the most part Pelinore is unknown and unexplored. That’s one of the perks of the setting–there’s an organization called the Order of Heralds that are dedicated to getting out there and filling in the parts on the map where dragons be.

But, what Pelinore lacks in breadth is more than made up for in depth. Take this small corner of the world–you’ll find more detail on the setting in the Counties of Cerwyn and the City League than you will on whole continents in other worlds. And in this detail, the world comes to life:

It recognises that there is ‘life’ going on all over the fantasy world _in which your characters live, not just in their immediate vicinity. Just like in the real world, there are events taking place on every level, from the grand sweep of mighty Empires, warring, plotting and shaping whole continents, to the mundane activities of the lowest animals.

When you consider the world of Pelinore as a whole, the City League is a very tiny part, yet it is being viewed under maximum magnification, with the characters and places being presented in great detail. And because it is so large, the whole of the League can never be mapped in this way. This means that you, the DM, can create places and people of your own, and place them within the city.

So let’s dive right in to the City League and see what makes Pelinore tick. 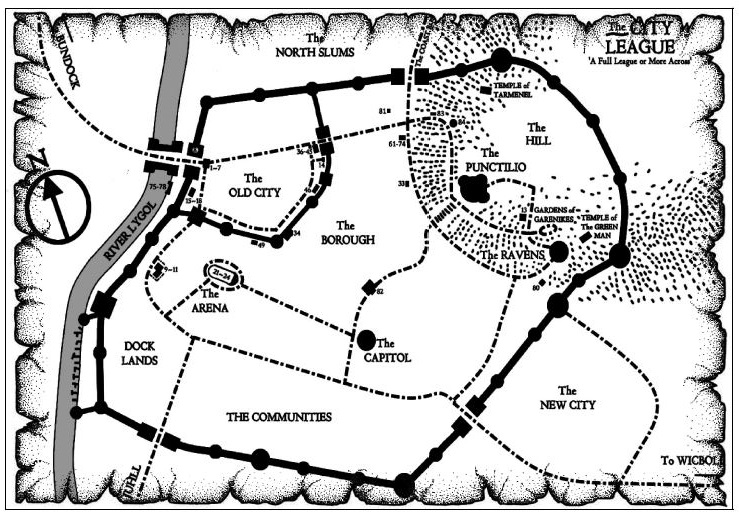 The City League is enormous. The stories say it began as a town at a conflux of trade routes that grew and sprawled and had a Clerk who managed it. And over time, with the flourish of trade and industry, the city began absorbing more nearby towns–becoming a league of cities, overseen by a now-hereditary ruler–the Knight Puissant, Clerk-at-Arms, First Servant of the City League–called the Katar for short.

And of course, anyplace where trade thrives is, of necessity, going to attract all manner of creatures and cultures, and there’s nothing quite like money to help smooth out any cultural rough edges–so the City League became a melting pot of races and cultures and cities and subcities that all come together in what might, from the outside, look a mess, but which the inhabitants lovingly call t’League.

We’ll begin with the walled off Old City, where many a traveller will journey after crossing the river Lygol. Here you’ll find Westmeet Square, with its collection of shops and shrines and pubs. Of particular note is the multidenominational traveller’s shrine with its pay-to-pray scheme where visitors may pray in a private booth, receive holy water or cure light wounds (all for a reasonable price), the Black Pig Public house, where you can get good beer and good food at reasonable prices, and its competition the Ford Inn which is overpriced at best.

Moving past the famed Westmeet Square, you’ll find the Docklands which, unsurprisingly are home to docks and also a courthouse. I wanna stop and zoom in here. As was mentioned earlier, Pelinore was assembled throughout the issues of Imagine Magazine–which meant that you could get very focused on tiny details that add to the richness of the setting. For instance, characters who have business at the court (on one end of the law or another) might meet one of the various magistrates, lovingly detailed here: 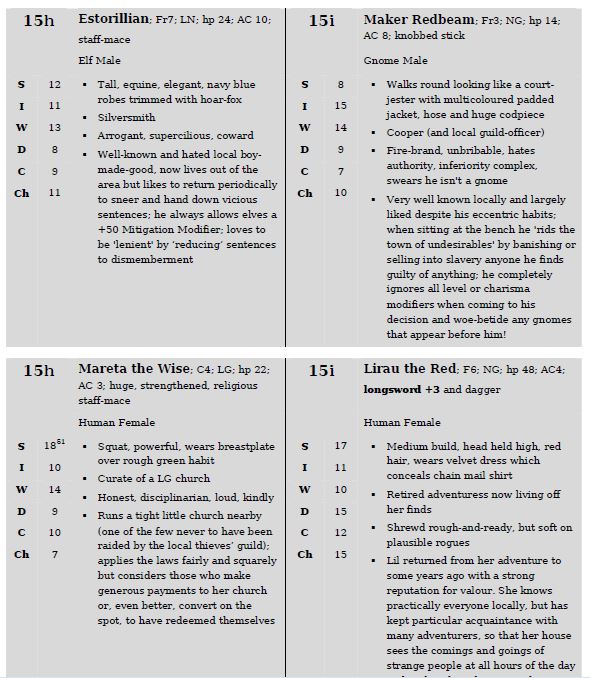 And if that wasn’t enough, there’s an entire section on crime and punishment, including rules for corruption and bribery among the guards, even a system for figuring out the degree of punishment a character might suffer in a section entitled “Society’s to Blame.”

On top of that, there are 13-ish guilds, a section on entertainments within the City League and we’ve not even left the Old City part of the City League. It’s huge–and it’s richly detailed. You could spend an entire campaign in one place and not hit everything in the City League portion of the setting. There are butchers, bakers, candlestick makers (for real), beggars, thieves, knights, theatres, libraries, marketplaces, tenant buildings–everything. Want detailed religions complete with heresies? Pelinore has them. Though they’re the more mundane sort of heresies–like wearing white after Labor Day or thinking that John Wick is a terrible movie.*

But for all the disparate details, Pelinore never feels overwhelming–there’s a sort of style to the way these details are delivered that really give you a sense of t’League. There’s a little bit of humor–there are elven weaponsmiths who are all described as “not knowing anyone outside of their associates” and a whole area devoted to “Pablo Fanquay’s Fair,” but all in all it never feels like the setting is a joke. It just adds to the sense that this is a vibrant world.

Its colors may be brown and grey and brown some more, but there’s life in all those urban shades.

Of course, there are other shades to the world of Pelinore. It’s not all sprawling medieval fantasy (with an emphasis on medieval) metropolises in Pelinore. There’s also the area in which the City League is situated: the County Cerwyn. 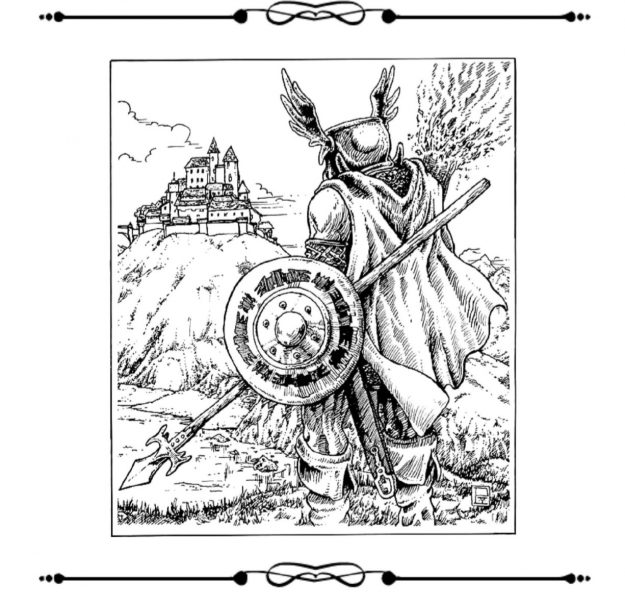 Cerwyn County is a largely human domain, established a scant three centuries ago by one of the old empires that seem to rise and fall. It’s not a vast county, but owing to the fact that there are two river valleys situated within its bounds, and the City League’s own reputation as a trade hub, Cerwyn County is a prosperous study in haves and have nots. For beyond the high walls of the City League and High Lygol, you’ll find villages of mud farmers and peasants who are all but beneath the notice of the more parochial Leaguers.

Heading further out you’ll find more and more small villages, thorps, and hamlets. We’ll take a look at just one in today’s article:

Braeme is a small village located within one of the fertile vlaes in Cerwyn County. In the ancient past, an order of druids made their home here. They have long since faded from history, leaving only their broken standing stones to mark their existence. The village itself is plagued by raiders, and though it is too small for a tavern, it is nonetheless detailed rather richly:

There are 101 villagers that live here (not all detailed) and they are looked after by Father Jeffrey, their local priest. He is a man who cares for his flock, and is especially loyal to the village headman and one of his cronies. 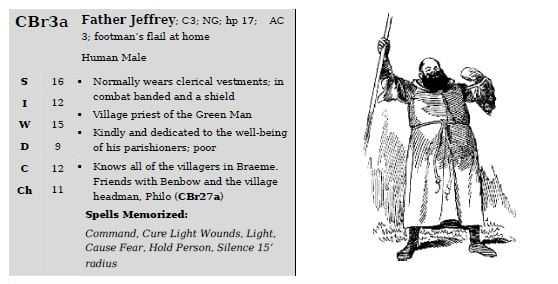 Further out from Braeme, you’ll find Burghalter, the town of Darkmoor (a nod to Blackmoor, almost certainly), and the river Lygol. And then you’ll find the rest of Cerwyn County. Beyond that, there’s not much information. Imagine Magazine closed up shop in October of 1985–and there was a brief rerun of the articles under GameMaster Publications, but for the most part, the setting has been lying there in wait, full of 1st Edition AD&D world-building/simulation at its finest…just waiting for someone to come along and explore it. 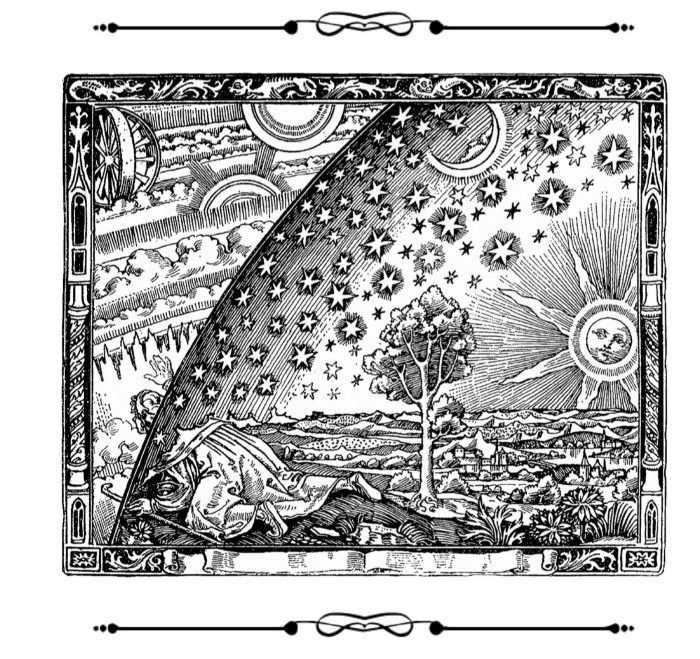 So whether you’re looking to dive into a little bit of retro gaming, or are looking for something that you can mine for all manner of NPCs or a world that really shows you how to put together a living, breathing place…the world of Pelinore has got what you need.

Special thanks to user Kellri over at TheRPG Site, who put together an incredibly well-edited version of the collected articles and maps. If you follow that link, you can find an e-book that’s a worthy addition to any campaign.

Now if you’ll excuse me, I’ve apparently committed double-heresy, so I need to go find out how well I can bribe the guards, and which magistrate is attending my trial…