Get ready to swash some buckles in a world of sail and sorcery! The basic rules for 7th Sea 2nd Edition are now available for free download!

7th Sea is a tabletop RPG set on the continent of Théah, a land of magic and mystery inspired by our own Europe. Players take on the roles of Heroes thrown into global conspiracies and sinister plots, exploring ancient ruins of a race long vanished and protecting the rightful kings and queens of Théah from murderous villains.

Do you like swashbuckling and intrigue, fast-paced action and high-adventure? How about movies like The Princess Bride or The Three Musketeers? If the answer is yes, welcome to the world of 7th Sea!

The Basic Rules cover Théah as a setting, character creation, and the rules for playing the game, making 7th Sea’s core mechanics and setting available to anyone with an internet connection.

All three Basic Rules PDFs are free to share and download, and we encourage you to do just that! We’re excited to make these resources available to new players, and we hope they make it easier than ever to recruit Heroes for adventures in Théah and beyond.

7th Sea holds a special place in my heart. The first big campaign I ever played in was a 7th Sea campaign that put us against warring cardinals, unsavory monsters, and corrupt mercenaries! It was fantastic–and 2nd Edition looks interesting. It seems to be more narrative-focused than the earlier edition of the game, which is not necessarily a bad thing. After all swashbuckling stories rely on the melodrama of their narratives–but one of the things that first edition did rather well was replicate the back and forth of a good fencing duel–I’m not sure how well that works here, but, as you can try the rules right now, there’s really only one way to find out!

So download them and discover a world of secret societies, sinister sorcery, swashbuckling swords, and sailing ships. The setting is fantastic–Theah is 17th century fantasy in all the best ways. Reading through the setting is like taking a look at a universe just sliiiightly different from our own. Definitely worth checking out even just for that. 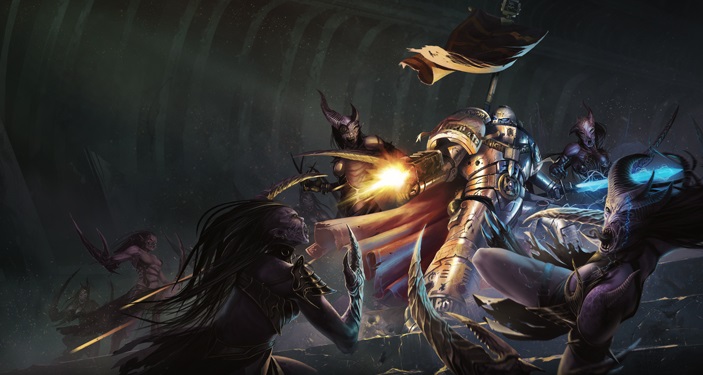