The BoLS Crew takes a look inside the covers of Gathering Storm III: Rise of the Primarch – Join us on a teaser tour!

If you don’t want this book Spoiled, just walk away because we are going to be talk about some of the events that happen in the new Gathering Storm III: Rise of the Primarch. So consider this your last warning!

Now this IS NOT a page-by-page flip through of the book. We do show off quite a few things in the book and give you a good idea of what you can expect within the covers:

Where to begin?! This book basically picks up moments after Fracture of Biel-Tan. The combined forces of the Aeldari and remaining Ad Mech/Imperial remnants have just crossed the webway and find themselves on the planet Laphis in the Macragge System. 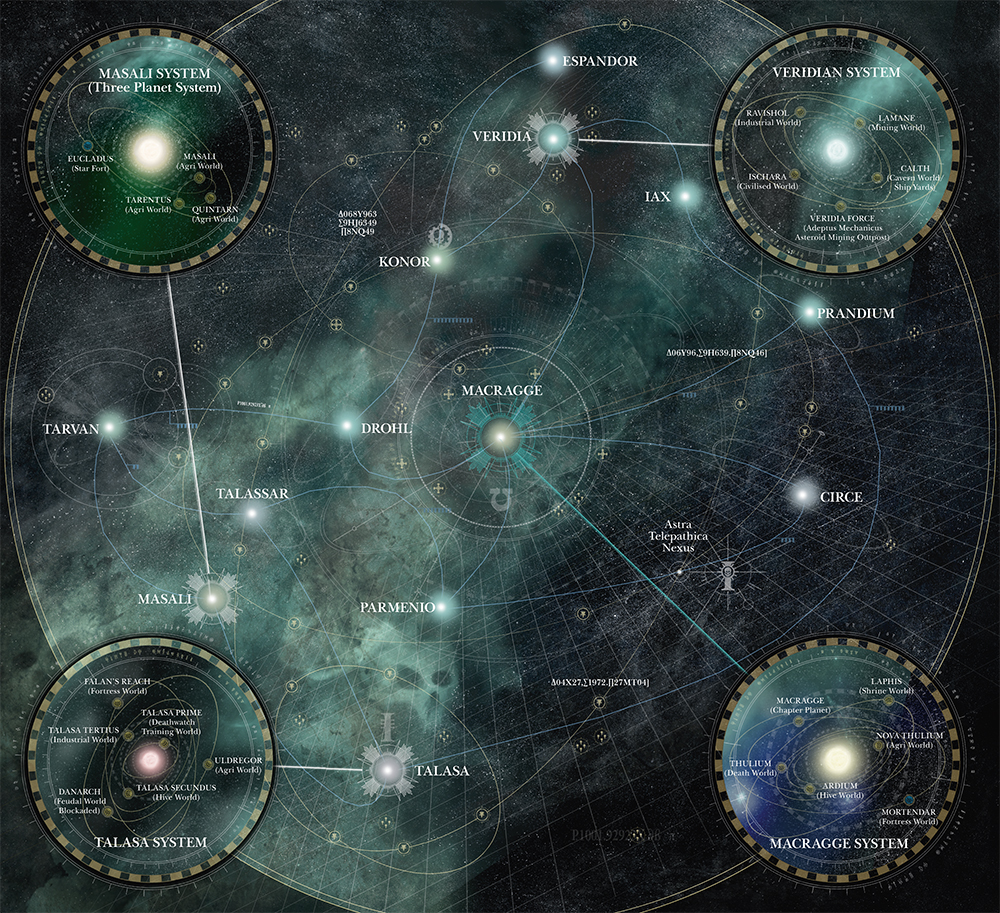 The Macragge System is actually under siege by the forces of Chaos who are attempting to prevent Guilliman’s return. You see, they have also had rumors and felt “grim tidings” in the warp and are attempting to circumvent this possible future from happening. And, to be fair, they do a pretty good job…They are besieging the Fortress of Hera where Guilliman has been entombed in stasis.

Unfortunately for them Cawl and Yvraine are on the scene and they are attempting to repair Guilliman. They lose power and the stasis field begins to fail…but, as you may have guessed from the title, Guilliman wakes. And he’s PISSED. It’s been over 9,000 years and he’s back on his home turf. As he comes around, news gets out and inspires the Ultramarines. Needless to say, Chaos has a bad time… 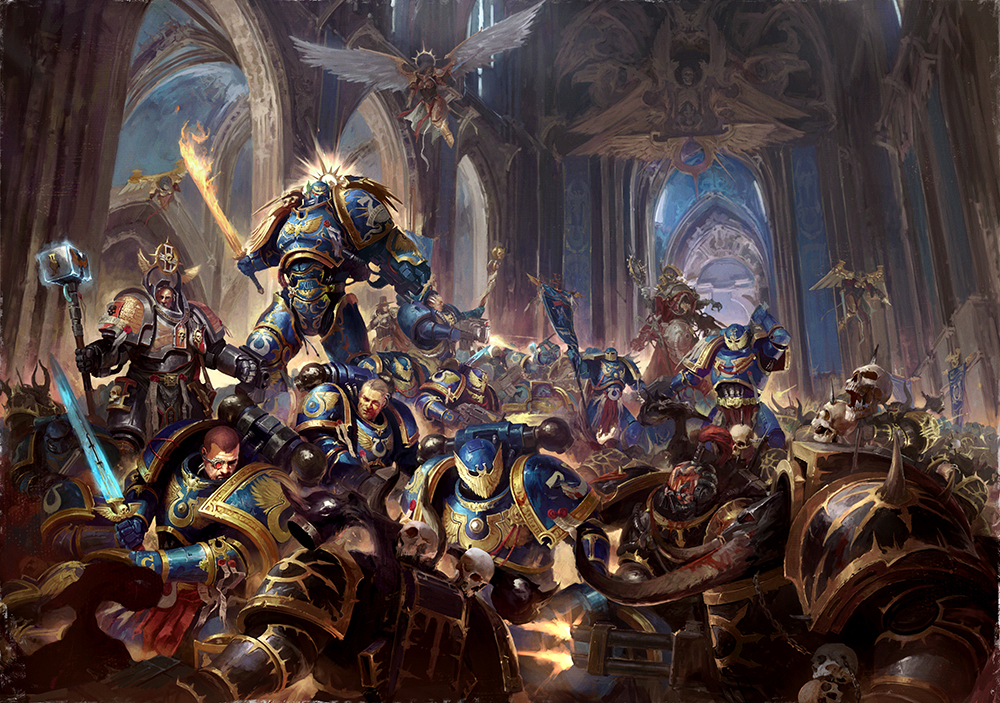 They spend a good bit of time re-organizing and re-deploying under Guilliman’s command. One of things I really appreciated about this Primarch is his super-human attention to detail. That and he listens to everyone in his command structure. He’s constantly getting updates from Calgar, Tigirus, Celestine, Cawl, and he even listens to the Aeldari. He’s like a sponge that is just soaking up all the data he can so he can make informed decisions based on facts and figures. And it pays dividends! 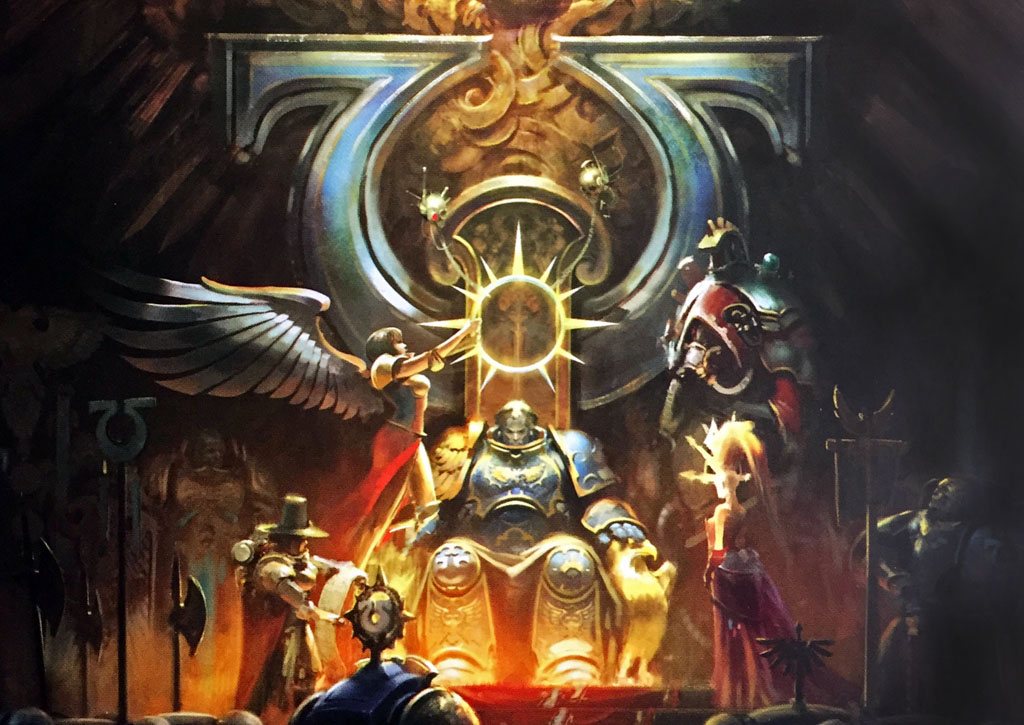 Fast-forwarding a bit, they secure the system and Guilliman is coronated as Commander of the Ultramarines. It’s a pretty big ceremony with Celestine placing the “Crown” on his head again.  On top of that, he rescinds the Heresey-Era Treaties of the 500 worlds, basically removing their autonomous status and folding them back into the rule of Macragge. Guilliman then makes the call that he needs to go to Terra and he leaves Calgar in charge to watch over the system in his absence. Marneus has his work cut out for him and this is a pretty big responsibility – He’s basically got to get the other planet’s in order and it’s going to be a busy time for him.

The Aeldari do “bow out” at this point having helped bring Guilliman back. They’ve also shed blood and helped to defend Macragge so it’s kind of an awkward good bye. They basically say, “We’re on board to fight Chaos…for now.” And “don’t forget, you owe us one.” without ever really saying those words. But Guilliman knows what’s going on. On top of that, The Aeldari figure they might not be too welcomed where Guilliman is heading, being Terra and all.

What happens next is a pretty epic “road trip” through the warp. I’m going to gloss over a lot of the details here because you really should check the book out for yourself but let’s just say there are lots of daemons and chaos marines involved. Kairos Fateweaver shows up, Skarbrand shows up, Magnus pops in – I’m pretty sure there is Chaos Fortress involved at some point…Oh and they pick-up a few new Hitch-hikers: Cypher and the Fallen. 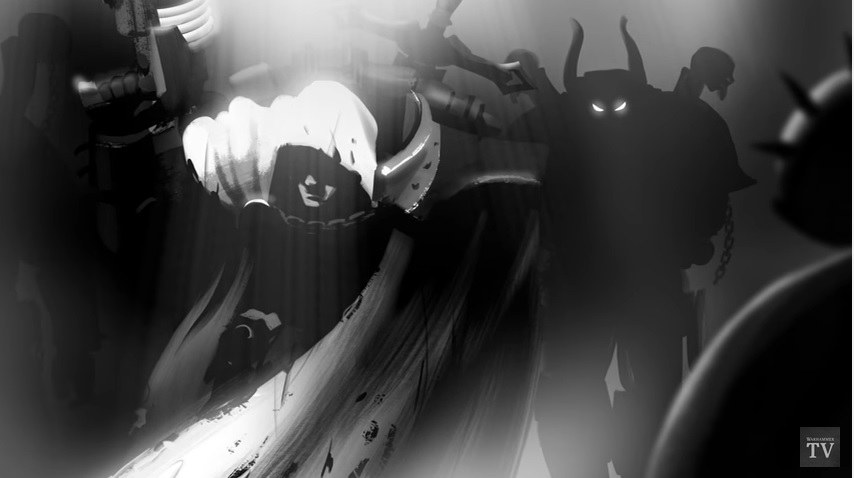 But Guilliman isn’t the only one to have a “fun” trip. I skipped over the fact that the Grey Knights showed up back at Macragge. Well, after a daemonic invasion Voldus get’s promoted to Grand Master by none other than Draigo who shows up for a few paragraphs and then has to go back to the warp. Draigo is so impressed with Voldus’ fighting and psychic abilities he dubs him Grand Master on the spot…It was a short, but impressive interview process.

Eventually, the crew makes it way to Terra. Now, I’m not going to ruin the ending for you, but I will say it ends on a pretty positive note. At least positive for the Grim Dark. Guilliman makes it to the Emperor’s chamber and no one “dies” although he does spend some time in there alone. When he comes out he’s got a plan and a mission. The Imperium is back and it’s time for him to take the reigns…

Overall, it’s a relatively quick read. It’s a lot like the previous installments. Things happen and a pretty quick pace and there are TONS of cameos in the book. A couple of other “primarchs” pop-in for a few pages, but they are of the Daemon variety. They are all scheming and have their own machinations and plans…

Aside from actually advancing the narrative of the 40k universe for roughly 90 pages, this book also has a bunch of new missions and scenarios. If you want to actually play through the story you can by following the missions as presented. It’s a nice touch for the more narrative focused players out there.

Rules wise, this book contains all the goodies for all three members of this Tirumvirate: Guilliman, Cypher and Voldus. We get to see a new faction added with Fallen and Cypher. And let’s not forget all those new formations/detachments across the board for the Space Marines, Grey Knights and Fallen.

I know a lot of folks have been looking at Guilliman’s stats and have noticed that he’s a Monstrous Creature (Character) and have been thinking, “That’s terrible. He’s as vulnerable as a Carnifex to Drop-pod Grav Spam!” And while that’s partially true, there is a formation in the book that will allow him to get Look Out, Sir rolls. So while he might not be able to join a unit, he can basically function like he’s part of one.

A couple of paragraphs of my paraphrasing doesn’t really do this book justice. But hopefully you’re interested enough to want to go and pick this book up for yourself. If nothing else, it will get folks talking about the state of the 40k universe again – and where the Imperium goes from here. It’s a good capstone to the Gathering Storm story arc and it’s a solid enough foundation to move ahead.

I get the sense that these books are going to set the stage for when 8th edition drops. I don’t think a retcon of these events is coming – I think GW is going to build off of these events for a new era of 40k. The Storm has been gathered. The pieces are in place. There will be a reckoning between the forces of Chaos and the forces of the Imperium. I don’t know what’s in store but I can’t wait to find out what happens next!

Guilliman is BACK and he’s ready to punch Chaos in the face!

Author: Adam Harrison
Writer, Editor, Texas Native, and Austinite for 15+ years, Adam covers all things Tabletop Gaming. Which includes Warhammer 40,000, Age of Sigmar, D&D, Board Games and everything else that involves dice, boards, cards and a table. A hobbyist, player, and collector of miniatures and games, Adam's current obsession are his Death Armies for Age of Sigmar, his Blood Angels and Tyranids for 40k, and his ever growing Arkham Horror: The Card Game Collection.
Advertisement
Games Workshop Lore Tabletop News Unboxing Videos Warhammer 40k
Advertisement 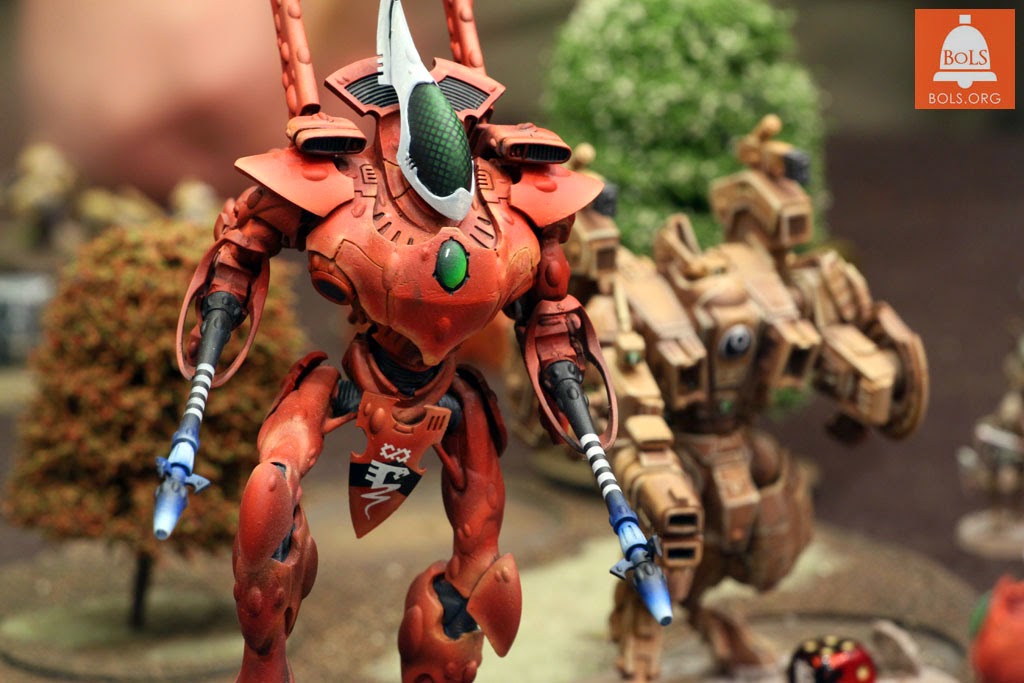