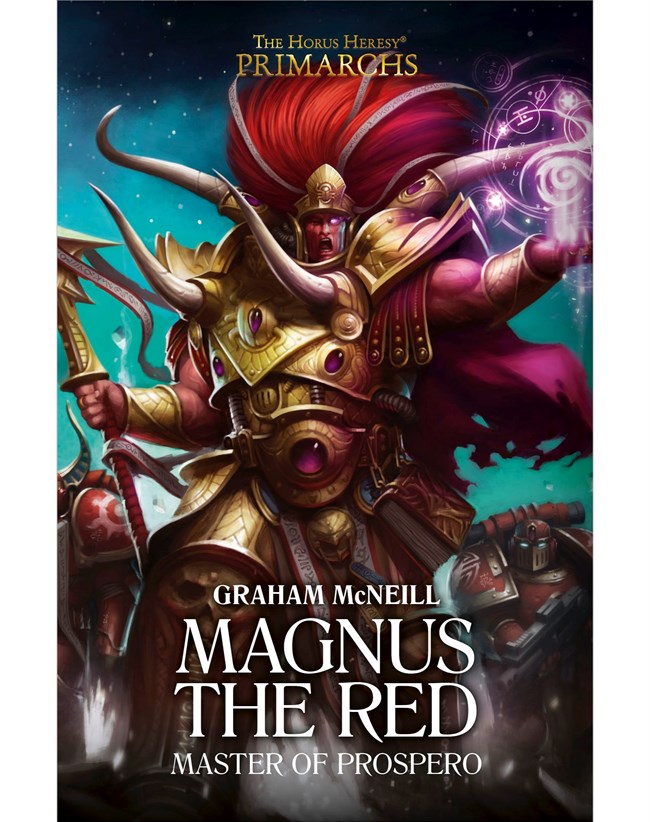 Fighting in the Great Crusade beside his staunchly anti-mystical brother Perturabo, the psychic primarch Magnus and his Legion of knowledge-seekers must walk a fine line between their mission and their own desire to learn forbidden secrets.

THE STORY
Lord of the mystical and uncanny, Magnus the Red has long studied the ancient crafts of sorcery. A psyker without peer, save only for the Emperor himself, he commands his loyal followers of the Thousand Sons Legion in the Great Crusade, though also vigilant for any lost knowledge they might recover from the remains of dead human civilisations. Now, fighting alongside his brother Perturabo of the Iron Warriors, Magnus begins to foresee an approaching nexus of fate – will he remain true to their mutual aims, or divert his own efforts towards furthering his own mastery of the warp? 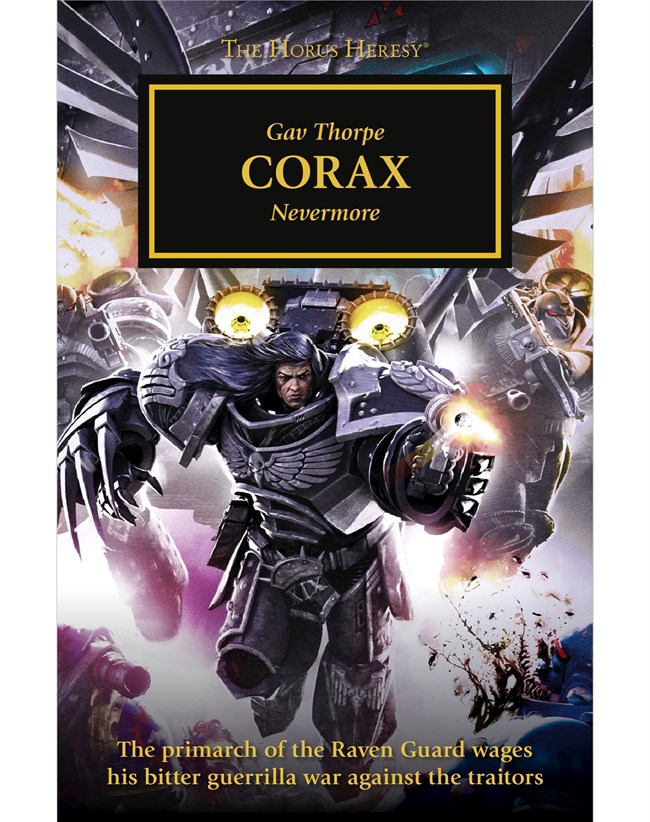 The Lord of Ravens, Master of Deliverance, Primarch Corvus Corax of the Raven Guard takes centre stage in a collection of works by Gav Thorpe that explore his campaign of vengeance against Horus’ allies and his desperate attempts to hold his Legion together

DESCRIPTION
After Isstvan, after Deliverance, the Raven Guard still endure. Their primarch Corvus Corax has rallied countless warriors to his banner, striking back at the forces of the Warmaster on every front – from the degenerate hereteks of the Mechanicum to the cruel legionaries of the Sons of Horus, none shall escape his wrath. But although Corax has managed to stall the physical corruption of his own Space Marines, what of their spirit? And what sinister end must await those who dwell forever in the darkness?

This anthology contains all of Gav Thorpe’s tales of the Raven Guard in the Horus Heresy – the novellas Soulforge and Ravenlord, and short stories ‘The Shadowmasters’, ‘The Value of Fear’ and ‘Raptor’. Also included is the brand new novella Weregeld, taking Corax’s legend to its grim conclusion. 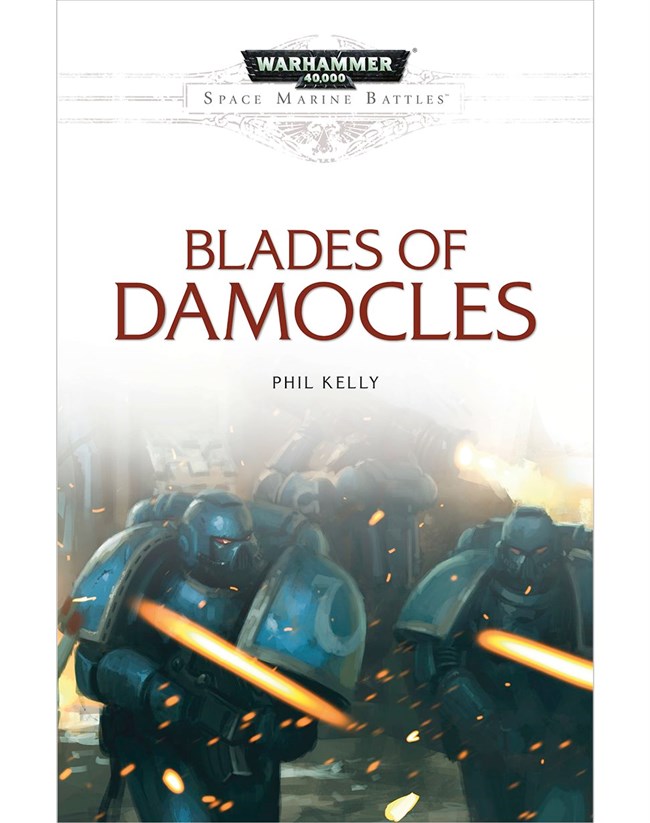 Setting out to exterminate the upstart Tau Empire before they become the threat, the Ultramarines under Captain Atheus discover that the xenos may be more of a menace than they originally believed…

THE STORY
The Imperium of Man takes its bloody revenge upon the expansionist Tau in a war of dizzying spectacle. Chainsword and jump pack is pitted against cutting edge battlesuit technology, whilst the Codex Astartes is matched against the tau Code of Fire. For the first time, the daredevil warriors of the Ultramarines Assault Company go to war en masse, fighting in the skies, in the streets, and even in the prototype testing facilities of the Earth caste. Sergeants Sicarius and Numitor must overcome their hunger for glory as the brightest stars of the Tau Empire, Commanders Farsight and Shadowsun, hunt them to the brink of disaster. As a white-knuckle ride of conflict sees the Space Marines fight through one lethal ambush after another, they must deal with conflicts from within the ranks as well as from without. Tempers run short as battle-brothers fall, ammunition runs out and the course of the war takes ever-darker twists and turns. With two warrior cultures struggling for a vital edge and the body count spiralling towards a terrible conclusion, can notions of honour and duty survive at all? 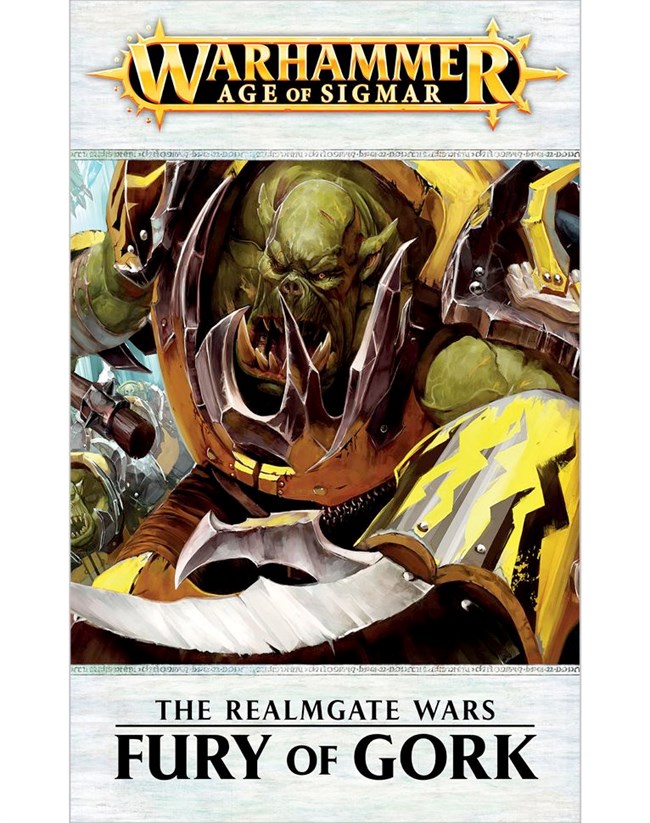 Still in search of allies for their war against Chaos, the Stormcasts brave the Ghurlands… but someone else is there, a champion of Tzeentch seeking a mighty weapon. Only a dangerous mission into the Howling Labyrinth can stop the sorcerer before it’s too late.

THE STORY
Zephacleas and his Astral Templars have been sent into the wildest regions of the Ghurlands to seek out Gorkamorka, the double-headed god of the orruks and one-time ally of Sigmar in the age before Chaos. However, their search is interrupted in the boneyards of the gargants by the Tzeentchian sorceress Sharizad, who quests for a powerful daemon sword. Aided by the black-clad Sons of Mallus, the Astral Templars must brave the Howling Labyrinth to stop the weapon from falling into the wrong hands – and unexpected allies in this mission might lead them closer to their original goal: meeting the fist of Mork and the fist of Gork.

Stormcast and Orruks…bros for life? I ship it… 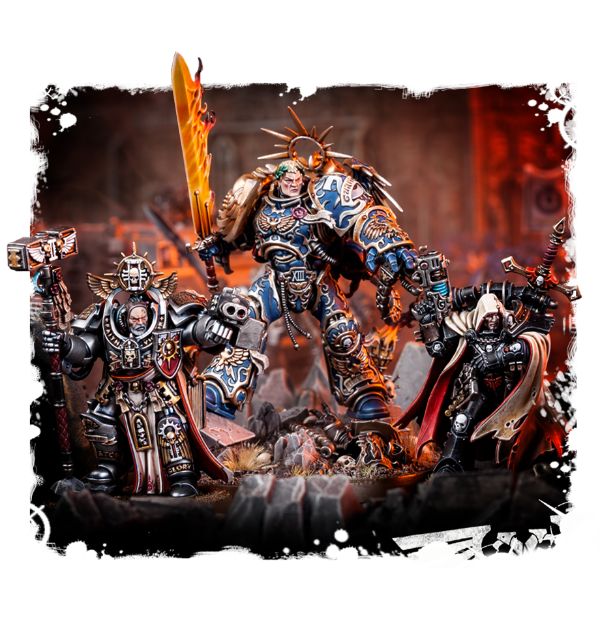