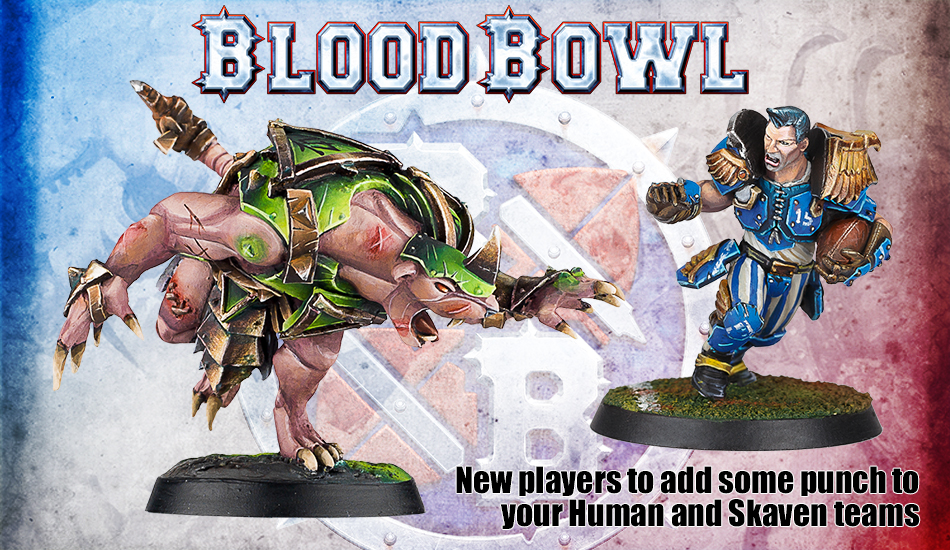 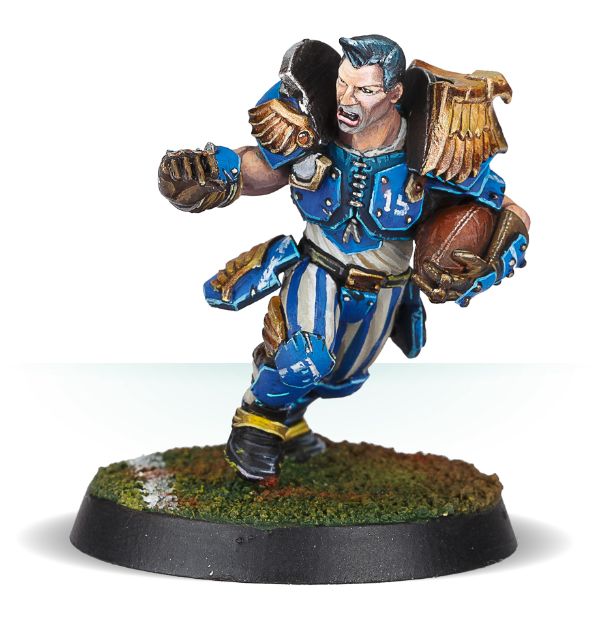 Oberwald’s qualities are those of the classic Blood Bowl hero. He’s tall, superfit and strong, with a grace and co-ordination that can leave most other players standing. Instantly recognisable across a murky Blood Bowl field by the splattering of gore across his kit, Oberwald cuts a very dashing figure and it’s no surprise the girls go wild when he has the ball in his capable hands. 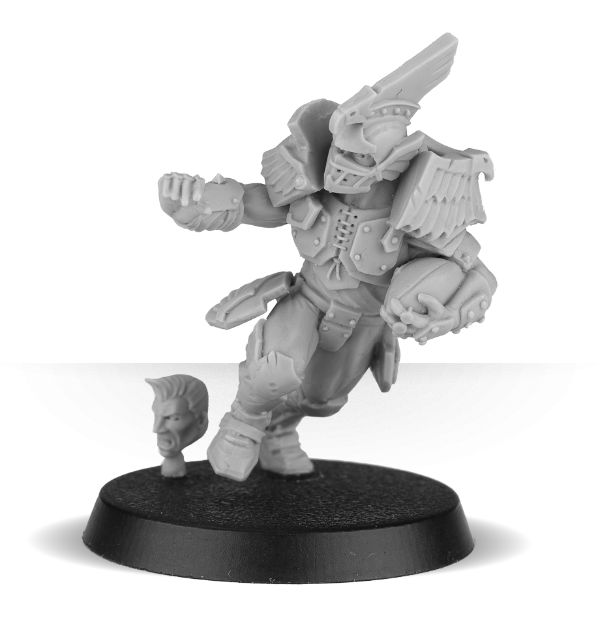 The very peak of square-jawed, sculpted manliness, the world-famous Griff Oberwald and his excellent quiff can be added to any Human Blood Bowl team. He’s clad in just enough armour to protect his vitals, while leaving him free to run as quickly as possible, and his sneering face (covered with a helmet or not; your choice) and knuckledusters show he definitely means business on the pitch. Rules for fielding Griff Oberwald are found as a Star Player card in the Blood Bowl boxed games, as well as in Blood Bowl Death Zone Season One. 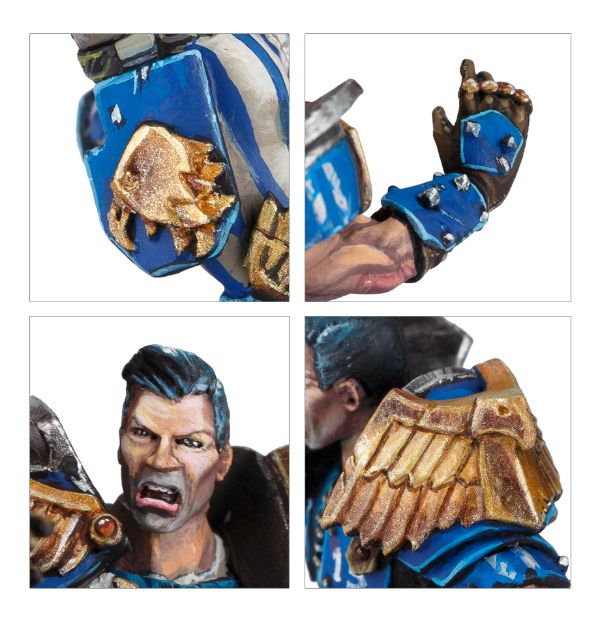 This resin kit comprises 6 components, and includes 2 32mm round bases, one featuring a hole to slot a ball into, indicating possession of the ball in your games of Blood Bowl. 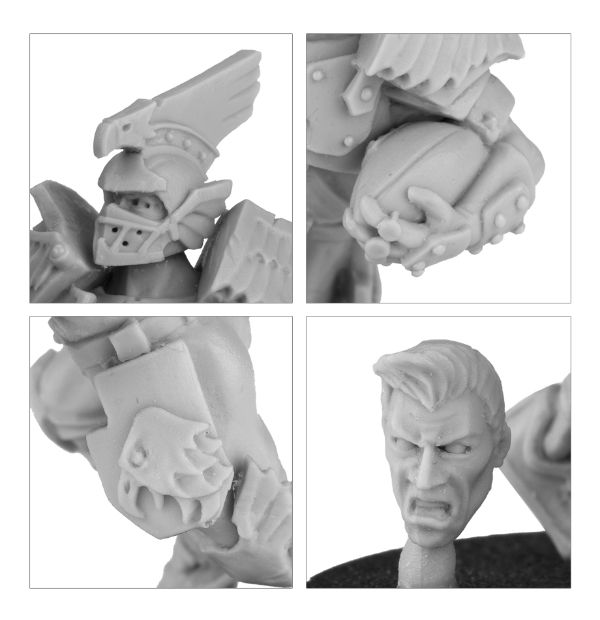 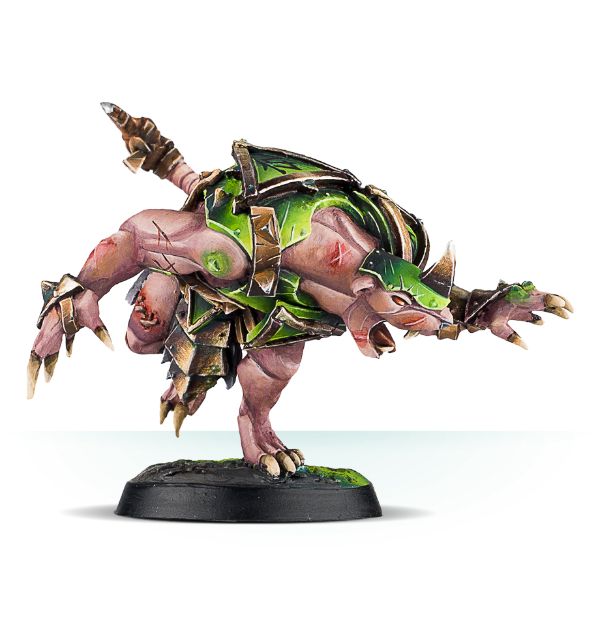 When Skaven teams want to add a bit of punch to their line-up, the most popular option is to recruit a Rat Ogre. Created through an unholy combination of selective breeding, dark sorcery and warpstone-enhanced surgery, these monstrous brutes stand twice the height of their team-mates. Their crushing fists, razor-sharp fangs and single-minded devotion to slaughtering anything that isn’t wearing their team’s colours make them a real asset on the pitch. Coaches should be warned that training a rat ogre to pick up a ball is unlikely to go well, and indeed, getting one to do anything other than rip opposing players to shreds is always going to be a challenge. But then, that’s what the rest of the team’s for, right? 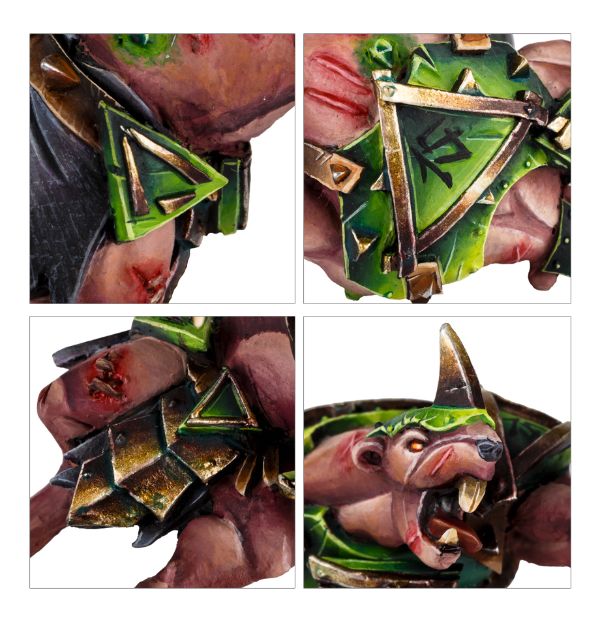 Field the Rat Ogre as a Big Guy for any Skaven team with this resin kit. Bursting out of his armour, muscular frame covered in raised welts and gashes, this is a miniature that truly means business; from his eager claws to the sharp blades tied haphazardly to his tail. His rules are available in Blood Bowl Death Zone Season One. 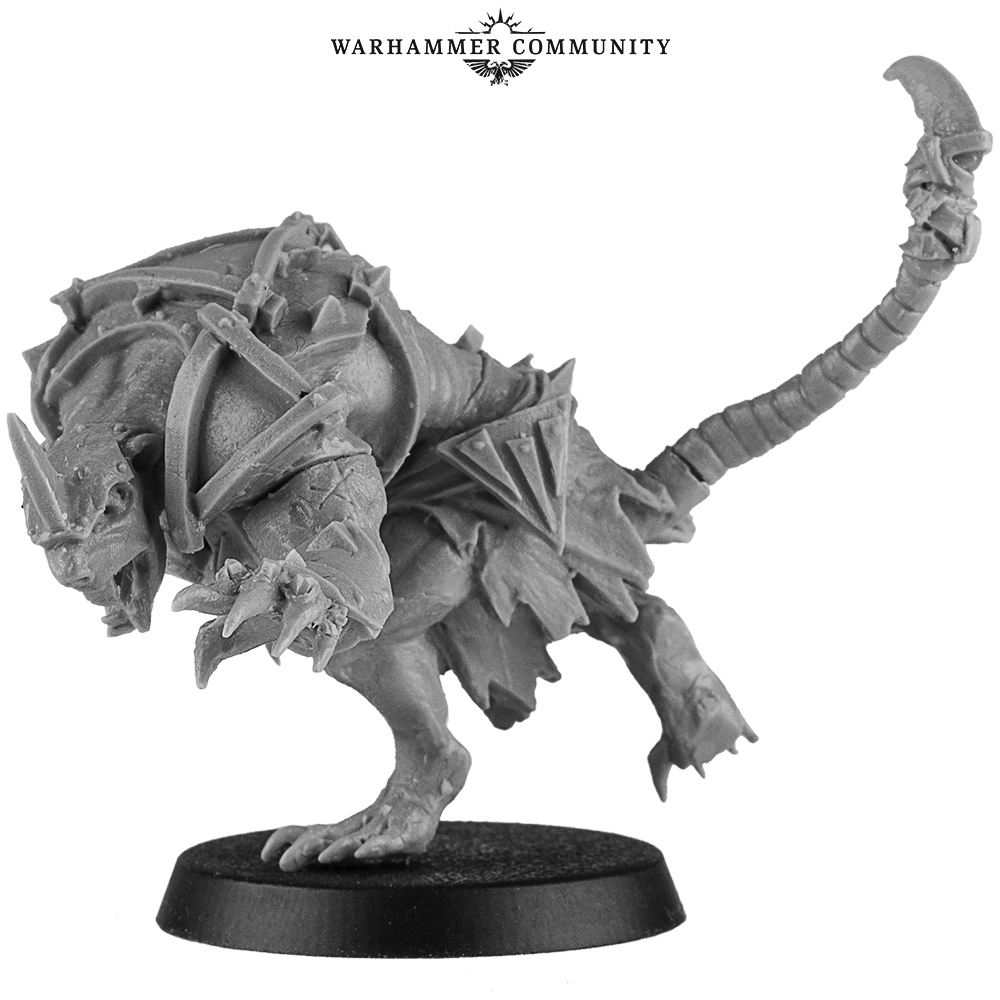 The 9-component resin kit includes 2 32mm round bases, one featuring a hole to slot a ball into, indicating possession of the ball in your games of Blood Bowl.

The All Star Reikland Reavers £56 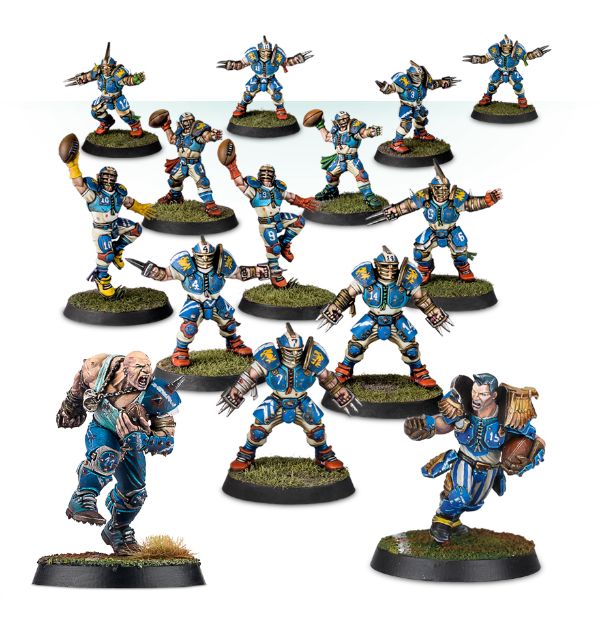 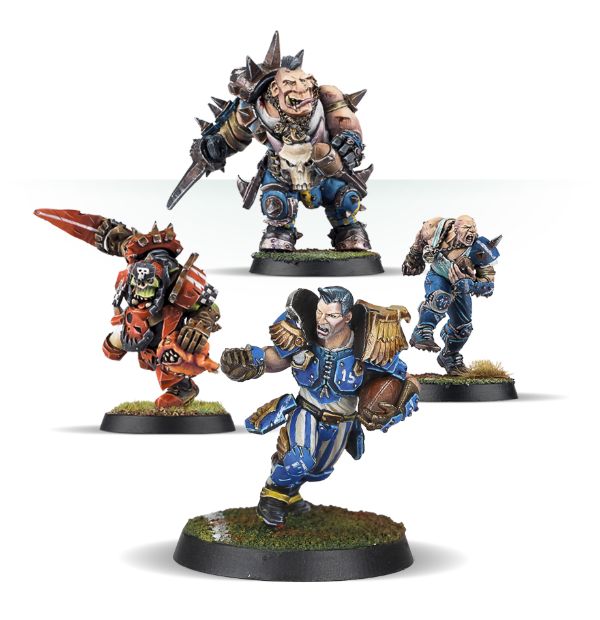 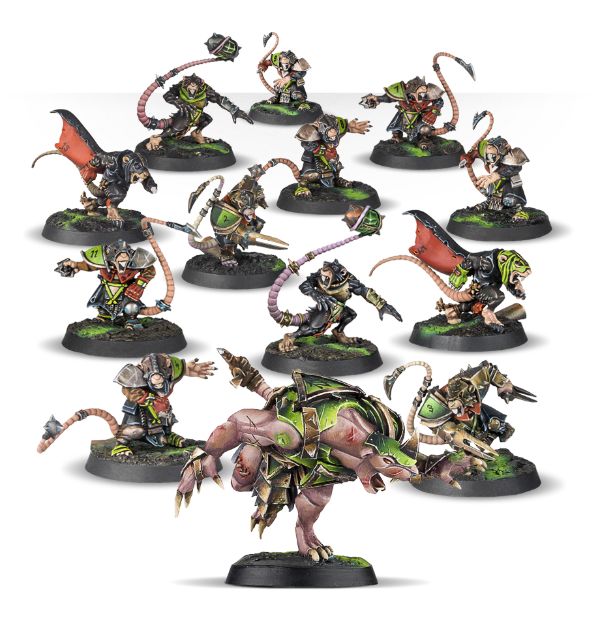 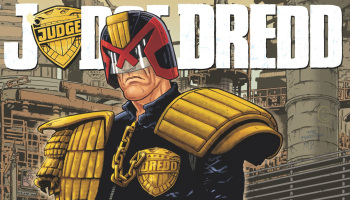 Griff Oberwald – He is the law.

Author: Adam Harrison
Writer, Editor, Texas Native, and Austinite for 15+ years, Adam covers all things Tabletop Gaming. Which includes Warhammer 40,000, Age of Sigmar, D&D, Board Games and everything else that involves dice, boards, cards and a table. A hobbyist, player, and collector of miniatures and games, Adam's current obsession are his Death Armies for Age of Sigmar, his Blood Angels and Tyranids for 40k, and his ever growing Arkham Horror: The Card Game Collection.
Advertisement
BloodBowl Forge World Games Workshop Miniatures Tabletop News
Advertisement 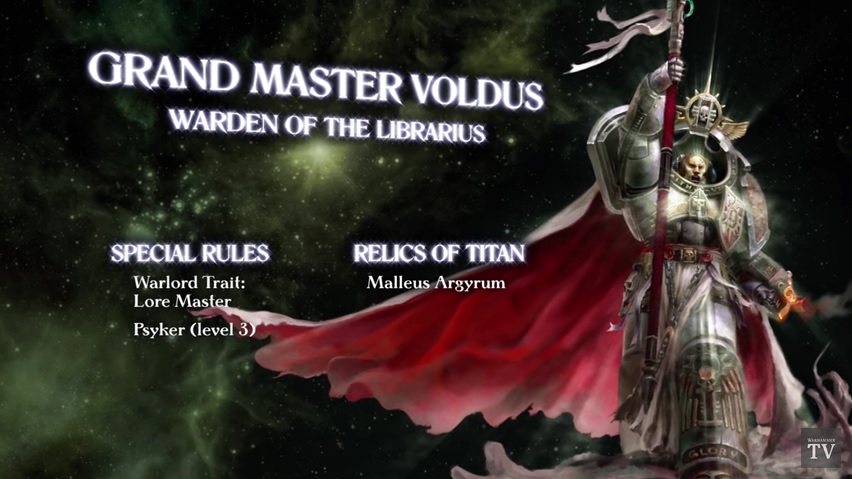