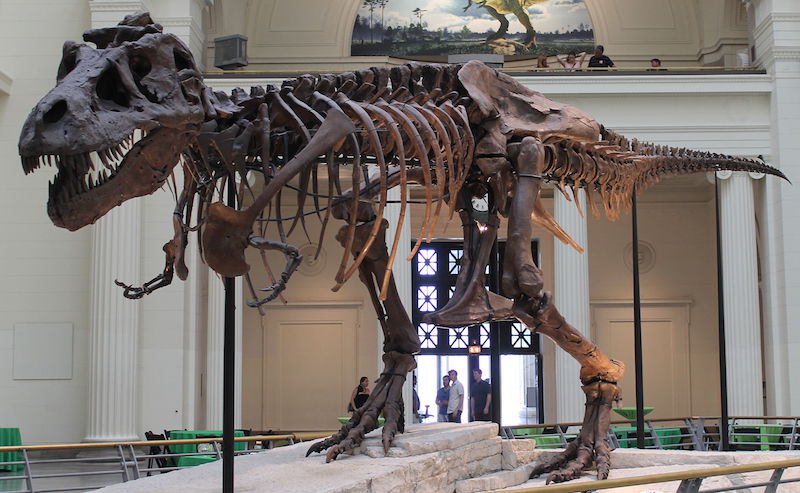 The T-Rex that stands in the Field Museum in Chicago is DMing a game on Twitter.

Sue aka FMNH PR2081 is a the world’s largest, best preserved t-rex skeleton ever found. She was found in South Dakota in 1990 by paleontologist Sue Hendrickson. She is not new to social media – she has a heavily used Twitter account and a Facebook page. She strayed from her usual conversation to run a 4 day long D&D campaign on her Twitter last week.

It started with bad a joke:

When a hadrosaur plays Dungeons and Dragons, what class do they play?

It evolved into a full fledged game over more than 50 tweets over 4 days, and included audience participation via polls and dice rolls. Some highlights:

@SUEtheTrex JUST THEN, SEVERAL BRIGANDS LEAP OUT. Their cloaks show they are from the @GLScienceCtr guild, of the accursed “Cleaved Lands.”

@SUEtheTrex You manage to charm several of the brigands. And due to your race (Hadrosaur), you blow their minds with dinosaur facts.

Check Out the Full Game Here