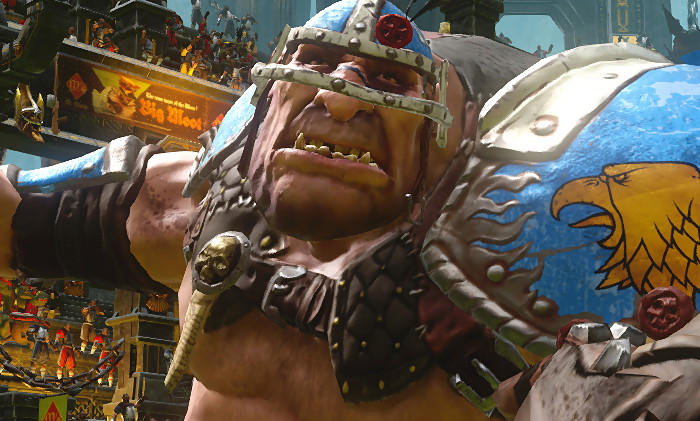 The Blood Bowl Ogre and Human Teams are out now and we’ve got them under our Tabletop Spotlight!

Who’s ready for some Football, Blood Bowl style!? Our friends at Dragon’s Lair Comics & Fantasy were and they brought over a pair of new kits for your games:

The Human Team is now available and a lot of folks (myself included) think it’s about time! Now, it shouldn’t shock anyone but the sprues in the kit are the same ones from the Blood Bowl starter box with one major difference: The plastic is Grey and not Blue. Is that a big deal? Eh…okay, so maybe it’s not that major. But that was the only difference I noticed. 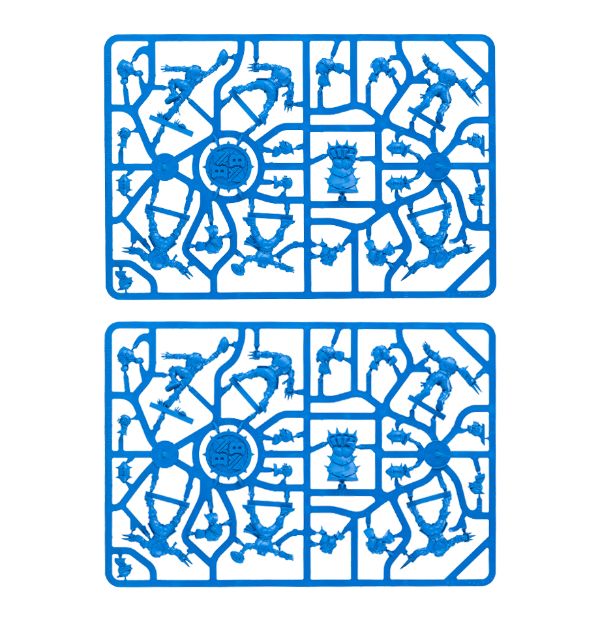 I don’t really feel like we need to get into those plastics again because we did a pretty extensive review on them before which you can read HERE. The Ogre however is another story…

The Ogre Kit is a new and plastic. It’s a pretty simple single sprue kit and it’s fairly compact. That said, it’s a fantastic model kit. The details are sharp and crisp and the Ogre’s face is actually fairly well expressioned. I also like the bit of armor that the Ogre has – like the gut plate and chainmail. This model is also cut-up in such a way that when you actually assemble it, most (really all) of the seam-lines are hidden. The only down side is that this model makes me wish for more Ogres or at least some pose options! It kind of makes me wonder what GW could do with an entire team or ARMY of Ogres that were sculpted this well…Oh the possibilities… 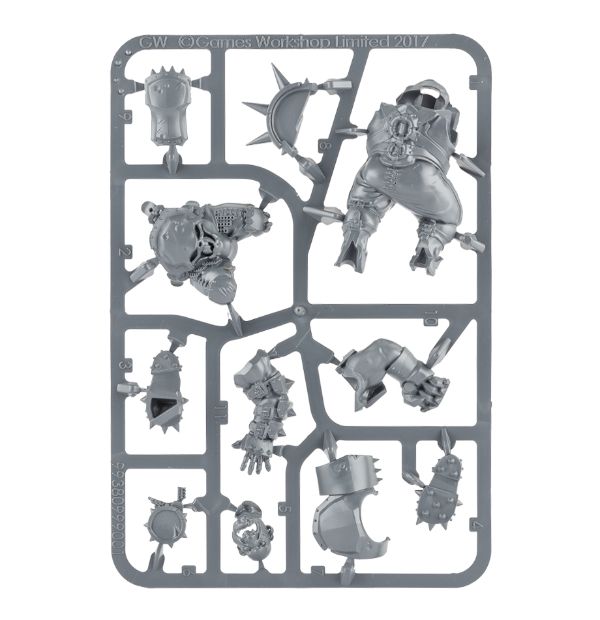 Any way you slice it, having the Human Team and Ogre additions to the game is a good move for GW moving forward. I’m guessing we’ll see the Orc Team soon after this. After that, who knows! I’m hoping for some new Chaos models, or Death or maybe even Lizardmen! But for now, I’ll just have to settle for my new Ogre addition: “King” Karl Gutbuster. Don’t forget the “King” part…He hates that. 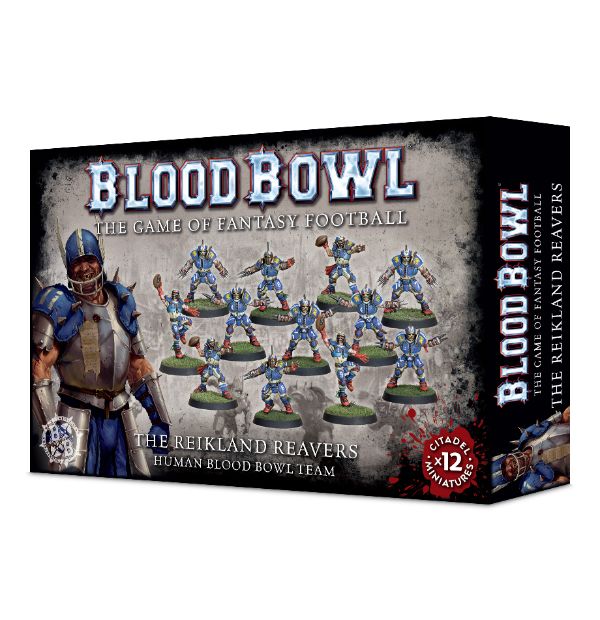 Known during their first few seasons as the Altdorf Acolytes, the team who became the Reikland Reavers quickly established a reputation for their great skill and ability on the pitch. Some judicious transfer decisions, helped by the impressively deep pockets of original owner DD Griswell Snr., has seen the team rise to the top during their long life. Now, with DD’s great-grandson JJ Griswell Jr. at the helm, the Reikland Reavers are probably the finest all-round team in the world. 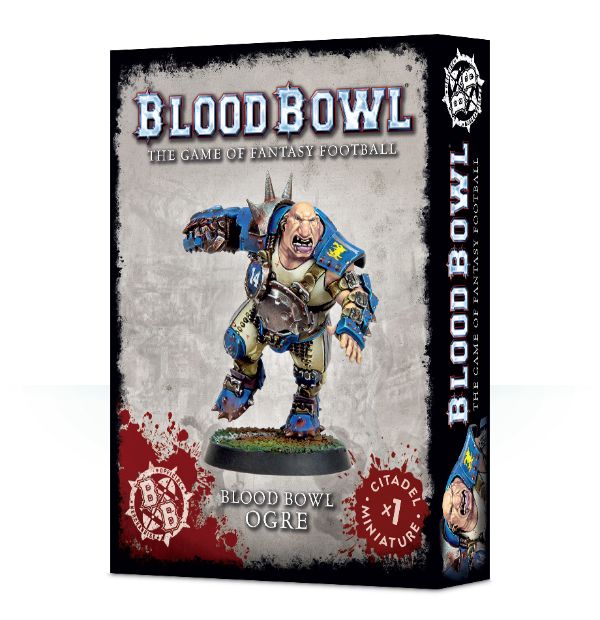 Able to smash, crash and bash through even the toughest opponents, Ogres provide Human teams with that touch of utter brutality sometimes missing from their rosters. It’s not that the Humans they play alongside are puny, far from it – it’s just that sometimes a wall of linemen needs to be shattered, and an Ogre can get the job done much more quickly, and with much nastier results. It’s just more efficient!

This multi-part plastic kit contains the components necessary to assemble a Blood Bowl Ogre. He comes supplied with a 32mm Blood Bowl round base, featuring a hole to slot the ball into when your miniature has possession.

Author: Adam Harrison
Writer, Editor, Texas Native, and Austinite for 15+ years, Adam covers all things Tabletop Gaming. Which includes Warhammer 40,000, Age of Sigmar, D&D, Board Games and everything else that involves dice, boards, cards and a table. A hobbyist, player, and collector of miniatures and games, Adam's current obsession are his Death Armies for Age of Sigmar, his Blood Angels and Tyranids for 40k, and his ever growing Arkham Horror: The Card Game Collection.
Advertisement
BloodBowl Games Workshop Miniatures Tabletop Spotlight Unboxing Videos
Advertisement