Mastering the Four Elements is the first step in winning this “Go” inspired strategy game.

The Tabletop Spotlight is all about showing off neat games you might not have seen or heard of and thanks to our friends at Dragon’s Lair Comics & Fantasy we have another really great strategy game to showcase today: Element.

Element is a game about removing all the movement options for your opponent’s Sage. It’s a great mix between classics like Go or Chess, but with some new twists to keep things interesting. There are 4 different elements in the game that have different effects. Fire spreads, Water flows, Earth can become mountains, and Wind allows players to jump over obstacles.

The game play does have a bit of a learning curve – learning the correct movement for the different elements is a bit tricky for first timers. But after a few minutes with the rules (which you should read right HERE) and some hands on experience anyone can learn this game. 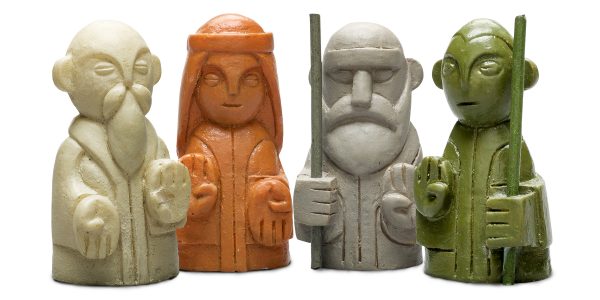 Each turn the Sage can move 1 square and the player may draw up to 4 Element Stones. They can also forgo drawing stones to add an extra space of movement for the Sage. This random element to the game coupled with some smart play can really make Sages hard to pin down. But that’s part of the challenge of this game!

The board is made of pretty typical components. The Sages were a heavier plastic or resin and the tokens were too. But really, this is one of those games were I think the physical components take a back seat to the game play and strategy of the game. Not that it’s a bad thing, but because the game play is just really interesting.

Overall, if you’re looking for a game that will really make your brain work then you should check out Element. It also supports 2 to 4 players! So if you are in a Chess club or if you have a group that likes Go then bring this to your next gathering and see how folks like it – who knows, it could be a nice change of pace! 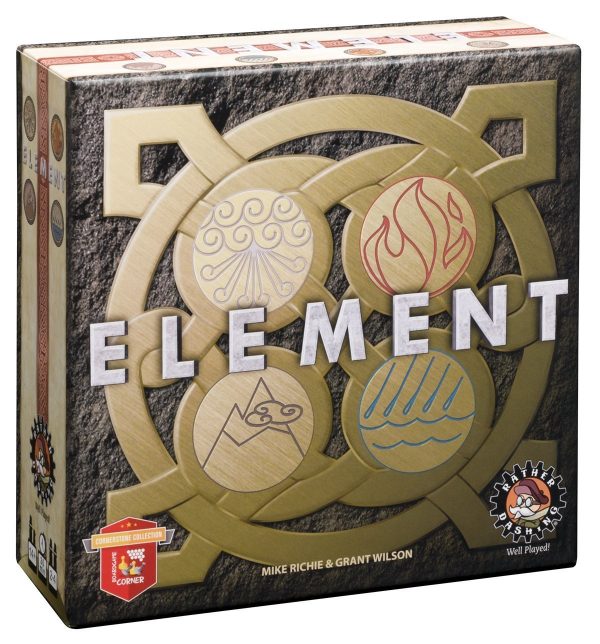 Fire, Water, Earth, Wind. These four elements have driven mankind’s mythology, philosophy and science for eons. Now, master the power of these primal forces in this easy-to-learn, but deeply strategic game of capture and area control.

In Element, players take turns drawing and placing four element stones to encircle opposing sages. Each element has unique properties players can use to block an opponent’s movement.

Feed walls of flame, move raging rivers, raise impenetrable mountain ranges, and even bend Wind to your command. Transform one element into another with the rule of replacement or sacrifice element stones to help your sage avoid capture.

Understanding the subtle, diverse yet powerful nature of the four elements is key to surrounding your opponent and claiming victory!

The Fifth Element is your Brain!