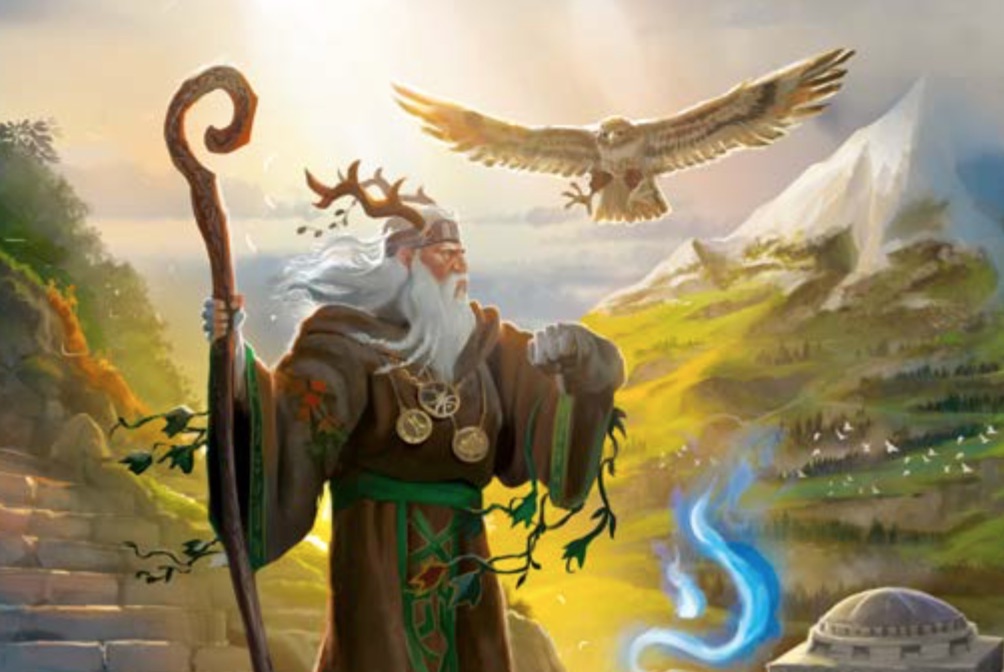 Meduris, a family friendly game of resource management is under the Tabletop Spotlight!

One of the things I really like about having the folks from Dragon’s Lair Comics & Fantasy come over is that they bring such a wide variety of board games. Meduris is a new one from Haba and I probably wouldn’t have know about it if they hadn’t of brought it over:

Now, some folks might write this off because of it’s family friendly age range of 10-99. But really, just because it’s simple doesn’t mean its easy. The goal of the game is to score enough points with the Druid to become the next chief. To score points you have to collect rune stones and resources which you can present to the druid as an offering. The scoring is the easy part however because the real trick is the worker placement. 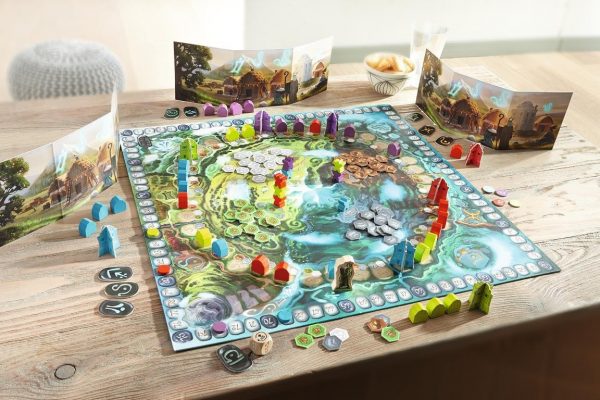 At it’s core, that’s really what this game is all about. You have a limited number of workers and resources to work with – and the clock is ticking as well. The Druid only circles the board twice so you’ve got to be strategic with your placement. You can also for-go giving him an offering in order to build-up your settlements or construct a temple. But all these decisions can have an impact on your score at the end of the game.

The game pieces are a combination of punch-out tokens and wooden stand-ins. It’s all fairly high-quality stuff so durability won’t be an issue for this one. The art and the board are gorgeous looking and I was really impressed with the look of the game. Also, each player gets their own “DM screen” – this game isn’t a shared info game! You don’t have to “show your hand,” so to speak.

Overall, if you’re into resource management games with a cool style and lots of replay value then check out Meduris from Haba. It’s great for family game night and it’s another game where the “adults” won’t get board of this one either! 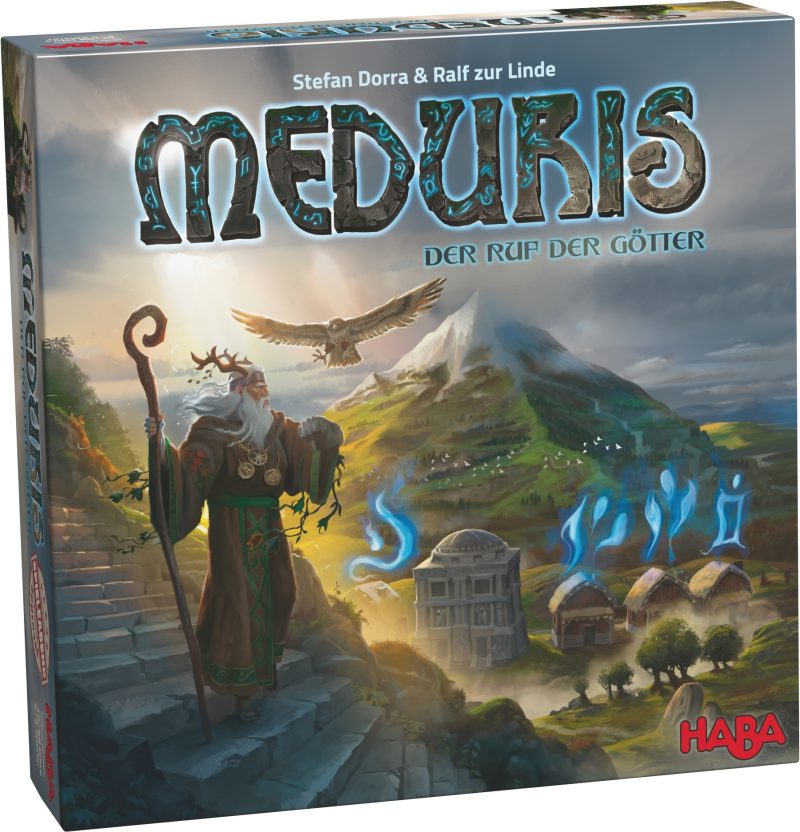 Following the call of the gods, your people strike out to settle at the foot of Mount Meduris. The mountain is dedicated to the most important of the Celtic gods and has fertile soil and plenty of raw material awaiting brave settlers. The fields are full of juicy grass for your sheep, and there are quarries, mines, and dense forests. The area at the foot of the mountain is divided into nine districts, whose rune stones indicate the worship of various gods. As the four chosen ones, it is your task to develop the settlements and delight the gods. Your workers obtain the materials for constructing huts and temples on the high plains of the mountain. Only a player who obtains enough materials, cleverly selects the site of their huts and temples, and gains the mercy of the gods by making offerings to the druid will be selected as leader of the tribe.

Will you answer the call?

Author: Adam Harrison
Writer, Editor, Texas Native, and Austinite for 15+ years, Adam covers all things Tabletop Gaming. Which includes Warhammer 40,000, Age of Sigmar, D&D, Board Games and everything else that involves dice, boards, cards and a table. A hobbyist, player, and collector of miniatures and games, Adam's current obsession are his Death Armies for Age of Sigmar, his Blood Angels and Tyranids for 40k, and his ever growing Arkham Horror: The Card Game Collection.
Advertisement
Board Games Tabletop News Tabletop Spotlight Unboxing Videos
Advertisement