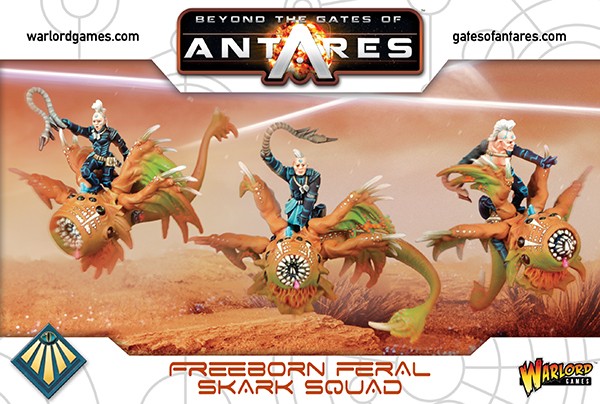 The Freeborn are ready to bring their latest weaponry to bare with deadly Skarks, Heavy X weaponry, and Misgenic creations…

Feral warriors of the Mhagirs ride skarks in their long-ranging raids against rival tribes and often clash in the scalding desert air. The Mhagris have fallen under the domination of the Oszon Mercantile League. Amongst those warriors are entire formations of skark riders, their creatures variously upgraded and pacified with appropriate neural grafts, yet losing none of their native ferocity or endurance. The skark is a lithe and lightly-built winged creature, but none the less deadly for all that. It is temperamental, willful and hard to control. This box set gives you exactly what you need to field your Skarks in any way. It contains 3 standard maglashes, enough mag guns to arm the whole squad so you can be a threat at a range and in close quarters! This box set also contains a mag repeater, plasma pistol and plasma carbine which can truly define your squad and arm them to tackle nearly any threat. The mag cannon is a single-shot magnetic cannon and a very common weapon in Antarean space. Its chief role is to take out tough targets such as weapon drones and heavily armoured vehicles.

The mag cannon is designed to deliver a single shot at incredible velocity and as such it is a long-barrelled weapon, often with multiple internal rails that generate a single very powerful pulse. The ammunition is designed to defeat heavily armoured targets and release a mass-sensitised disruptor field that inverts and crushes local space. A target struck and penetrated by a mag cannon suffers massive internal damage and is unlikely to survive. Misgenic rejects are not a human morph but the tragic and sinister consequences of inhuman experimentation by renegade NuHu. They are quite literally rejects – the failures and the discarded remnants of genetic manipulation experiments combining human and all manner of artificially engineered genes. Misgenic creatures are attempts to create new races, powerful soldiers, great minds and willing slaves. Rejects are the twisted failures of their master’s art with bizarrely shaped and bestial bodies, misshapen limbs and clawed fingers more like animals than humans. They are poor and tragic things, neither human nor beast, whose sorry fate is to be expended in battle merely to distract, confuse and repel the enemy. The X-howitzer is a very large magnetic launcher built for lobbing shells over great distances. It is a common battlefield heavy artillery support weapon used by practically all forces. It is often built onto back of heavy combat drone or skimmer and used as a long range support weapon. Check Out Everything Freeborn has to Offer!

~Those Misgenic Rejects are creeping me out…

Author: Mars Garrett
Pop culture staff writer that has been on the BoLS team since 2010. Contributor on the One of Us podcast. Marvel, Vertigo, and dystopian sci-fi fan. Enjoys bad movies, amazing stunt performances, and the internet. Hates rom-coms. (she/they)
Advertisement
Gates of Antares Miniatures Tabletop News Warlord
Advertisement 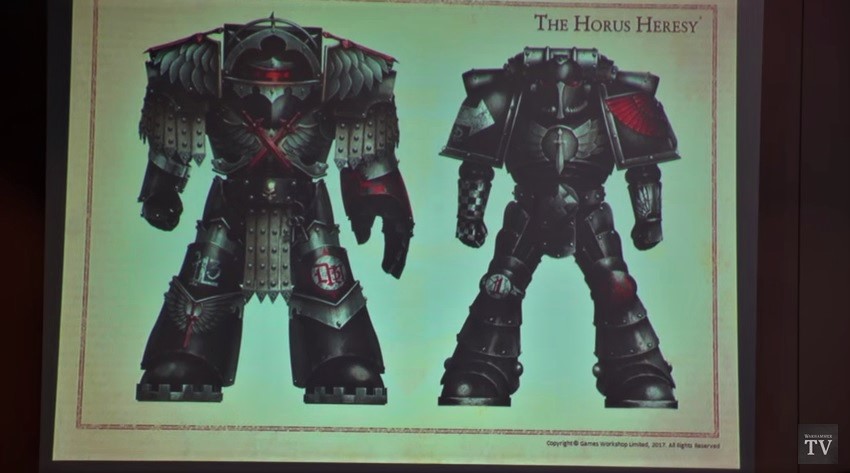