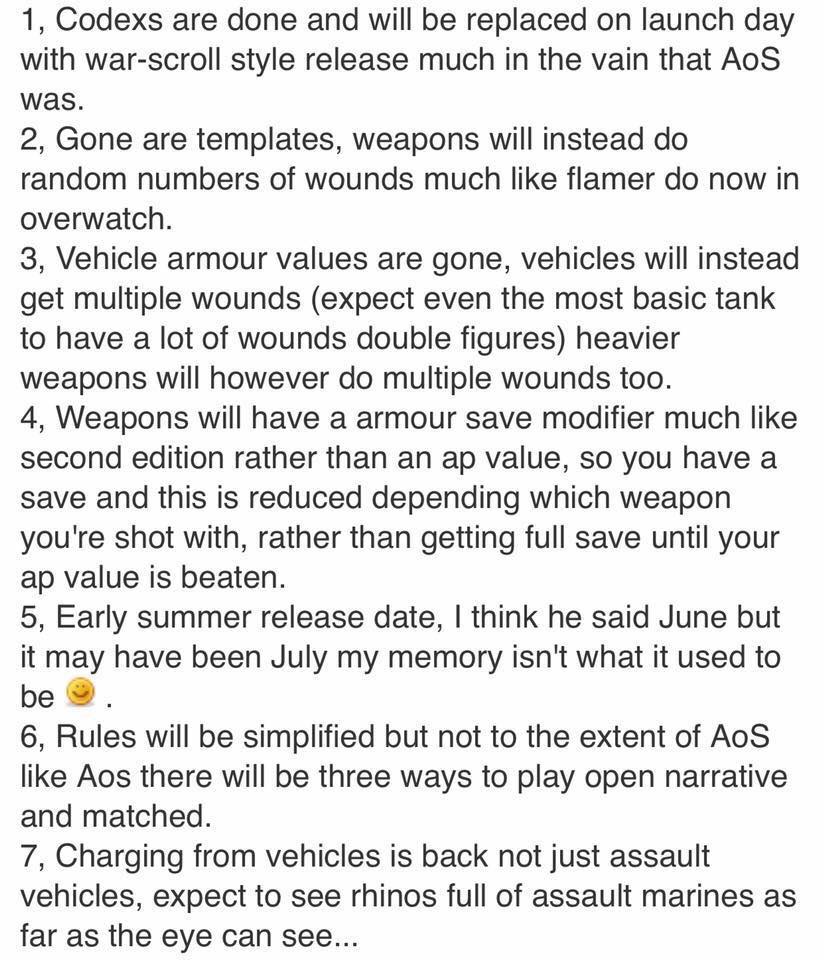 Let’s break these down into groups. 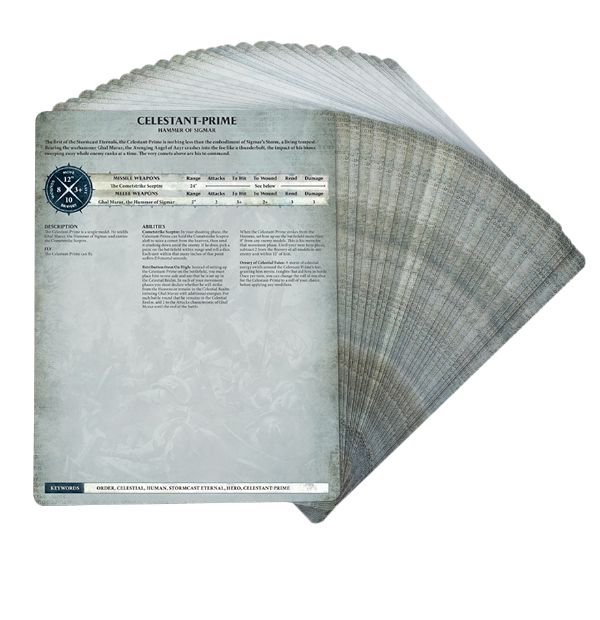 Items #1,3,4,5,6 have all been previously reported by numerous rumormongers over the last few months.  This set of rumors is yet another corroborating report pointing us into the 40K-Age of Sigmar hybrid model for 8th Edition. I think at this point you should pencil in 40K warscrolls. Note that most of these also fit in with the rules teases from GW’s Adepticon seminar. The biggest jolt in these is yet another report of codexes becoming obsolete – that’s gonna hurt. 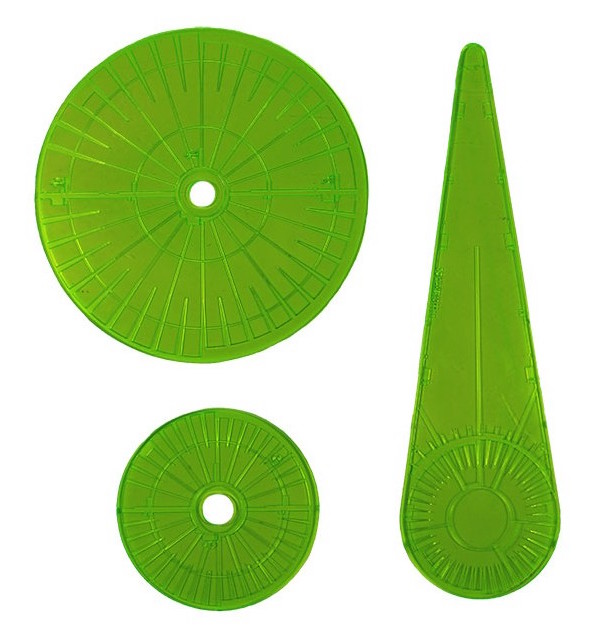 I hardly knew you…

#2 Is interesting, but would also follow the Age of Sigmar model, with simple rolls for numbers of hits replacing the fiddling with templates. It would be sad to see templates go after decades of use, but you get the same effect with X hits and its faster.  What 40K really needs right now is speed of play. 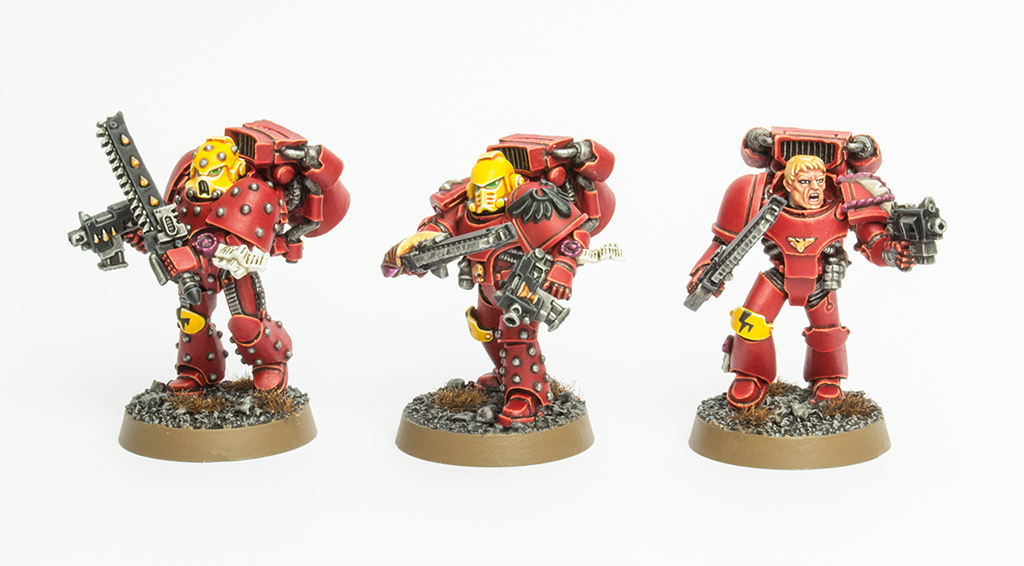 #7 Is unexpected, but not a giant surprise. Over the years, you can argue that GW has slowly but steadily nailed down how the basic phases of the game should function – with each getting more streamlined each edition. With the glaring exceptions of Assault, Psychic and Vehicle rules where GW has swung wildly from too strong to too weak from edition to edition.  Assaults are overall weak in the current edition, so I fully expect the pendulum to swing back in it’s direction in 8th. Time to dust off those Rhinos!

~What do you think of these? Better for the game, or worse?