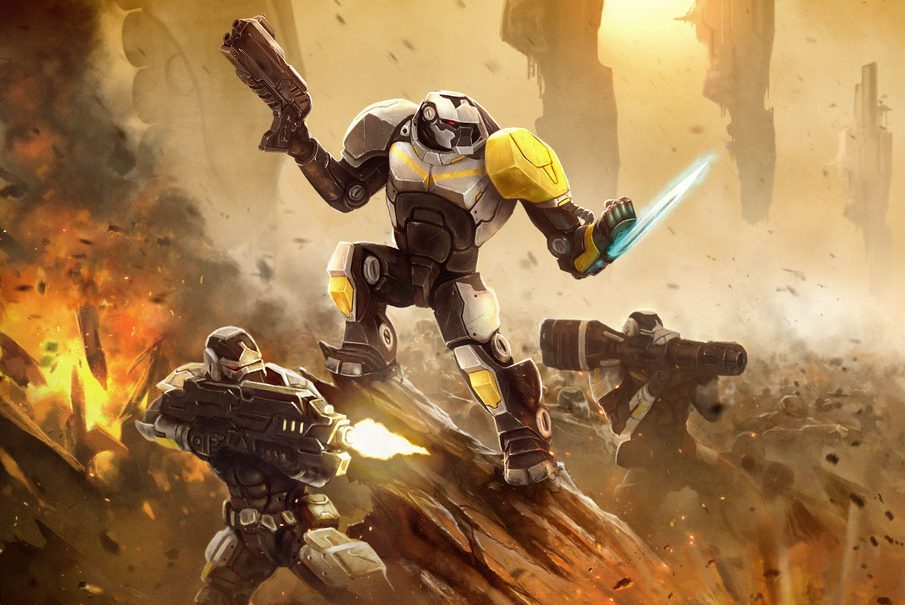 This new starter set is a great way to get started or expand your Warpath force!

May will bring 4 new starter sets to Warpath: Enforcers, Forge Fathers, Veer-Myn and Asterans. Each set contains core troops, elite units and force commanders – everything you need to start playing quickly, and provide a solid foundation to build a larger force on. Along with the sets Mantic is offering four new heroes you can add to each force.

The core of any Enforcer Strike Team are the Enforcers themselves. Although considered to be line troopers in the context of the army, they are anything but when compared to other forces. Enforcers are mankind’s super-soldiers – designed to take on any threat to the GCPS. The Starter Force comes with twenty hard plastic Enforcers, who can be built as either strike squads with ranged weaponry, or assault squads with close-quarters weaponry. You can upgrade these with specialist equipment, such as Burst Lasers or Incinerators and there’s even components to build a sergeant, who can take an Energy Gauntlet.

In addition to those twenty Enforcers, you will also get a five more miniatures, who come with upgrade components to create a Heavy Support Team. Armed with ‘Harpy’ missile launchers, these are ideal anti-armour troops, capable of taking down enemy vehicles. Field them as a static firebase, who will focus on priority targets in support of the rest of your force. The heavily armoured Peacekeepers are great for punching holes in the enemy lines. There are five hard plastic Peacekeepers in the Starter Force, who can be upgraded with either a Burst Laser or an Incinerator, as well as a sergeant and Defender shields. Peacekeepers come with double-barrelled ‘Dominator’ laser rifles and Energy Gauntlets as standard, making them efficient at both long and short range combat. Pathfinders are elite and stealthy scouts for the Enforcers. Their Recon special rule allows them to start the game posted ahead of the main forces, entrenched within a building. Their sniper rifles can be used to pick off choice targets, suppress enemy troops, or aid your own squads using their Tag rule. Finally, there is a Strider. Because we’re nice and it hasn’t been widely available yet, this Strider comes with a Burst Laser Upgrade. This means that you can build the Strider in the army as either the Urban Assault Pattern, anti-armour Polaris Pattern or anti-infantry standard load out.

In addition to the Starter Force, the Enforcers will have a new character to lead their troops into battle. This new miniature can be built as either a Forward Observer or Lt. Commander Roca – a special character for the Enforcers. The Forward Observer acts as a squad upgrade to your force, adding three command dice to issue orders in battle. Roca, on the other hand, is a step above. He provides four Command and wields a sniper rifle which can be combined with his Precision Fire order to deadly effect. If that weren’t enough, his Alien Intel special rule allows him to issue any orders that can be taken by your opponent’s commanders – making their advantages into your own. 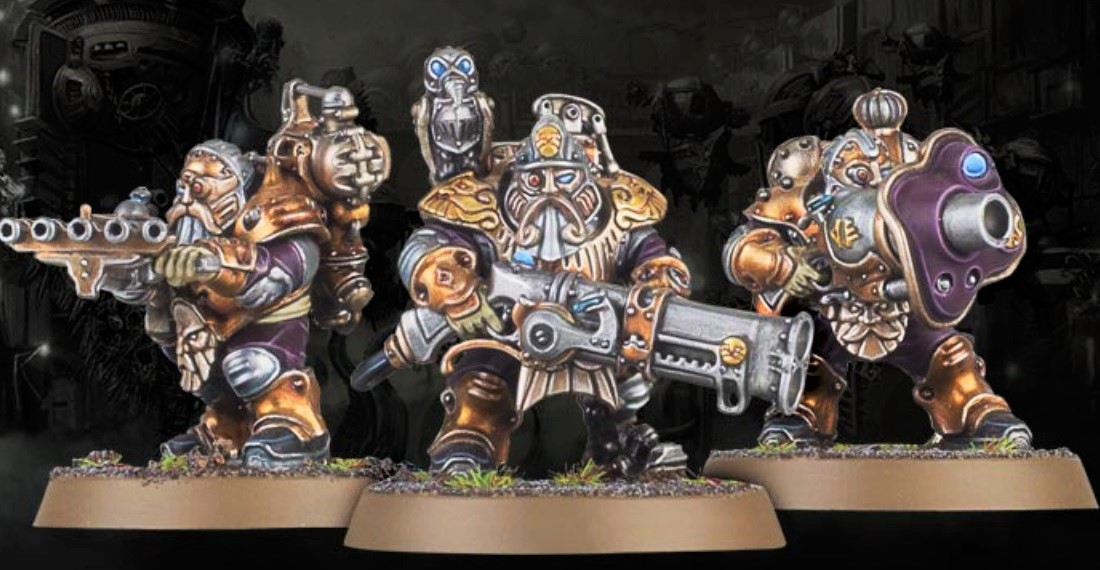