Games Workshop talks about the purpose of the Primaris Space Marines – It’s the Indomitus Crusade vs The Dark Imperium!

When Games Workshop showed off the Galactic Map I noted that planets like Baal were on the opposite side of the Cicatrix Maledictum and that things were not looking good for them. Well now GW is back with some more teasers on just what exactly is going on and it sounds like things have gone to hell, literally.

Perhaps an optimist, but never a fool, Guilliman learned from the Horus Heresy, and he foresaw that the forces of Chaos would never relent in their aim to bring the Imperium low. He anticipated that devastating times would once again engulf the galaxy and knew that warriors resilient enough to stand against them would be needed as never before. That time has surely come.

Travel through the Cicatrix Maledictum is all but impossible, but sporadic contact has been made, through temporary warp-routes, to a few of the best-defended worlds on the other side – and things are not looking good.

On the far side of the galaxy-spanning warp storm, things have quite literally gone to hell.

There, the light of the Astronomicon is obscured behind a psychic maelstrom of nightmares and the entire region has been dubbed ‘Imperium Nihilus’, or the Dark Imperium.

Read the full breakdown of the Dark Imperium HERE

Cut off from the Imperium, stranded on the “Dark Side” of the galaxy, and a hive fleet heading straight for them the Blood Angels are in a world of hurt right now. Now the question will be if they have the resolve to weather the storm and survive long enough for their reinforcements to arrive. On top of that, once the Indomitus Crusade gets there, will it be enough to make a difference?

These are the questions I’m asking as we learn more about the Dark Imperium. Who knows what other horrors are happening on the other side of the galaxy. Entire systems could be falling to Chaos worship, barbarism, and madness. Human Sacrifices, dogs and cats living together, mass hysteria!

Or maybe we’re just being Debbie Downers – I’m sure everyone on the far side of the galaxy is fine. Probably ushering a new age of peace and prosperity. Heck, they are probably developing new, safe ways to travel the warp. Yeah…No more Grim-Dark at all… 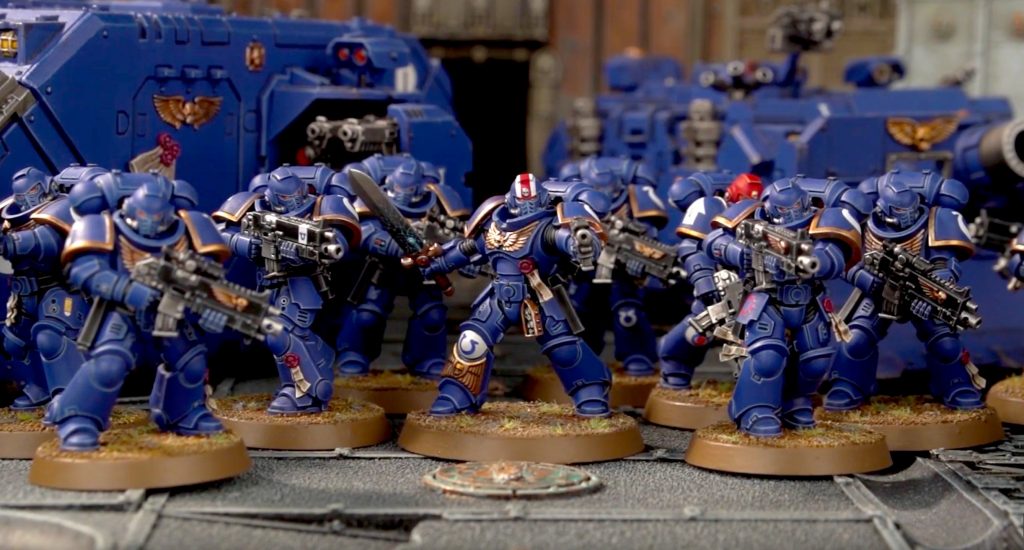