Goatboy here and it looks like this weekend saw a full leak of the 40K 8th’s new rules. Let’s talk.

Of course it isn’t the full rules as each individual unit has its own plethora of rules that interact with the simpler and easier new edition of 40k.  Now of course simpler does not make it less exciting, it just allows you a better avenue to generate new customers by letting the game settle in their minds easier.  I have never been a fan of overly complex rule sets as while sure you can have rules that generate outcomes for any situation but do you really need that level of detail?  Strategy and skill come from a game that is simple enough to allow for quick play but detailed enough to let you generate outcomes beyond just having the better gun, unit, and army.

This is what excites me the most about the new edition.  It didn’t feel like a completely new game beyond a few things like no more IC’s and an overhaul and return to the older style “psychic phase”.  What I mean is there isn’t a pool to generate, control, and abuse. There is also a decent reworked assault phase as well that feels similar but different enough to hopefully warrant a return of decent assault armies.  The big overall rework down the entire line is also a great thing as everyone will be on the same page as we all get ahold of our armies rules.  Let’s go over some of the things I saw in the initial leak and what I think.

Mortal wounds are pretty interesting as they are like D weapons but don’t completely murder your face.  They also break the whole only wounding a single model and will splash out into the unit themselves.  This is a pretty big difference from the norm we see in the new 40k with weapons doing “X” wounds per shot.  But models are pulled per shot – so while mortals spill out regular ones only kill per amount of shots they produce.  I am alright with this as Mortals break the overall wounding roll and since ignore all saves beyond some extra fleshy grossness or powerful toughness.  Its one of the things I saw from AOS that could have really helped 7th edition but I am happy to see a new rework instead of trying to band-aid what I thought was a pretty rough set of rules.

Codexes On The Way?

The chatter from GW is that there are 15 more codexes in the works to help get everyone up to snuff with Command Point usage, other rules, and a better special feeling for their army instead of just using the combo book for your rules.  I am really interesting in seeing the price point on the FW book but my first event with 8th isn’t allowing them so I am happy to wait a bit to see them.  The Leviathan rules has me jonesing for that kit so I am happy I don’t need it right away.  I heard small bits and pieces about Warhammer world with the big feeling is everyone’s army looks good, feels like their army should, and lets you play with your collection versus just playing with what is supposed to be good.

The movement rules are a bit of a bummer as I did like the run move in the shooting phase versus smashing them together into one phase.  Though the power of assault weapons and how you can go full bore into moving as fast as you can for some armies has me excited.  I am sure there are a ton of “advance” and still charge units in the game.  It also seems like the turn limit is set for 5 turns so I suspect everything to be faster, deadly, and just a better time spent game.  There is nothing worse then spending 2 and a half hours getting beat up by 500+ extra free points your opponent had.

Speaking of points – we haven’t as seen a ton of it beyond a small little leak in how armies are built.  The points look a bit weird and I am wanting to compare them to the listed power levels to try and generate a scheme GW might have used.  The power levels are an interesting set of rules in building armies and if there is some bit of connection that stitches them together then we have a good way to judge new units.  It looks like points are left off the initial data slate like the AOS stuff so if power levels give a good idea we can actually test “leaked” stuff a bit more.

The lack of units ability to Deny the Witch unless they have that ability is a bit of a bummer.  I am hoping we see a better reigning in of Mind spells but with Death stars effectively nerfed it means there is less of a “worry”.  But who knows what kind of “blessings” units will have and how they will set up other spells for the army.  I suspect each Faction will get a list of spells they can assign out to their casters as well as some locked in benefits for their own librarians/sorcerers/mind bullet jerks.  The Ork jump spell sounds awesome to me and I hope we have other flavorful spells.  All I know is the Blood Angels better have every spell have Blood, Angel, or Darkness in all their spells.

I had a buddy at Warhammer World and he said games are pretty dang bloody.  I think this means will see a heck of a lot of bubble wrap coming back especially with being able to pick wounds from anywhere in the unit.  This gives you a ton of ability to control the battlefield, bait your opponent, and deny so many things.  It is an extra level of complexity that will determine the good from the bad players.  The buddies who jumped to AOS love the fact the game is heavily defined by movement and I expect this new 40k to be the same thing.  There will need to be bodies in the way to allow you enough time to keep your enemies horde of Nids, Orks, and Berserkers at bay. 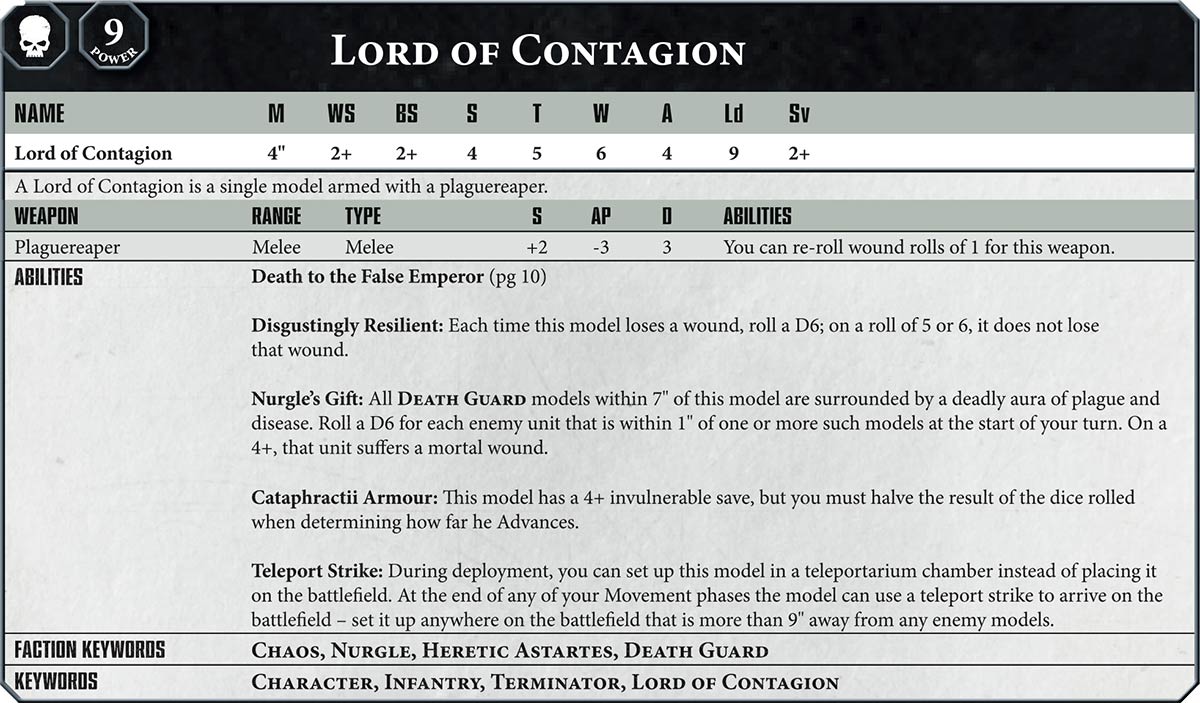 The data sheets leaked from the Death Guard set look pretty good.  The Bile Drone is going to be a problem with the ability to always leave combat and still keep shooting.  Its guns seem pretty brutal and its close combat is pretty rough too.  Plus it looks pretty tough with a large amount of wounds, multiple saves, and just being a pain in the butt.  The pics for the Death Guard seem to show Mortarion himself with what looks like Nurgle Maulerfiends.  In fact I just want to see Maulerfiends as I am sitting on some kit bits to throw together some Nurgle ones.  Heck I have 3 I have painted for other stuff too.  I just moved so I finally got a better set up to show case all my models.  It also let me see that I have way too much stuff.  When I get my walls covered in pictures I will take some better pics to show case my cave.  The Plague Marines and the Leader both look promising too.  I was able to look at a painted Plague Marine and Primarius Marine and those kits are pretty friggin amazing.  They are huge, full of detail, and really showcase how GW just kicks butt with plastic kits. 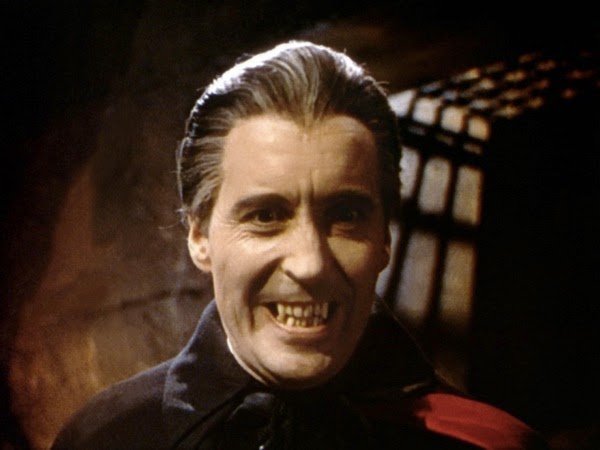 I can’t tell you the last time I was this excited for a release.  I feel like the old days when I got back into the game, got excited to play a game or two, and felt those jitters whenever going to a big event.  I remember getting ahold of some Chaos Space Marine rumors and seeing the power of Lash of Submission.  I remember seeing the initial Grey Knights and thinking in ways to make some kind of counts as nonsense to match the nuttiness of my Space Goats.  Its been awhile since I was excited about rules instead of just new models and it will be great to play a game that feels like everyone has a chance to win with their favorite models.

~What do you think of the revealed rules?