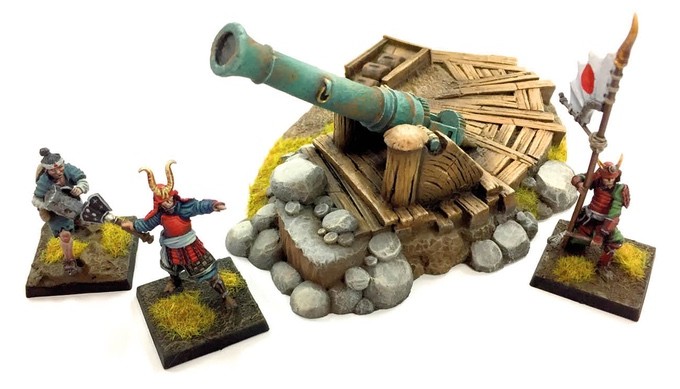 Pictured above: Kensei and Wanted Earth.

Deadly Premonition: The Board Game by Rising Star Games 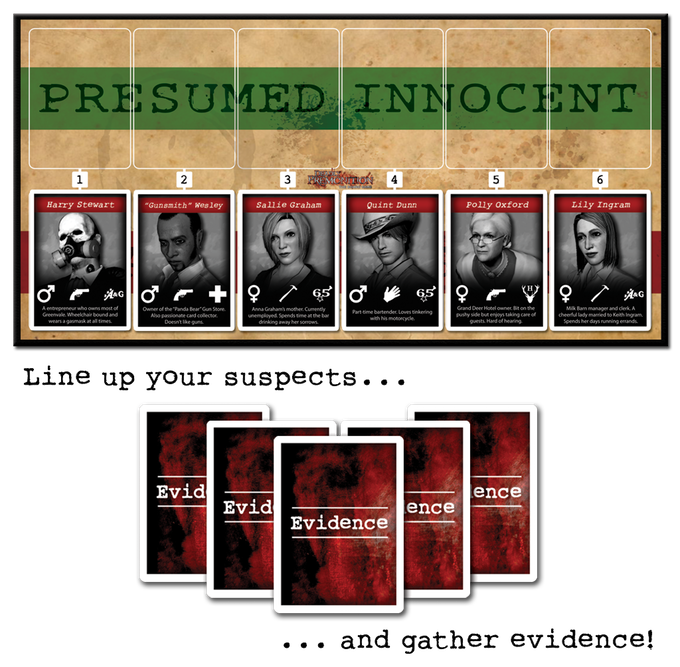 Famed Japanese game developer Swery has teamed up with Rising Star Games to create a board game adaptation of his cult hit video game, Deadly Premonition. In this card-driven board game, four players race to solve the murder of Anna Graham. One player is actually the murderer in disguise, and is actively trying to sabotage the investigation long enough to make their getaway. Players are assigned five suspects, and must use evidence cards to determine who is innocent and who is an accomplice. Successfully discovering the accomplice makes it easier for the investigators to narrow down who among them is the real killer. You can buy a copy for $30, which also includes a Steam key for the Director’s Cut version of the titular video game.

Triumph of Death by Skull and Crown Stratagems 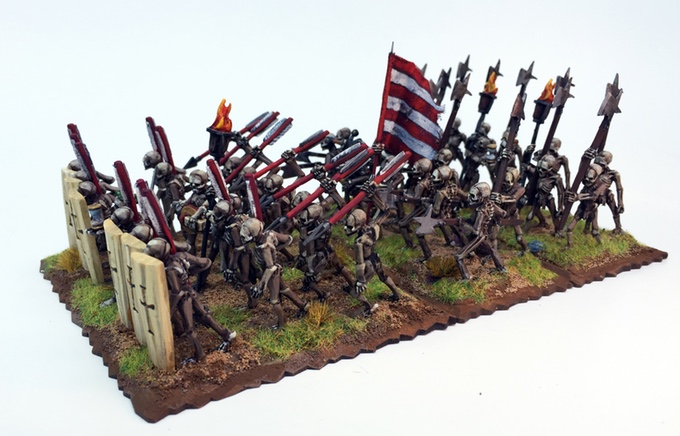 Industry veteran Thomas Foss is looking to create a line of Renaissance-style skeletal soldiers inspired by Totentanz art from the era. The core of this undead Landsknecht army consists of halberdiers and javelin troops, with command attachments including a mounted skeletal lord on pale horse, standards, and musicians. Deals start at 13 metal miniatures (A troop with command pack) for $30. 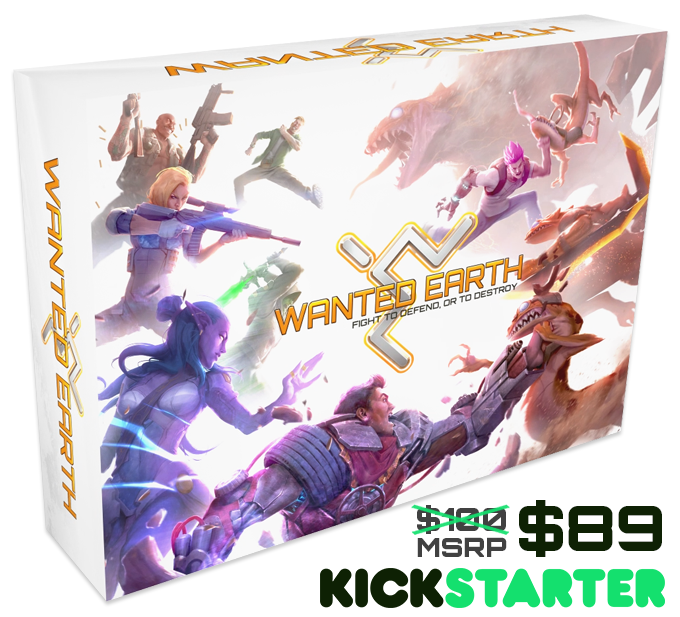 Save or conquer the human race in Wanted Earth, a new miniatures-based board game for up to seven players. Earth has been invaded by various alien races, and it’s up to a band of misfit heroes to save the planet. In the game’s standard mode, a team of three players fight against a horde of alien invaders controlled by the fourth player. The first six rounds of the game consist of the heroes fighting alien grunts for experience and money to improve their characters. On round six, the alien overlord appears, and the heroes have six more rounds to beat him before the aliens overwhelm them. Other modes include a cooperative mode where three players fight the AI-controlled aliens, or a PvP mode for seven players where two teams compete to beat the alien overlord. Pledges start at $89 for the base game. 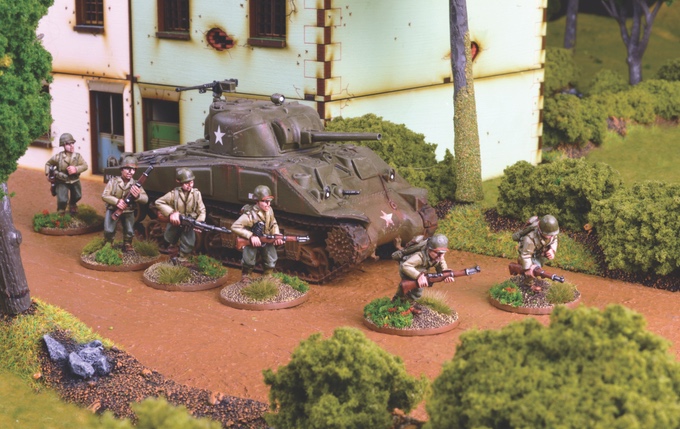 BrigadeGames.com has partnered with CompanyB to expand their line of historical miniatures with a range of metal 28mm WWII American and German infantry. Both nations have several squad options available in a variety of different advancing and firing posses, all equipped with the usual selection of weapons you’d expect from Late WWII. Special weapons include heavy machineguns, mortars, flamethrowers, anti-tank teams, and so on. CompanyB is also offering some of their WWII vehicle kits at a 10% discount during this campaign. 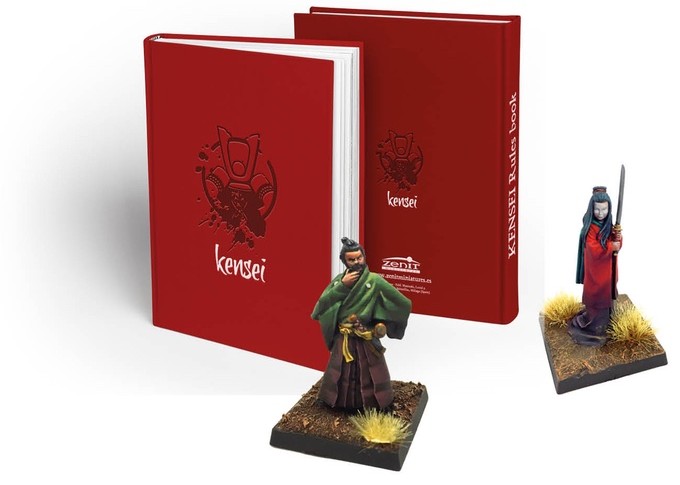 Zenit Miniatures is on Kickstarter to fund a new edition of their 32mm samurai battle games, Kensei and Torii. Their goal is to make the rules more streamlined, and place a greater emphasis on the game’s mythological elements, like the new undead army. This new edition will also standardize the core rules for Kensei and Torii, meaning that you’ll no longer need to learn a completely different rule set to play the mass battle game and its skirmish cousin. The campaign will be funding a line of siege weapons for use in the new edition as well. The rules will be free, but you can buy a physical book for €18/$20. The €96/$104 pledge will get you the new war machines, while the €112/$122 pledge is great for newbies and includes the rulebook and a starter army.

Labmasu is working on a range of modular 28mm resin ratmen, with armor and weapons inspired by the natives of the Indonesian island of Sulawesi. The core unit can be built many different ways, and is suitable for wargames or fantasy football, depending on how you assemble them. More specialized miniatures include cavalry, rat-ogres, and weapons platforms. The €32/$35 pledge gets you a full fantasy football team, while the aptly named 9th Age Starter Set pledge for €160/$175 will give you a nice head start for building a new army. 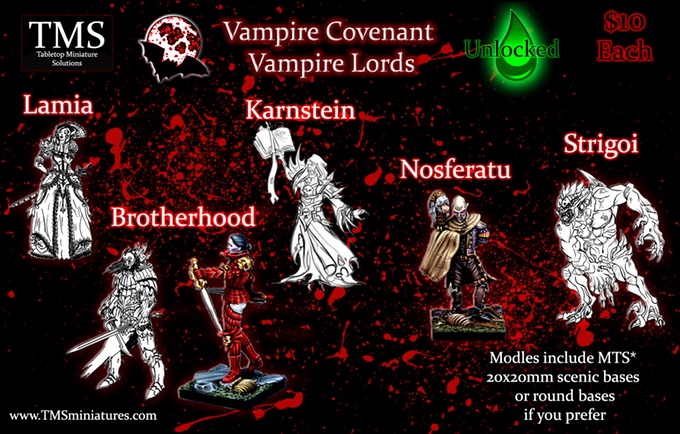 Speaking of The 9th Age, vampire fans might want to check out this campaign by TMS. This line of 28mm resin miniatures will contain just about everything you need to build a fearsome army of vampires and their underlings, including heroes and lords, zombie  dragons, skeleton spearmen, ghouls, cadaver wagons, wraiths, and much more. The pledges allow you to pick and choose whatever models you like, rather than offering specific premade bundles.

Warbands of the Cold North IV by Red Box Games 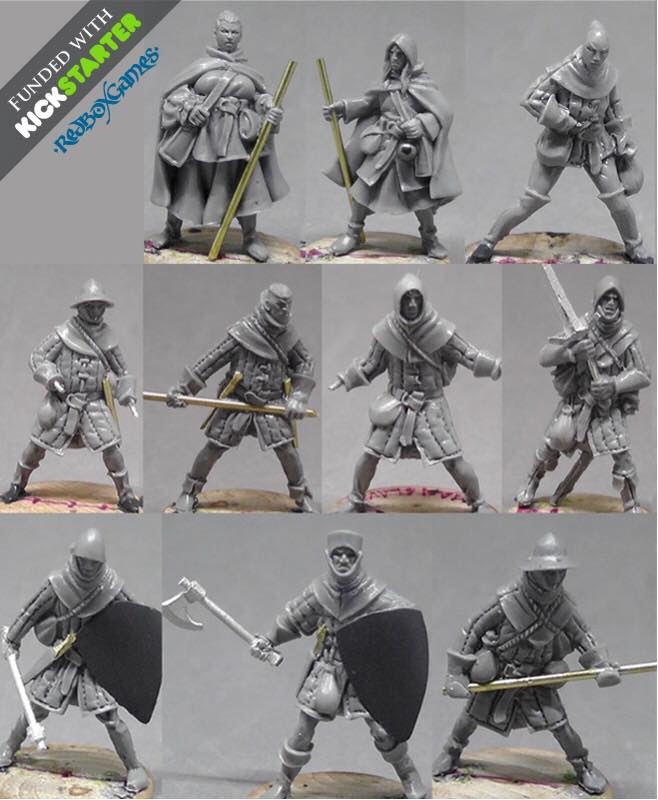 Finally, Red Box Games is back with another set of 28mm metal adventurers all bundled up for an expedition to the frozen north. The entire line would be perfect for games like Frostgrave, and includes a mage, an apprentice, a thief, a warrior, and their band of seven men-at-arms. The campaign has since unlocked a set of foot knights too. You can get them all for $55.