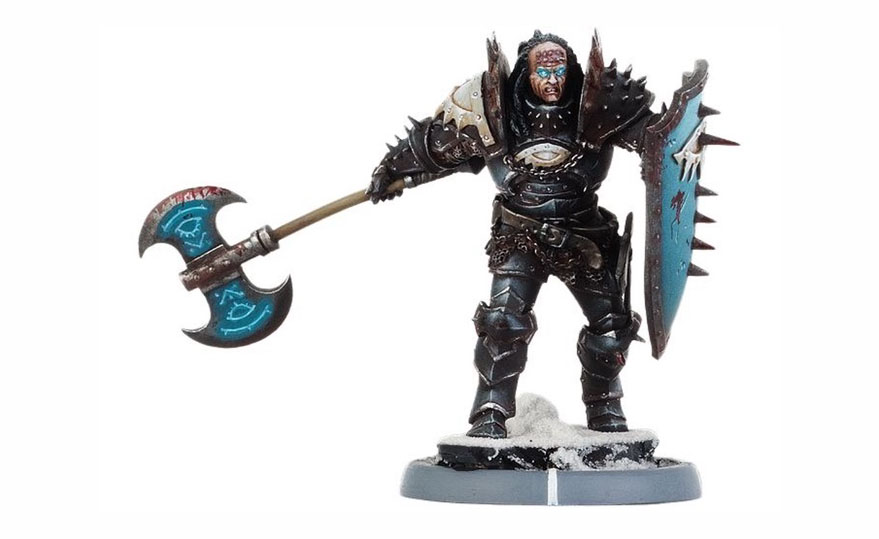 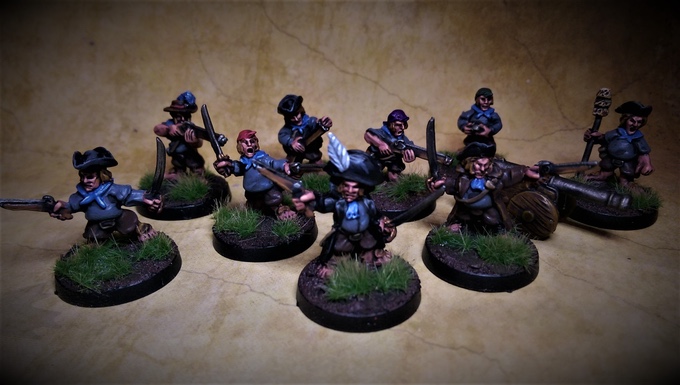 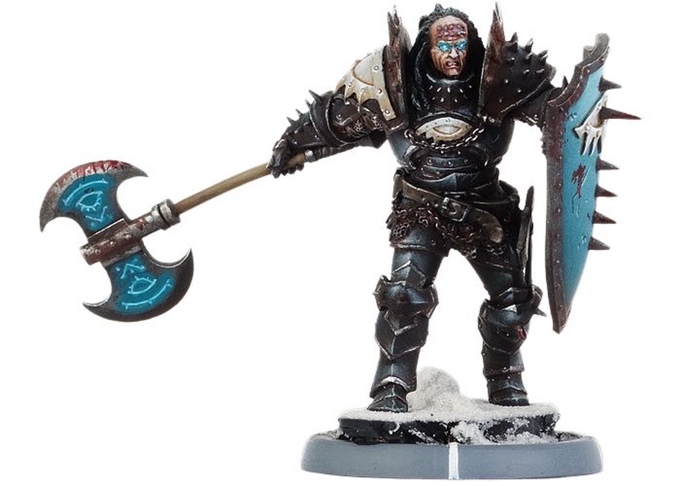 Pictured above: Darklands and Old Salt 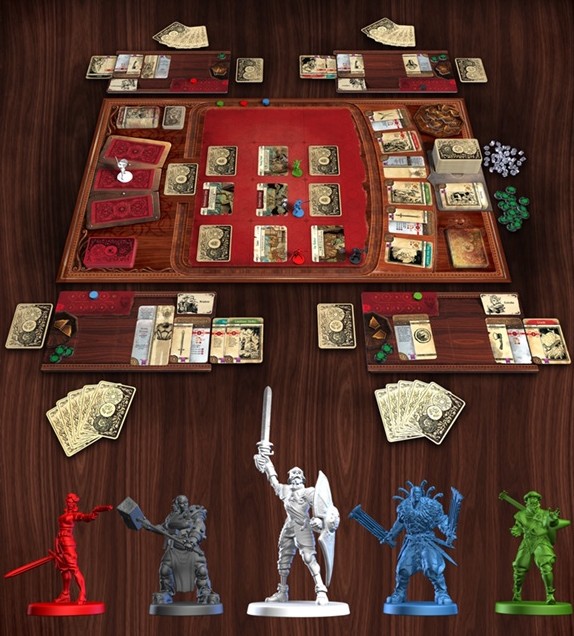 Let’s start the week off with a fairly big campaign that launched shortly after last week’s article went live. The popular indie video game Hand of Fate is getting the board game treatment from Australian publisher Rule & Make. This deck-building adventure game can be played alone or with three friends in co-op and competitive modes. Players start with a weak deck full of basic cards, gradually acquiring more powerful abilities and gear as they visit dungeons and cash in their loot at the vendor. Each level cumulates in a boss fight against one of the Royalty cards, and each session is designed to be played over the course of three such levels. The standard game costs AU$79/$59, with a deluxe edition available for $20 more that includes the first wave of expansions and a copy of the video game. 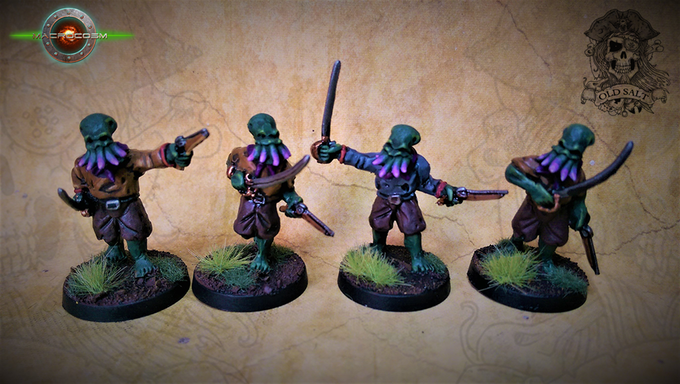 Macrocosm is creating a new line of 28mm tentacle-faced seadogs for your favorite miniature games and RPGs. The whole crew consists of a captain, a command group, and several dozen pirate sculpts equipped with assorted weapons like cutlasses, hatchets, pistols, blunderbusses, and even a cannon. You can grab some other pirate miniatures from Macrocosm as well, including ogre and halfling pirates. The £40/$52 pledge includes a crew of 28 Cut’u pirates and a cannon.

Another miniature company back on Kickstarter is Mierce, with a new line of brutish barbarians and monstrous creatures for their Darklands game. The Warriors of Baalor are a race of savage warriors from the far north, and are ready to lend their axes to the Fomoriac faction. As always with Mierce, you can get your models in choice of metal or resin, and starter set options aren’t limited to the new Warriors of Baalor. You can get a (metal) starter bundle for as little as £120/$156, which includes the rulebook, dice, tokens, and miniatures from the faction of your choice.

Metal Dawn by Everything Epic 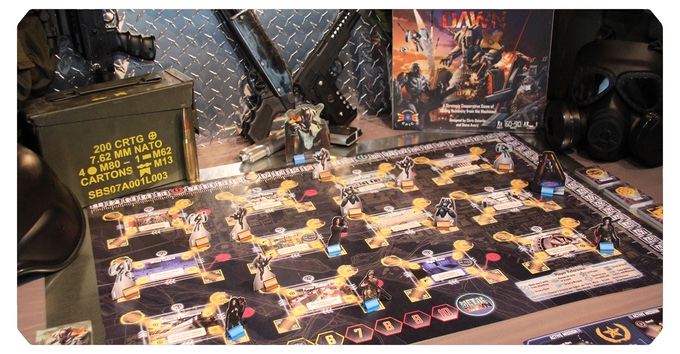 In the distant, apocalyptic future of 1984, the US AI defense network D.O.M.I.N.U.S. decided that the best way to save Earth was to destroy humanity. Now, an army of rogue cyborgs and killer robots are taking over the planet. Join forces with three friends and race against the clock to find the intel your team needs to hack D.O.M.I.N.U.S. and make it vulnerable for a direct attack. Each player controls two unique characters that they move around different locations in D.C. to complete objectives, steal information, and defend key locations from robot attacks. Players also have control over several government organizations, each of which have a powerful once-per-game effect. The core set is $60, but the $79 deluxe edition comes with extra components that allow you to up the player count to six and play the competitive mode. 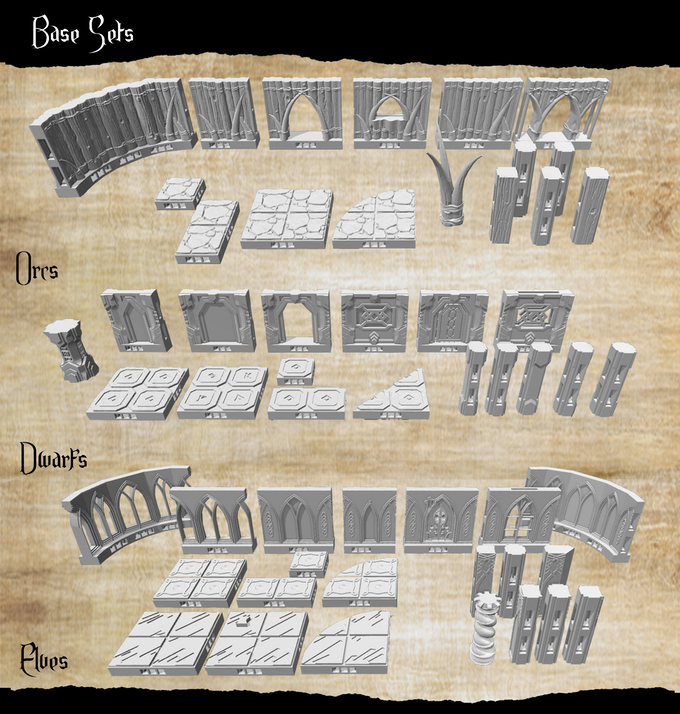 Axolote is expanding their range of 3D printable dungeon tiles with this latest campaign. These modular tile sets are perfect for crafting a level in your next RPG session, and use the OpenLOCK system to make your dungeons easier to build and disassemble. You can grab a few monsters as part of the campaign, too. Tile sets start at MX$600/$32 and come in elf, dwarf, and orc themes, with more to be unlocked as stretch goals. Since all you are buying are .stl files then you can expect your pledge to be ready for your 3D printer in the next few months. 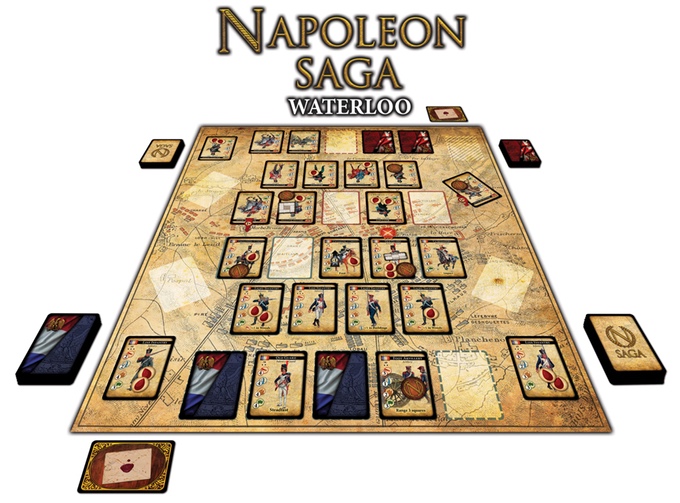 Recreate the Battle of Waterloo in this new tactical board game for two players. Each player has two decks representing their troops and events that can be used to influence the tide of battle. Players take turns deploying their troops, moving them around the game board, engaging enemy formations, and using their action cards. Players earn victory points by routing enemy formations and completing their secret objectives. Pledges start at €36/$40. 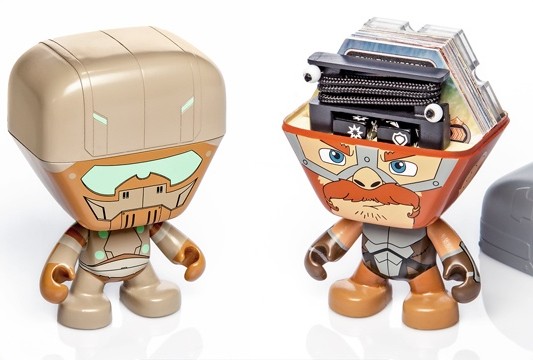 Finally we come to H.E.A.D. Hunters, a new IP that merges 5.25″ collectable toys with a card-driven tabletop game. Each toy features an enlarged head that fits all the terrain tiles, cards, dice, and measuring string you need to play that particular character. Players start by deploying their terrain tiles, then take turns moving their figures around the board. Cards represent the character’s various attacks and actions, and each character will gain or lose abilities as they take damage. H.E.A.D. Hunters probably won’t replace your miniature game of choice anytime soon, but it looks like it might be a fun way to introduce your kids to tabletop skirmish games. You can buy a bundle that includes two characters for $40. 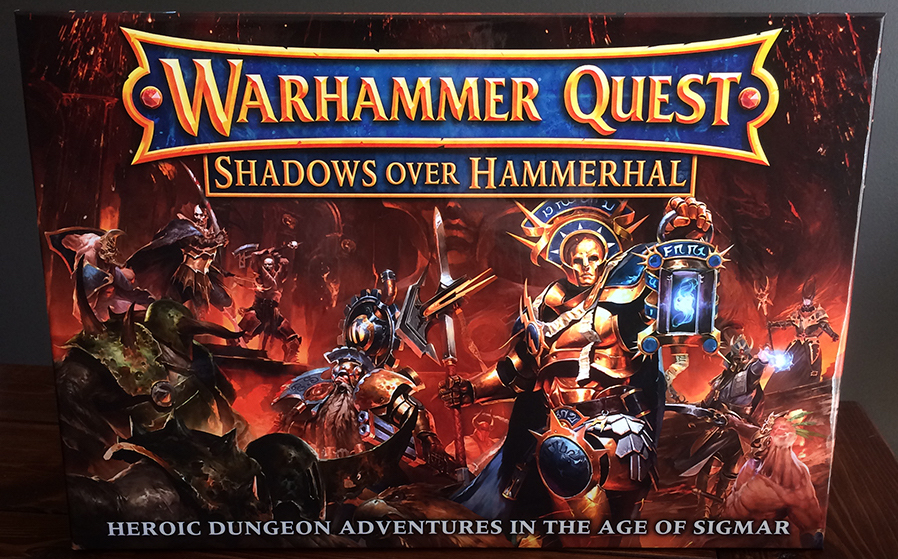