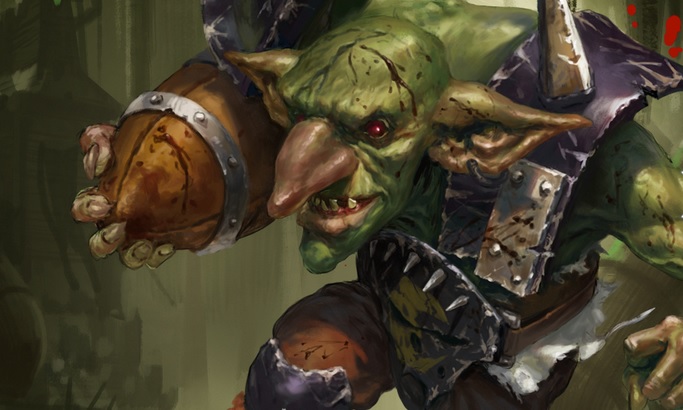 There’s a new team in town and they are the definition of “sneaky git” – The Goblins arrive for Blood Bowl!

What’s interesting about this release is that the Goblins aren’t just a team – they can be used as additional players for other teams. To make it easier on those other teams, Games Workshop actually released a mini-box of goblins in addition to the big box. So if you already have a Skaven Team or an Orc Team you can easily add these little guys to your roster. 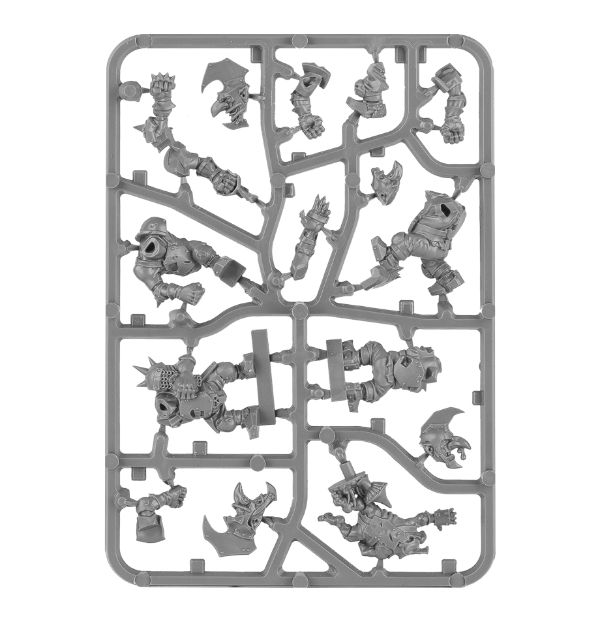 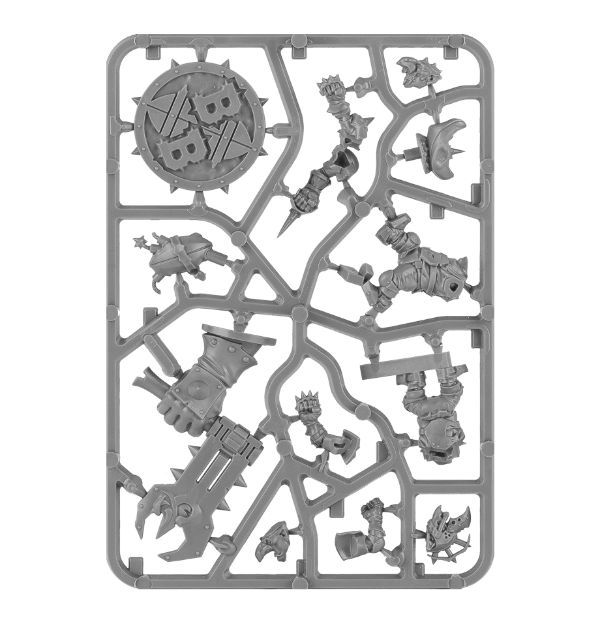 The team box comes with two sets of the the above sprues – once set has 4 goblins and the other has 2 plus accessories. As you can see above and in the video, the plastics are really crisp. I love all the little things on these Goblins. Their crescent-bladed helms really invoke the moon iconography that runs throughout the team. I also like the fact that these guys are just plain small! Compared to the most of the other races, they are not imposing at all – but that’s part of the charm. If you want to win with Goblins, you’ve got to play smart AND sneaky!

The small box comes with this sprue of 4 – perfect for upgrading or adding more to your team!

Overall, I’m glad to see these little guys added to the game. I really want to run a mixed team of Orcs, Goblins and probably a Troll. To me, that’s a pretty iconic roster! Plus, they each bring their own strengths and weaknesses to the table allowing for new plans and plays to unfold. The sets are in stores now so if you want add some little guys to your team they are waiting for you! 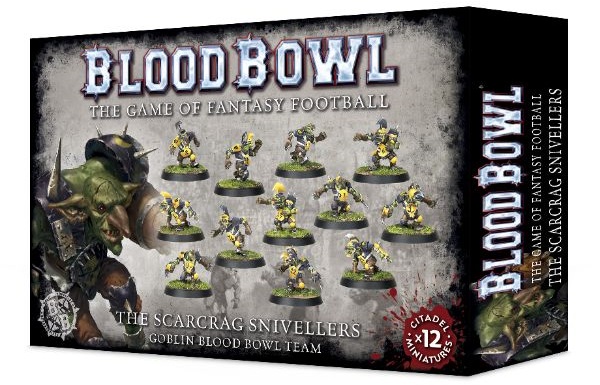 The Scarcrag Snivellers made a decision a long time ago to make an attempt at playing Blood Bowl without all the sneaky tricks employed by most Goblin teams. Eleven Goblins line up at the start of the match – no Trolls, no Secret Weapons – and do their very best to last at least a couple of drives before they’re stomped into the ground. Bizarrely, this doesn’t always end as badly for them as it probably should, and somehow the Scarcrag Snivellers seem to make it from season to season without being utterly wiped out… 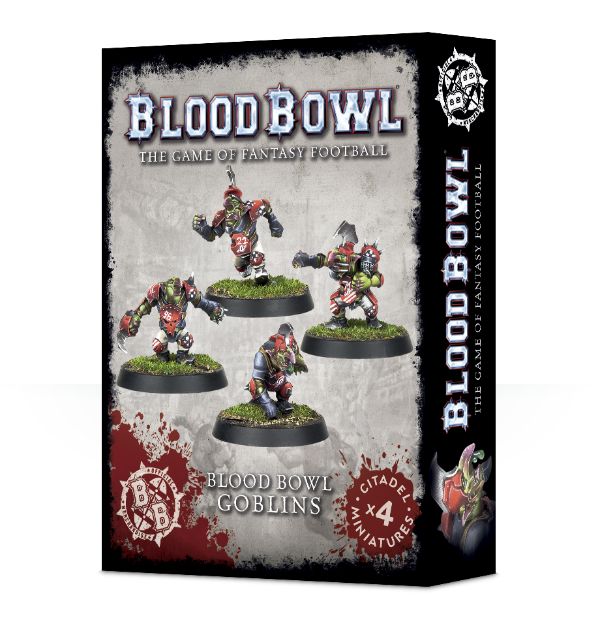 They might not have any specialists, they might not be hulking great slabs of powerful muscle, but one thing Goblins are is numerous. Expand your own team of Blood Bowl Goblins with this set of 4 multi-part plastic miniatures!

You’ll get 4 unique bodies, with 4 unique heads to attach to them, meaning you can mix and match them to your heart’s delight. Included is a special Goblin team ball, featuring a plucky Goblin who has become temporarily indisposed (stuck. He’s stuck in the ball.)

They only snivel when you catch them cheating…

Author: Adam Harrison
Writer, Editor, Texas Native, and Austinite for 15+ years, Adam covers all things Tabletop Gaming. Which includes Warhammer 40,000, Age of Sigmar, D&D, Board Games and everything else that involves dice, boards, cards and a table. A hobbyist, player, and collector of miniatures and games, Adam's current obsession are his Death Armies for Age of Sigmar, his Blood Angels and Tyranids for 40k, and his ever growing Arkham Horror: The Card Game Collection.
Advertisement
BloodBowl Games Workshop Miniatures Tabletop Spotlight Unboxing
Advertisement