40K: Talons of the Emperor Get Claws in 8th

The Golden Gilded Warriors of the Emperor are getting some love from Games Workshop at the 11th hour!

Games Workshop is giving some last minute attention to the Talons of the Emperor. It’s fitting seeing as how we are so close to the release of 8th Edition. Let’s see the hints at what the Golden Warriors of the Imperial Throne are bringing to the tabletop in Warhammer 40,000 8th Edition! 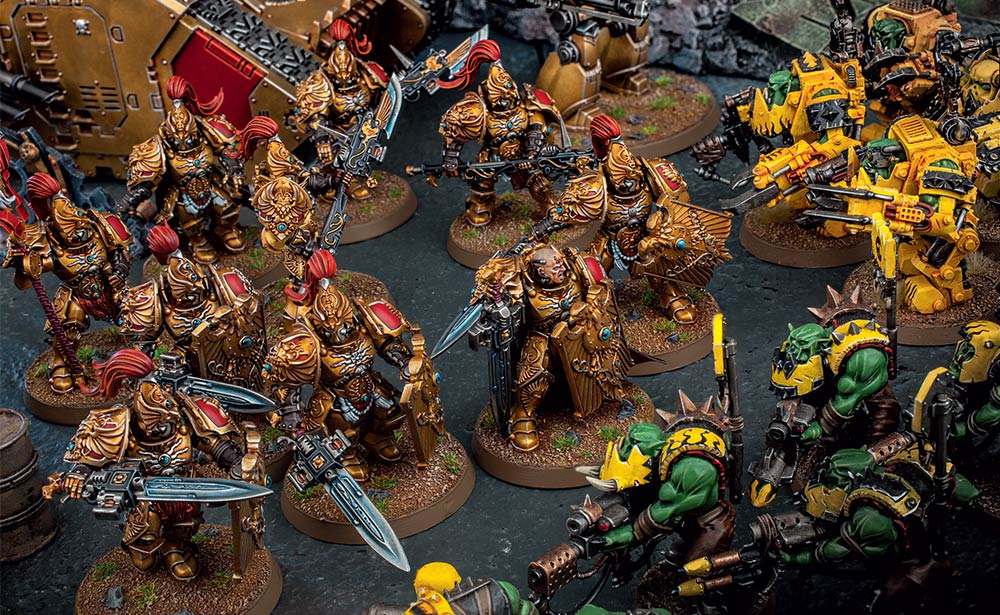 “First up, we have the Custodian Guard themselves. These guys are monsters coming in with Toughness and Strength 5 with 3 Wounds and a 2+ Save. They are basically small characters running around the table with their guardian spears or sentinel blades. Both of these are AP -3 and do D3 Damage which makes these guys very scary in close combat. Their ranged weapons are also quite good, being AP -1 and dealing 2 Damage. The Custodes also inspire all other Imperial units and give them a re-rolls to morale if within 6” of the Custodes Vexilla. As in the lore, these mighty warriors will wade into the worst of the enemy’s fire, shrug it off, and then cut them down with blade and bolter!” 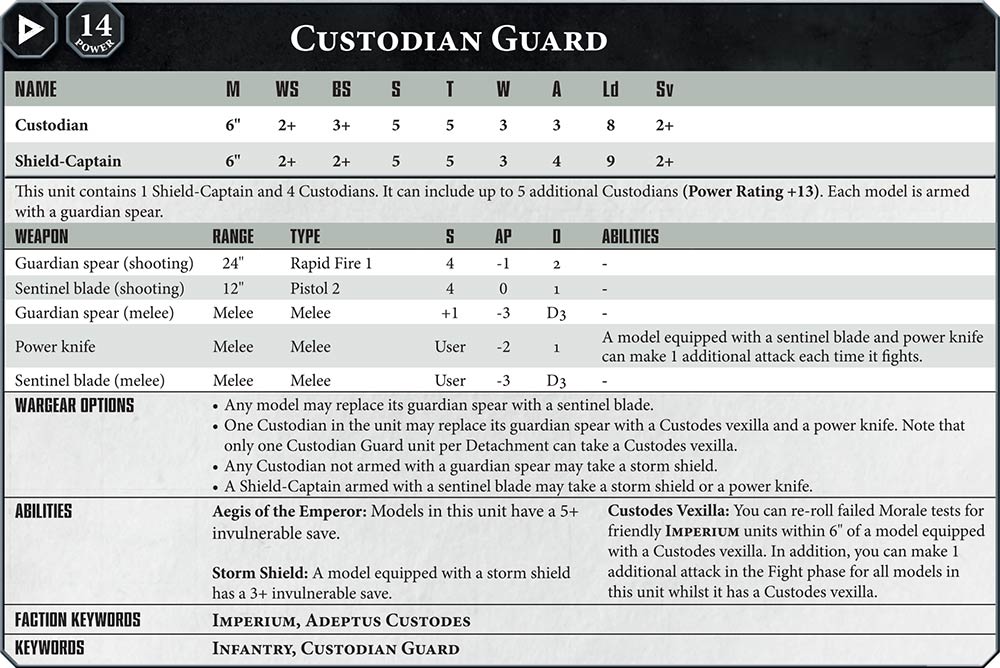 Whew – 14 Power Level! That’s no joke. It makes sense though – look at those stats…and those options…wow. These guys will chew through most other troops in the game with easy and will gladly go toe-to-toe with most Elites in the game. And they are pretty fast, too! Is there anything these guys can’t do? Yes – BE a Horde Army. 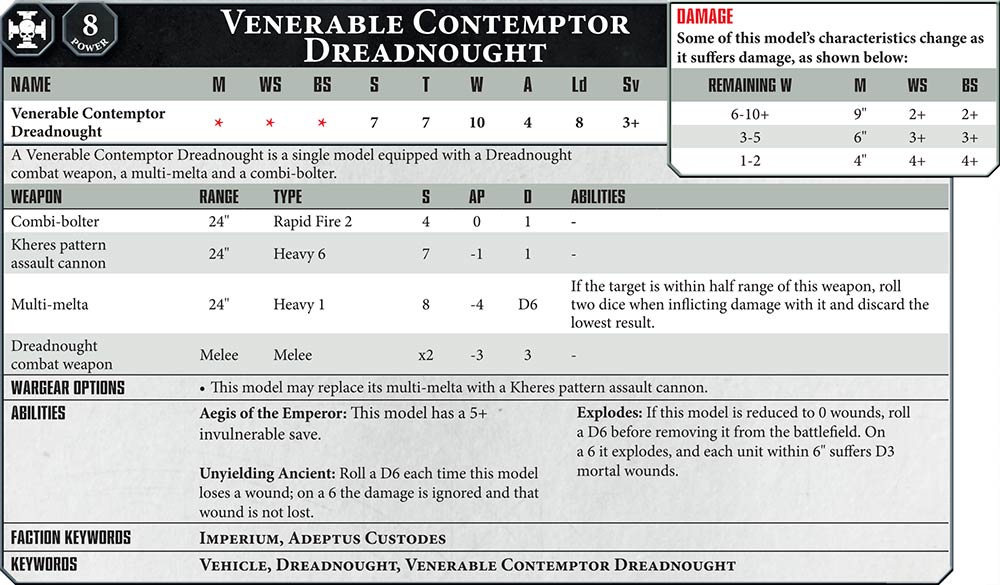 The Venerable Contemptor Dreadnought is also no joke (although it is funny that it is ‘only’ 8 Power Level). Tough 7 with 10 wounds is nothing to sneeze at, combine all that with the +3/5++ and a 6+ “Feel No Pain” roll and it’s got some staying power. I’m a little torn between the Multi-Melta and the Assault Cannon. If you are running this with Custodes, I suppose you would want the Multi-Melta to go after armor. Then again – you could always charge and use your strength 14 Dreadnought Combat Weapon and your 4 attacks to pop-vehicles…

The Custodoes aren’t the only members of the Talons of the Emperor – don’t discount the Psyker-Wrangling Sisters of Silence. Their ability to shut down Psychic Powers is pretty legendary:

Their powers has changed – they still can’t be targeted and they mess with Psykers for sure. I like how Psychic Abomination also stacks and applies a maximum of -4. Ouch! And while GW may not have shown off their stats in the preview, I can tell you that they aren’t slouches on the tabletop when it comes to shooting or melee.

We’re only hours away from Warhammer 40k 8th – what are you doing on launch day?!