Come play with the BoLS team! – A Blood Angels company fights for survival on their homeworld, plus D&D with our crew!

We are going over this last week’s Warhammer 40,000 8th Edition 3 part mini-campaign. Follow Blood Angels Captain Olivander who faces a battle for survival upon his birthworld – the blighted radioactive waste of Baal. Come see a 30 year old 40K army fight for the Emperor all week!

The Desolation of Baal 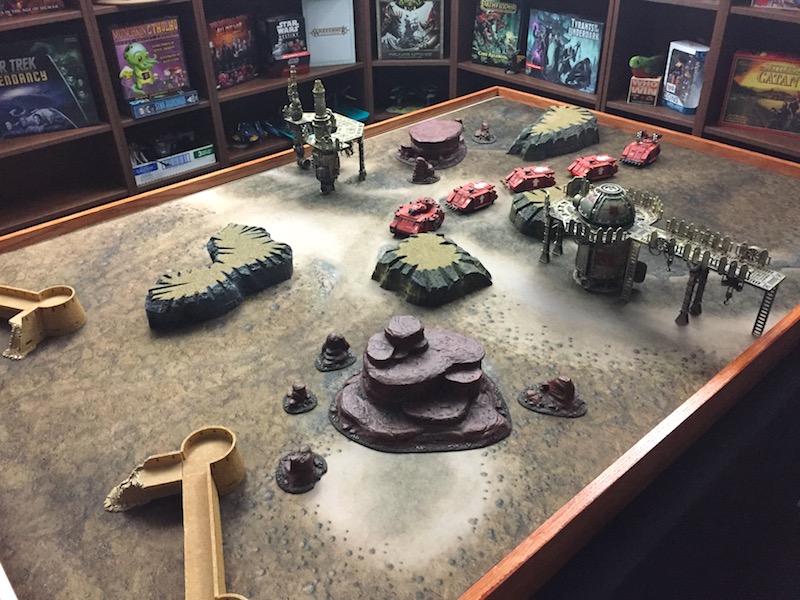 Captain Olivander of the Blood Angels 3rd Battle Company is en route to a distant energy processing plant on Baal, to investigate anomalous sensorium readings. As his armored column pushes past the dunes and catches sight of his objective, and ancient industrial interchange – the sands are lit up by hostile fire.  Lord Dhrakaar has arrived on Baal and has not forgotten his defeat at Olivander’s hands onboard the Sin of Damnation. Vengeance will be his – but Olivander has some tricks up his sleeve. 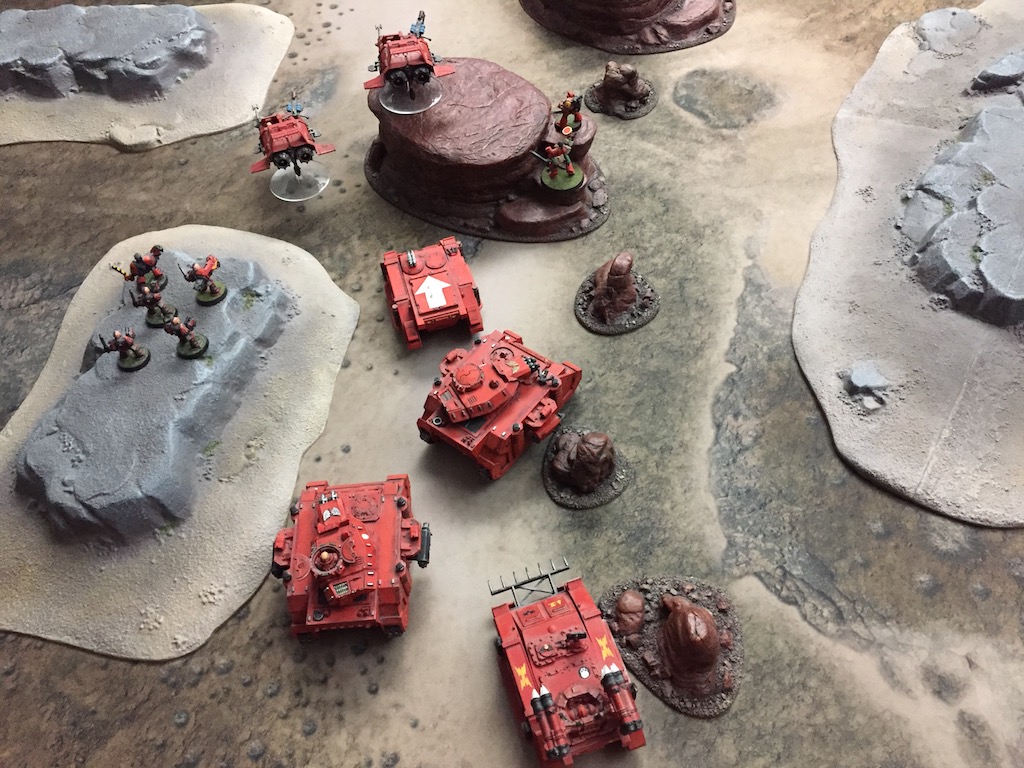 Desolation of Baal – Part 2: It Came from Below (watch the game)

Captain Olivander of the Blood Angels 3rd Battle Company is on the run. Fleeing into the deep desert of Baal after a stinging defeat by Daemon Prince Draakar, the Blood Angels stop to regroup. Olivander’s 3rd Battle Compnay lost most of their vehicles during the Chaos ambush, but managed to secure a comm tower at the height of the fighting. With this Olivander has linked up with far ranging recon elements of the Chapter bring badly needed supplies. As his forces prepare to once again go on the hunt for the Chaos forces, motion is detected under the sands and a tide of yellow xenos rise to attack fresh prey.  A splinter of Hive fleet Leviathan is upon them, and Olivander must put the Xenos to the torch if he is to warn Commander Dante of the Daemonic forces encroaching upon Baal.

Captain Olivander of the Blood Angels 3rd Battle Company has found his nemesis. With his scouts deployed he has located the site of the Chaos incursion’s dark ritual. A Daemon Lord of Khorne seeks to open a permanent warp rift on Baal, overrunning the planet and the Blood Angels with daemonic hordes. As the rift flares to life, the stormy skies above break revealing a Blood Angels strike force screaming down from the heavens. At is lead is Commander Dante himself who will do whatever it takes to close the rift. But the Ruinous Powers have made infernal pacts of their own…

After the 40K game, join us for some adventure.  We’ll be getting our D&D campaign rolling. Come, meet the party and get adventuring.

We invite you to come over today, follow and subscribe to our channel and enjoy the fun!

How GW Can Grow 40K With 5 Marine Minis