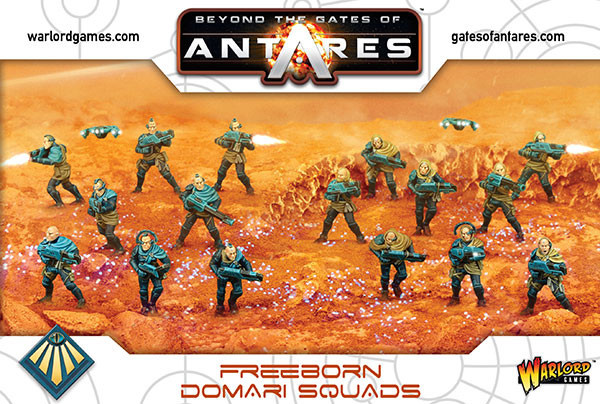 This new plastice Domari Squad is ready to explore new worlds, or protect their house’s reputation and assets. All Freeborn Households are subject to a general levy in times of war or even to fulfil the necessary roles of explorers, garrison troops and ship crews. Troops levied in this way are called Domari after the name used to describe a Household – Domas. Domari squads are equipped at their own expense, or that of their families, so the appearance and quality of armour, clothing and weaponry often varies. The majority of troopers carry mag-type weapons because they are effective, practical and durable, requiring little by way of complicated maintenance. In addition to Mag Guns, Domari squads commonly include a trooper armed with a magnetic launcher – a Micro-X launcher – whose role is to give covering fire and deal with enemy sheltering behind cover. Leaders tend to carry Mag or Plasma Pistols, while some favour Mag Guns or even a Plasma Carbine.