With The Imperial Armour books getting updated, Games Workshop is here to showcase the new version of the Hellforged Chaos Predator! 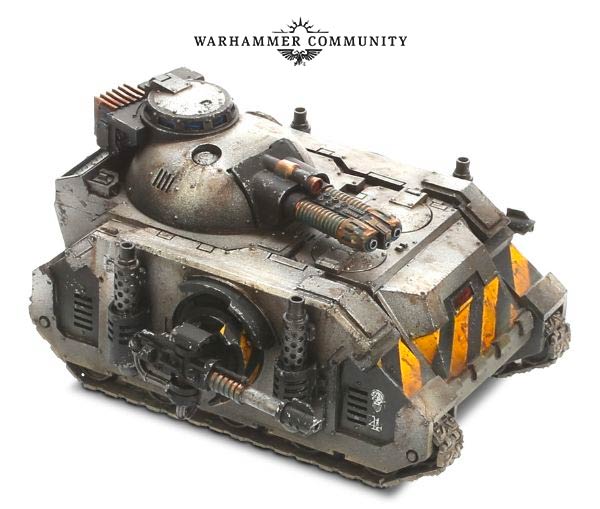 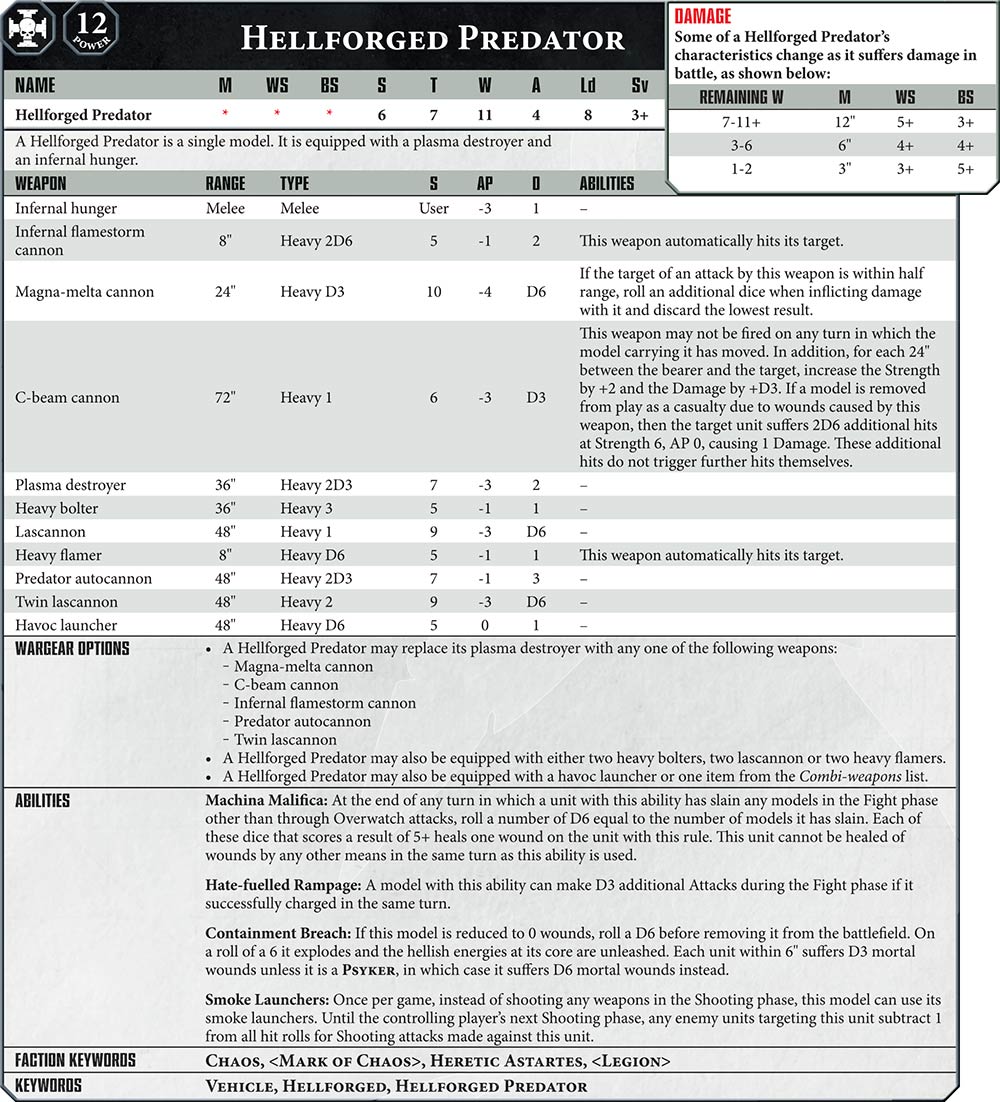 Saying that the Hellforged Predator has some options is an understatement. What’s great about all those options is you can go for a couple of different builds. You can go with a long-range support options with the C-Beam Cannon and Lascannons. A short-range support option is also viable with the Infernal Flamestorm Cannon and Heavy Flamers on the sides. Or you could mix it up and have a generalist tank good at a variety of roles. With the way split-fire works in 8th, that is now a very good thing to have!

Strangely enough, this is one Predator that actually does just fine in the assault phase. Yes, you read that correctly! I’ll let GW explain:

“As you can see above, as Hellforged vehicles take damage, they get angrier, losing Movement and Ballistic Skill in return for greatly increased Weapon Skill. This works fantastically with the Hellforged Predator’s other abilities: Machina Malifica and Hate-fuelled Rampage. In a pinch, these rules combined can allow a damaged Hellforged Predator to charge a squad of infantry and consume them with its Infernal Hunger, then regenerate its lost wounds through Machina Malifica.”

I don’t think this Hellforged Chaos Predator runs on Prometheum… 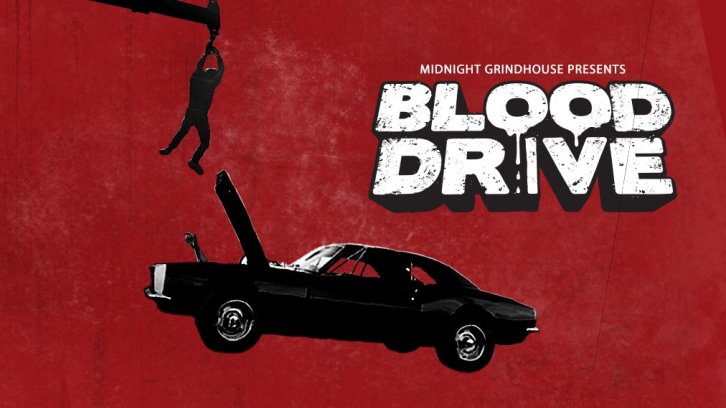 There is one last thing that GW wanted to call out about the Hellforged Chaos Predator:

“It’s worth considering that the <Legion> Keyword allows your Hellforged Predator to benefit from your nearby Heretic Astartes – a Dark Apostle to provide much-needed re-rolls on attacks in the combat phase, for instance. Imperial Armour – Index: Forces of Chaos also features a new character, the Hellwright, who can further increase the combat abilities of your Hellforged vehicles.”

Again, this is one more example of how Keywords are going to allow for “combos” in good ways for the game. The <Legion> Keyword allows any chaos legion to take this unit and t can gain the benefit from applicable special rules – that’s why I really like the Keywords over the old allies chart.

I’m glad to see some more cool stuff from Forge World and I love how they are embracing the Warhammer 40k 8th Edition ruleset. Speaking of Rules, the rest of these rules can be found in the Index: Forces of Chaos. The book is available from Forge World now. 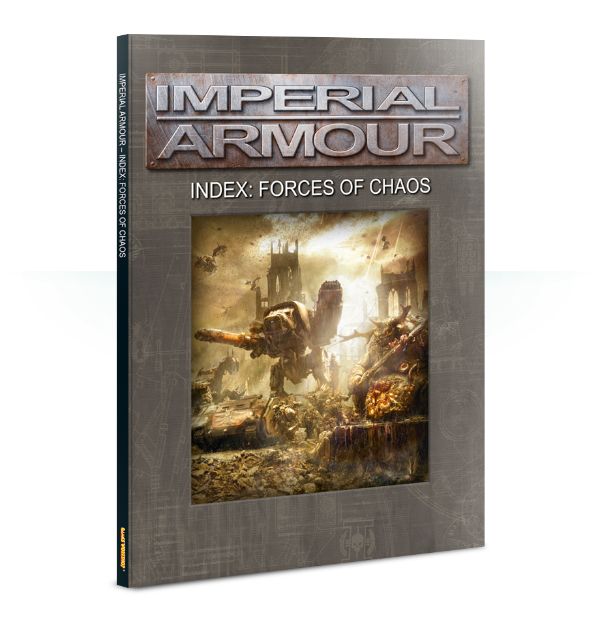 Who says tanks are bad in Close Combat? They haven’t run into a Hellforged Chaos Predator then!