Tabletop Spotlight: They Who Were 8 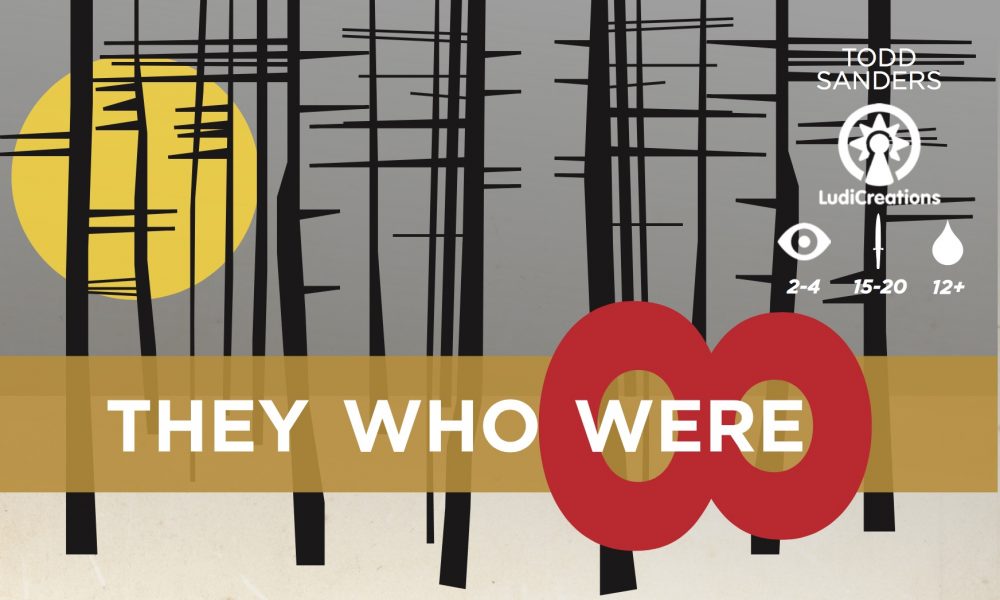 Minimalist Art. Cool Concept. Come check out They Who Were 8!

When our friend Evan from Dragon’s Lair Comics & Fantasy pulled this one out of his magic fun bag I was a little unsure of what to think. They Who Were 8 is a game about playing as a god – the catch is that you’re trying to be on the winning side, but you don’t want to win TOO well. Confused? So was I:

They Who Were 8 is a team game where the gods are a mercurial beings who must gain glory to win. Players form alliances with the person to their left and right. There are two ways to play, but I think the best way is the “team” or Pantheon version. The point of that game mode is to be on the team with the most Glory at the end of the game, but not to be the player with the most Glory individual. That’s right – you want to win, but not be the “best” player on your team. It’s a lot trickery than it sounds – but that is the fun. 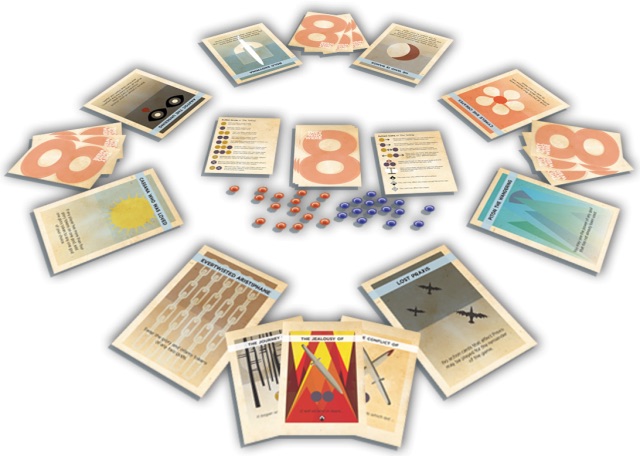 The game play is really simple as the action takes place over rounds of play. Each round consists of players playing action cards from their hands and then drawing new cards. The complexity and strategy comes in the cards you’re dealt and how you play those cards to the greatest effect. For example, if you have a card that will grant your “team-mate” 2 Glory, that’s probably a pretty safe bet. The cards also have their own language in a way – everything is communicated via the icons on the cards. It’s a really elegant system because so much information is transmitted with little to no text (once you understand it, that is). 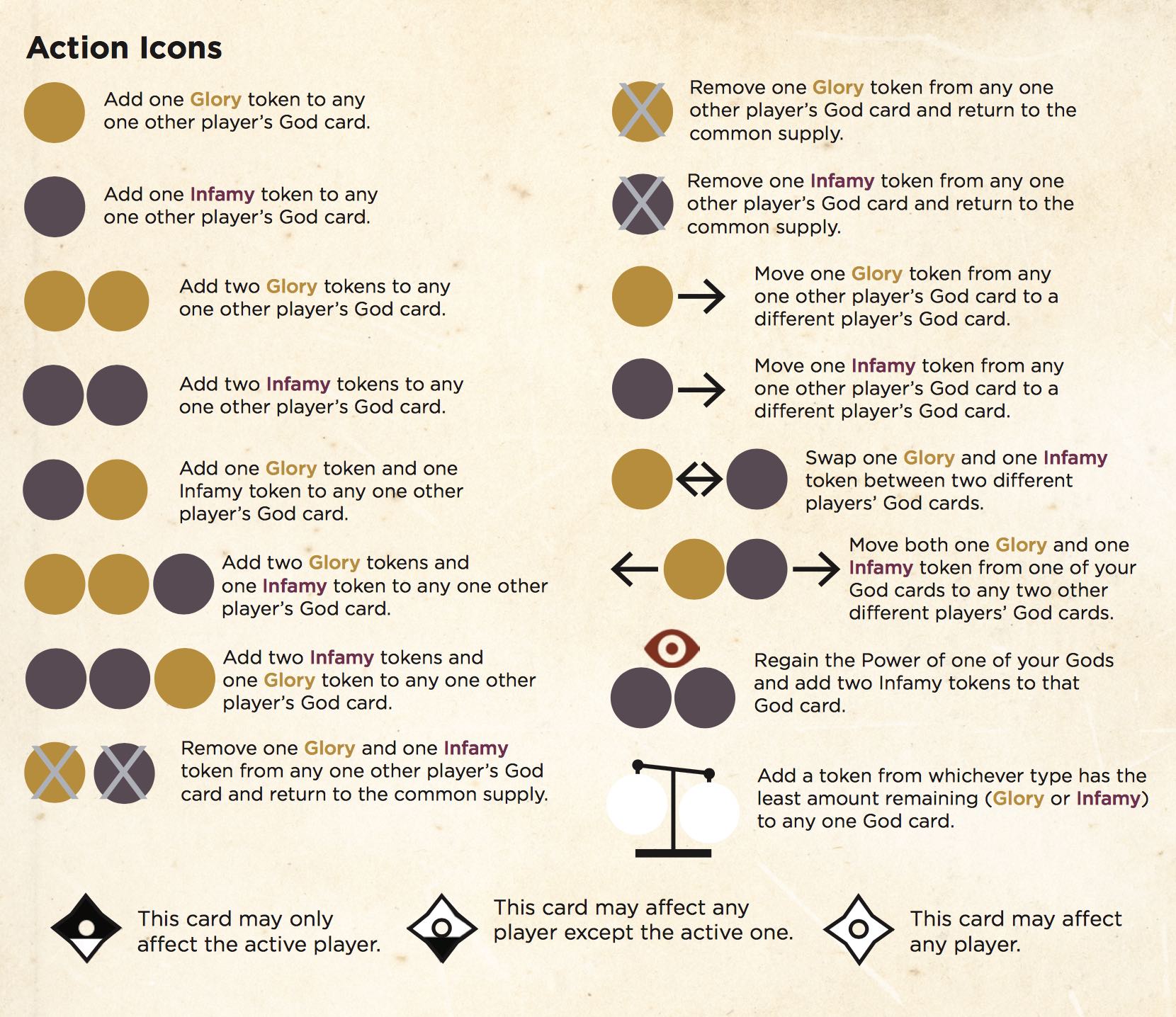 On top of that, each god has their own powers and ability, too. You want to be careful with this however as you will get docked points for abusing your powers! Those powers are another resource that you will have to manage if you want to win the game. Aside from the interesting mechanics (read the full rules HERE) what I really like about this game was the art style. It has this very high concept art style that is visually very minimal, but also super interesting to look at. Again, much like the icons, the art style is it’s own language that communicates themes or ideas with little to no context – I was really impressed.

Games are pretty quick – especially once you get the rules down. And because of that fast turn-around time, I think you’ll find yourself wanting to shuffle and play again and again. They Who Were 8 is a pretty interesting game and if you get a chance to play, do it! 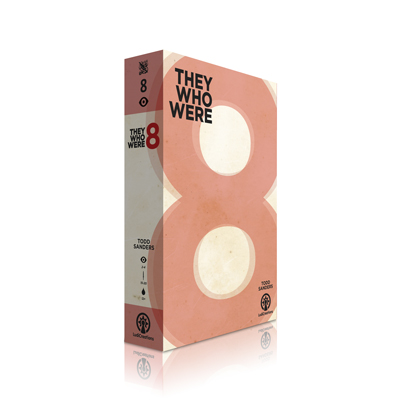 Gods and Goddesses are mercurial beings, given to jealousy and treachery, but they can also possess compassion and valor.

Who among the pantheon can win enough glory among their believers, so that their story of mythic victory can be passed down through the generations?

They Who Were 8 is a game for 2-4 players where each player serves two Gods, seeking to praise them for their Glory, and trying to avoid stories of their Infamy.

The game can be played in two different ways:

• Titanomachy:
A game for 2-4 players trying to achieve an individual victory.

• Pantheon:
A partnership game for 4 players, played in two teams of 2.

In both of these games, the players take actions that represent a bard’s retelling of the ancient story of They Who Were 8. They may also call upon the powers of their Gods to control the narrative and establish their version of the saga as the one told for eternity.

Do you have what it takes to rule with Glory?

Author: Adam Harrison
Writer, Editor, Texas Native, and Austinite for 15+ years, Adam covers all things Tabletop Gaming. Which includes Warhammer 40,000, Age of Sigmar, D&D, Board Games and everything else that involves dice, boards, cards and a table. A hobbyist, player, and collector of miniatures and games, Adam's current obsession are his Death Armies for Age of Sigmar, his Blood Angels and Tyranids for 40k, and his ever growing Arkham Horror: The Card Game Collection.
Advertisement
Card Games Tabletop Spotlight Unboxing Video Games
Advertisement 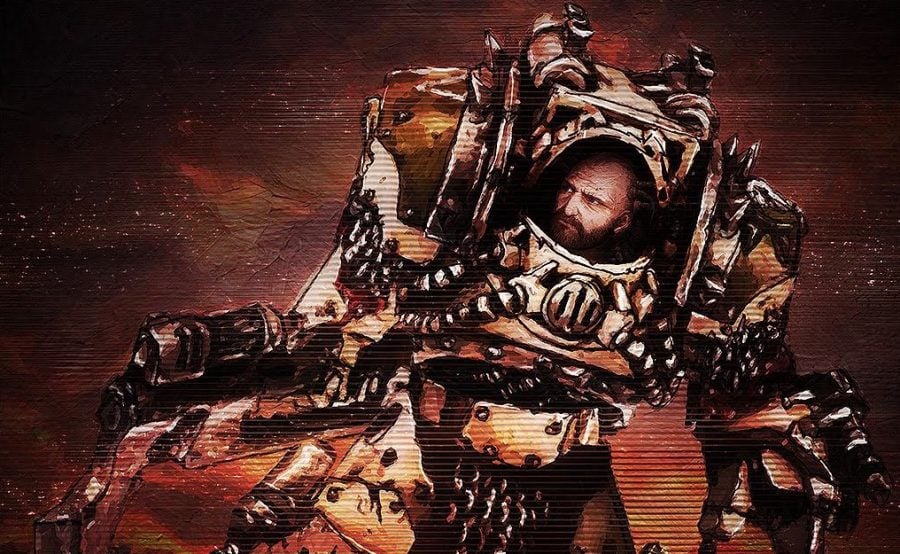