So about those new weapon options for some Primaris squads… There are some clear winners and losers.

The Space Marine codex introduces a bunch of new weapon options for your Primaris squads, but they are all not built equally. 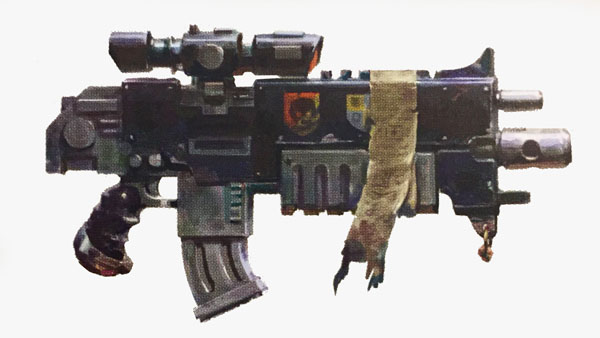 We have 3 choices here for your standard infantry:

Here I think the choice is clear – the Auto bolt rifle is the winner.  I think in 8th, the real weapon values you are looking for are volume of fire, a strong AP to bypass cover and armor, and a high enough strength. There is big band of 3+ to wound rolls before you hit the rarified air of the 2+ double toughness weapons.  The autobolt rifle keeps your Intercessors on the move, able to advance and fire if needed, and S4 is standard across the weapon options. I’ll take the double shots out to 24″ over the other weapons any day. 8th Edition is all about maneuver and range isn’t as critical as it was.

While the bolt rifle is serviceable and more a matter of personal choice I think the Stalker is junk; a very situational weapon that can get your squad caught out of position if you aren’t careful. If you do everything just right it can be a killer, but a smart opponent wont stumble into its sights.

We have 3 choices here for your heavies:

Again, the clear winner here is the Assault Plasma Incinerator. The Assault Plasma Incinerator keeps your Hellblasters on the move, able to advance and fire if needed, and S6 is plenty high to get the 3+ to wound against many targets. It still gets the 2+ against T3 races. That AP:-4 just burns heavily armored targets out of cover en masse. It’s a killer that meshes perfectly with the flus high speed battles so common in 8th. It maybe the Eldar and IG/Scion’s worst nightmare. 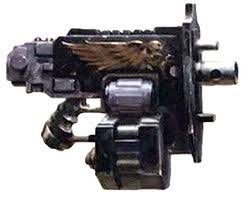 We have 2 choices here for your Primaris flyboys:

This one’s a tougher choice but I still say go with the Assault Bolters.  The average result of a D3 is 2, meaning you are weighing 50% more shots from the bolter versus the increased strength and the 2 higher AP value of the plasma. This one is more user choice but again, if your primary target is T4, you’re still wounding on a 3+ in both cases (discounting the risky supercharge shots).  The Assault bolter becomes an easy desision if you have any way to improve the odds of getting wounds through – such as a cheap Lieutenant or other dice modifying HQs hanging around.  God forbid you have Roboute on the table – then it’s Assault bolters all the way.

But I will say that if you know in advance you will be hunting vehicles, or very high armor targets far from any support HQs the plasma option increases in appeal.

~ How would you equip your Primaris squads?