Ironically, with the rules tweaks to this Imperial Armour Index, there’s a little less Chaos to the rules.

Continuing the clarifications to the rules we’ve already seen, today we’ve got a look at some of the big changes in the Imperial Armour Chaos FAQ. It seems that many of the changes are omissions–models gain access to weaponry they previously couldn’t take. For instance the Havoc launcher is in play for some of the Dreadonughts–but also there’s some clarification about which of the demonic hordes can join which legion of traitors. Take a look!

Let’s start off with a big (but not titanic) change. The Chaos Decimator is no longer titanic, which means it no longer needlessly takes extra damage from a macro weapon. Also, it has a weapon called the Soulburner Petard (which you’ll find out is 60 points, thanks to further errata), so I guess it’s time for the obligatory statement about how it’s no longer hoisted by its own petard. 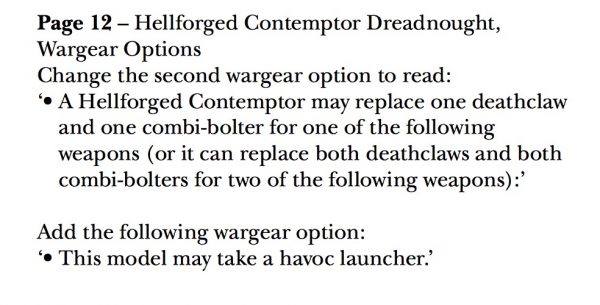 The Hellforged Contemptor Dreadnought gets some love this time around. It can switch out both deathclaws/combi-bolters for two of its special weapons, and may additionally take a havoc launcher. But that’s not all, because Hellforged Contemptors also have the Machina Malefica ability, which has received a serious tweak.

So it used to be that the ‘cannot regain lost wounds’ restriction only applied during turns in which it punched someone and ate their soul. However, now it’s a blanket restriction that prevents them from regaining their lost strength except by killing people and eating all of their delicious blood. They also removed the Overwatch thing, which is fine, because Overwatch doesn’t actually happen in the Fight phase–but it is further incentive to get your Hellforged Dreadnoughts into melee combat. 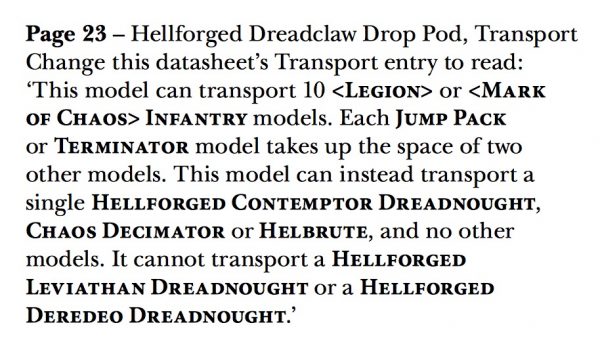 Though your Hellforged Leviathan and/or Deredeo Dreadnoughts will have to walk. As they can’t fit in the Dreadclaw Drop Pods, I guess. 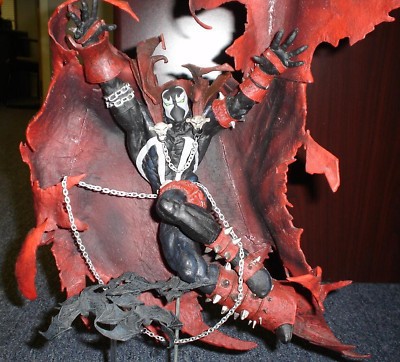 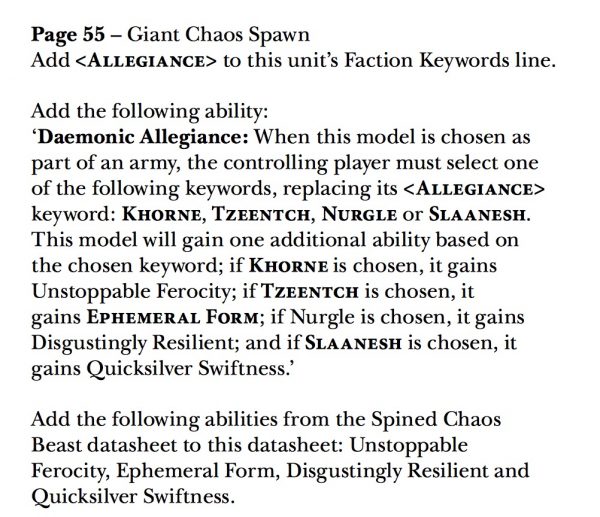 This one is actually a fairly big change (which is fitting given that it’s to the Giant Chaos Spawn). Now they come in a particular flavor, and gain a special ability depending on which of the Ruinous Powers they’re aligned with. That Tzeentch ability, for instance, ups its invulnerable save to effectively a 4+, while Quicksilver Swiftness means it always goes first in combat, even if it hasn’t charged. So you can help find a more suitable role for this in your forces. 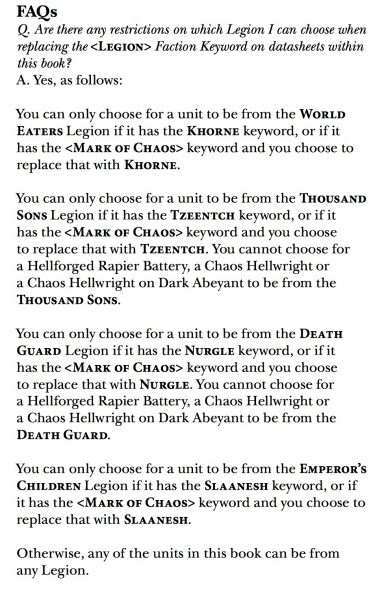 One last big change here, and that’s to the whole keywords thing. Certain demons just don’t play well with certain traitor legions. The Thousand Sons are all Tzeentch all the time, the World Eaters are Khorne Exclusice–and so on. Rules to help enforce the fluff–which we’ve kind of seen in some of the other mechanics. Well that’s it for now. But stay tuned as we expect Imperial Armour Index Xenos and Militarum to drop sometime soon.

In the meantime, happy gaming!