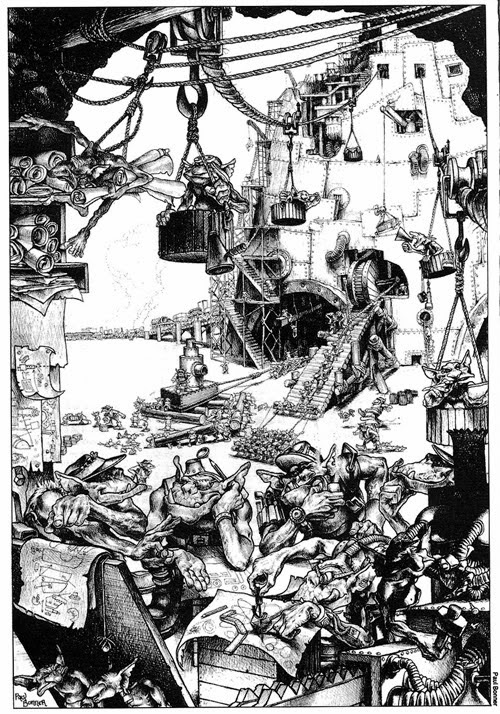 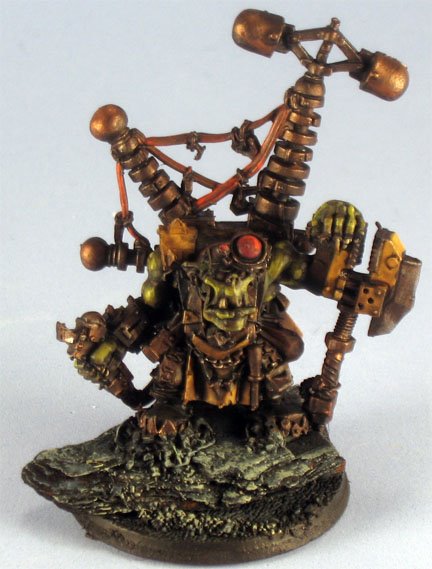 The Orks have fascinating, if inferior, technology. Let us look whence it came.

The wreckage of a massive Stompa was recently found in the polar regions of Tarvan. We’ve already studied the form of a gargant–but now let us turn our face towards their creators, those mad “Oddboyz” called Mekaniaks, or more informally (much to my chagrin) ‘Meks.’

Mekboyz (also known as ‘Mekaniaks’ or just ‘Meks’) are Ork Oddboyz, and are the engineers who build all the gunz, vehicles, and other machinery used by the Orks. They are especially important to Speed Freeks, as they maintain their prodigious amount of bikes and vehicles. Important Mekboyz are known as Big Meks, who lead groups of lesser Mekboyz armed with all variety of kustom equipment and combi-weapons, sometimes even warbands or whole Waaaghs! armed with a better percentage of less than conventional orky weaponry. Mekboyz are an interesting example of the Ork race because their abilities with machinery are not a learned knowledge. It is less intelligence or skill, and more instinct, as their relative wealth of technological know-how is actually genetically engineered into them, and is expressed in their trademark crude and ramshackle style of building. Although incredible as it sounds, this knowledge at its peak actually surpasses the Imperium’s technology levels.

Well, this is heresy and demonstrably false–the mechanicum on Mars are more than capable of whipping up a batch of machines that are more than a match for any Ork “machinery,” so long as they have the right STC patterns and feel like it. No match for good old Imperial knowhow! 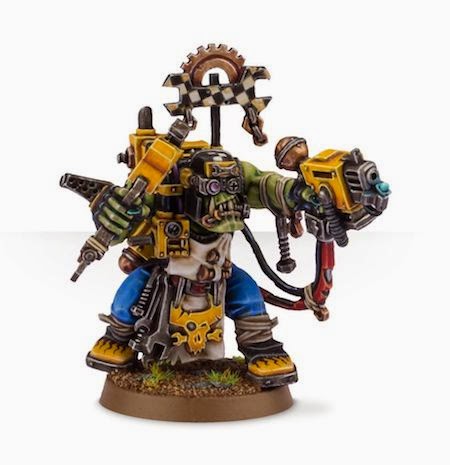 It should be noted that the bulk of their “technology” is so incredibly crude that its ability to function would apparently contravene not only common sense but the laws of physics as well; a given shoota is, more than likely, literally slapped together out of scrap metal, leaving it by rights incapable of firing. That it works at all is testament to the power of the Ork Waaagh!, as it’s peculiar psychic field allows them to bypass the physical impossibilities that would ordinarily render their gear useless or broken, simply via belief. Within limits, if an Ork believes a particular gun is working and pulls the trigger, it will fire. Although this doesn’t mean that anything will do, and Mekboys create what conceptually might be relatively close to their intended weapon or wargear. The power of the Waaagh! gives the item that extra push it needs to operate. Mekboys are therefore critical to the maintenance of Ork technology not only physically, but psychically as well, as they can instill sufficient credibility in the Waaaagh! regarding a given device to get it actually working. A related version of this system is why “da red wunz go fasta.”

(Editors note: when our loremaster heard this, the original article was about another two thousand words of apoplectic ranting, we have condensed it to the preceding sentiment for the sake of brevity)

Big Meks are stronger, more powerful Mekboys who have, over time, gathered a following of Mekboys and acolytes. Their mastery of technology is unsurpassed and are often seen with forcefields protecting them and their creations. 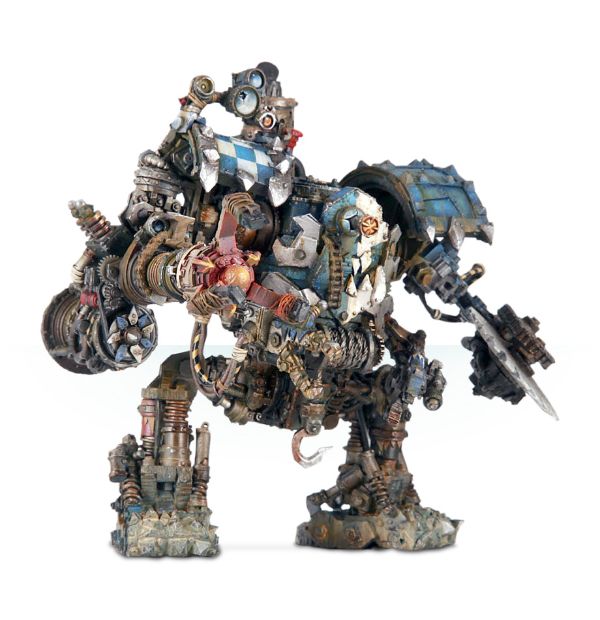 Mek-Bosses are the biggest and most powerful Mek’s, often acting as Warbosses in a Waaagh!

Our loremaster is currently whimpering on the corner–likely a warning about the dangers of reading anything other than the Imperial Infantryman’s Uplifting Primer and Regimental Standard.