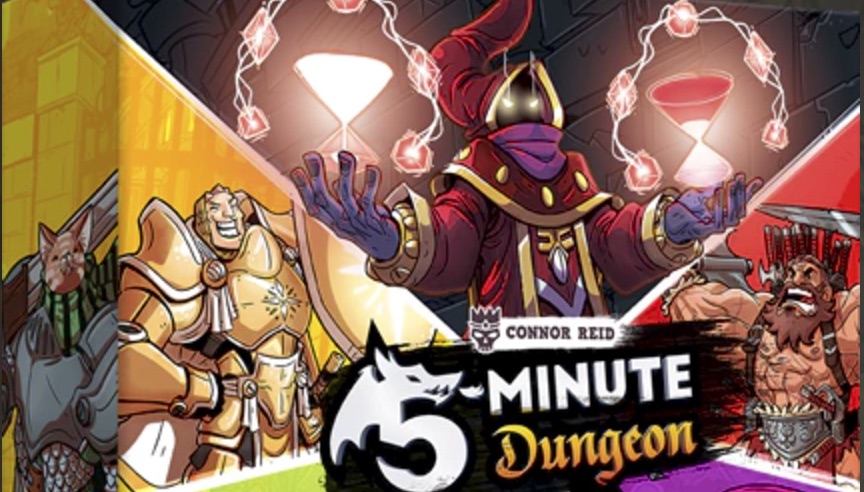 5-MInute Dungeon was a fantastic Kickstarter project It’s a quick game (as the name implies, that you and your friends can pick up and play with just a few minutes between you. A fun way to kick around some time and get yourselves ready to have some adventures, or to cleanse the palette between other games. Or as you might prefer, this is a great game to have along at a convention or the like, it’s easy to play while waiting in line for panels. And it’s fun.

Well now the game is getting a retail release. I’ve seen this happen for a few of the Kickstarter games–they do well, prove their concept (and earn their fanbase) and then with a little bit of luck they pick up distribution deals or the like. And this is great–more people can pick up on the games they love, and these developers have a chance to see their work reach a wider audience. This one, for instance, you’ll be able to grab at Target, which is insane for a kickstarted dungeon crawl game. But that’s the world we live in today. 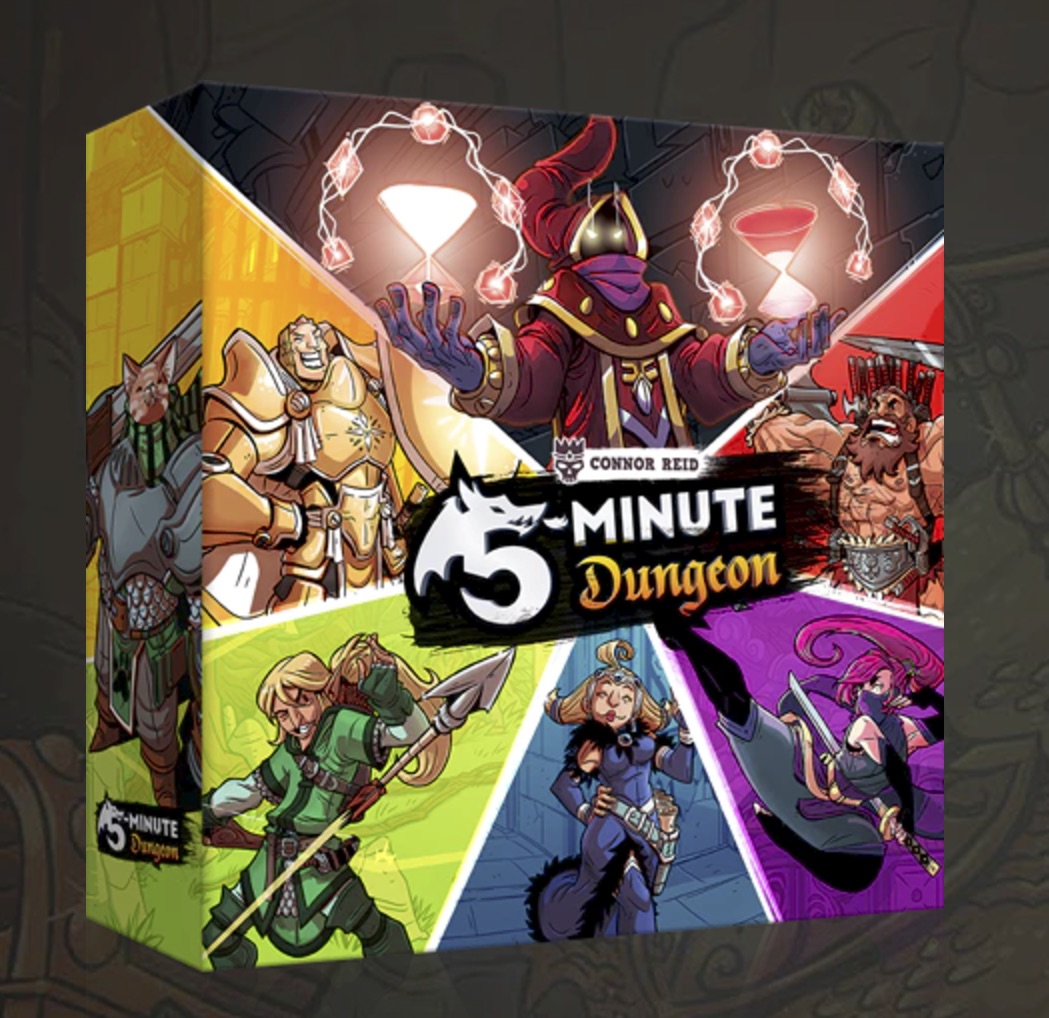 We at Wiggles 3D Games are pleased to announce that we have partnered with Spin Master to produce and sell a retail version of 5-Minute Dungeon. This version has an all-new cover in a unique hourglass-shaped box: 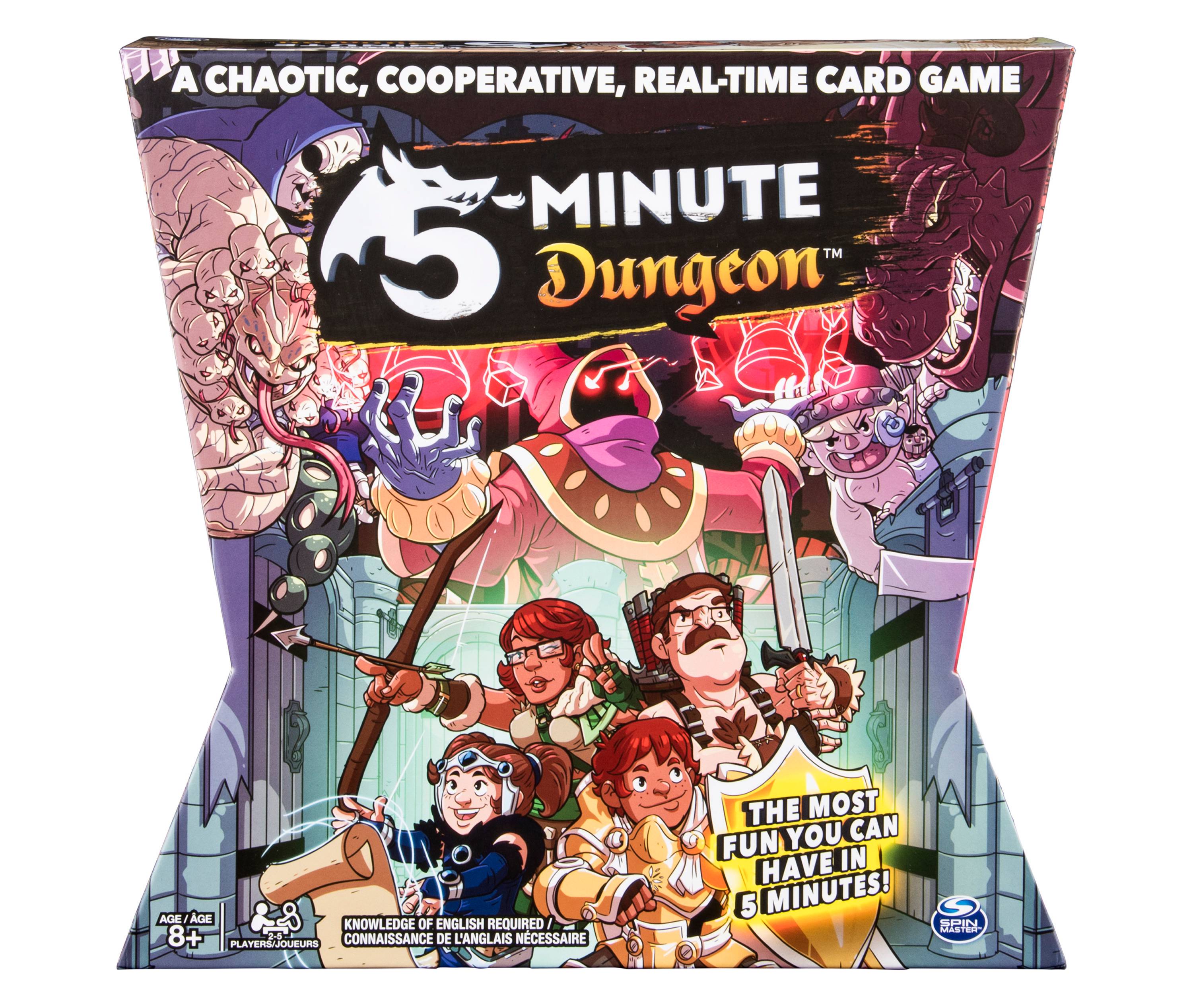 The game comes with:

Of course, the retail version doesn’t include the extra content added during the campaign (the Kickstarter deck, Baby Barbarian figurine, and 2 Kickstarter boss mats).

Spin Master sent us some copies of the retail version, and we’re pleased to report that the quality of the components is top-notch, just like in the Kickstarter edition. And, of course, the game includes all the same great, whimsical art by Alex Diochon!

As the box art implies, this is a family friendly game–and because it’s cooperative it’s not likely to ruin relationships, so long as you avoid the one person telling everyone else what to do trap that you can fall into. If you stumble into that one, then there’s not much I can do for you, other than say that I wish you luck with your new family.