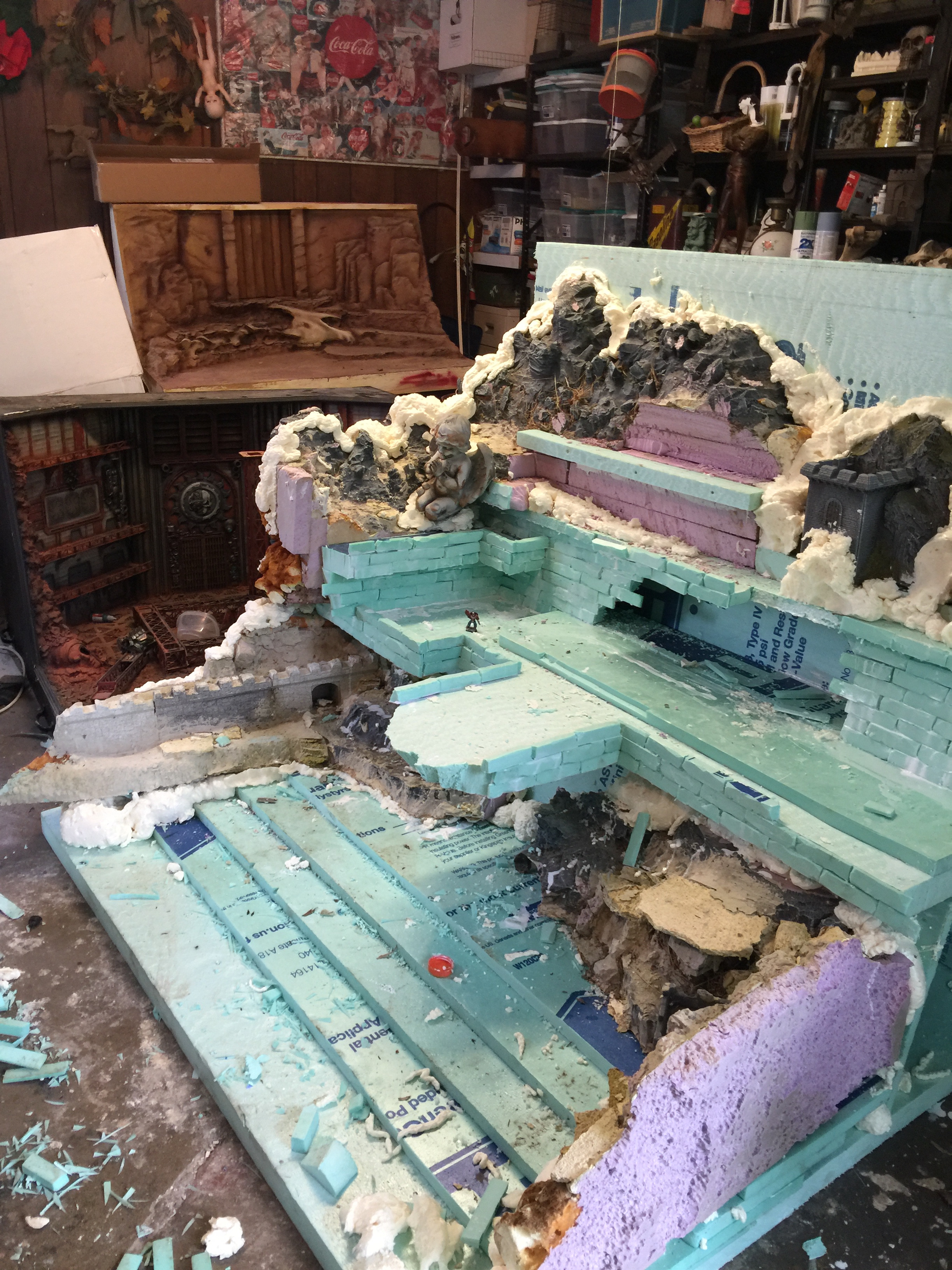 The huge Stormcast army is just about done, so time to start on the backdrop. It’s a BIG ONE

Day one, got a good bit of progress.

For size reference, you can see the Mars and Orruk displays in the back, those are 4’x3′. This one is 6’x4′. The army is so large that it simply requires something so massive to get it all in frame.

Doing one of these is always a different set of challenges and jigsaw puzzle of models to fit in. For this one the main issues are weight, so I can lug it around, and space within itself since the army is so big, and a little creativity beats 8′ wide.

It’s so large, that it may end up being a one use only deal if I don’t tarp it in the woods or something. With that in mind I am going light with the materials and a little cheating using some old pieces I was going to cut up and toss anyway that are fitting and all foam. Also planned to do tons of cast plaster blocks using lego molds, but that would have been so heavy it just isn’t feasible. Don’t really like using foam for detail work such as the blocks, because you can tell what it is and has slightly less realism to stone than cast, but it is lightweight.

Another point you’ll notice is it is preferred to make the frame of the backdrop wooden, so it is nice and clean and durable to take somewhere, hang up, or just stick around in case. Since this one is more utilitarian, skipping that bit.

Space is a big concern, so a few tricks to cram more models in. Overhangs, ruined bridge, busted wall (which will have a nice Victorian interior) and more vertical than most allows for more models within the same space, carefully placed so in the overall nothing is hidden.

Quite a bit of work done for the first go at it, but mostly form. Still a ton of detail work to go, and a lot of drying time. In the meantime, the army is coming out great, and the Stardrakes and basing are all that is left. Will get a bit closer to finish on the backdrop and make another update, then it should be a wrap. 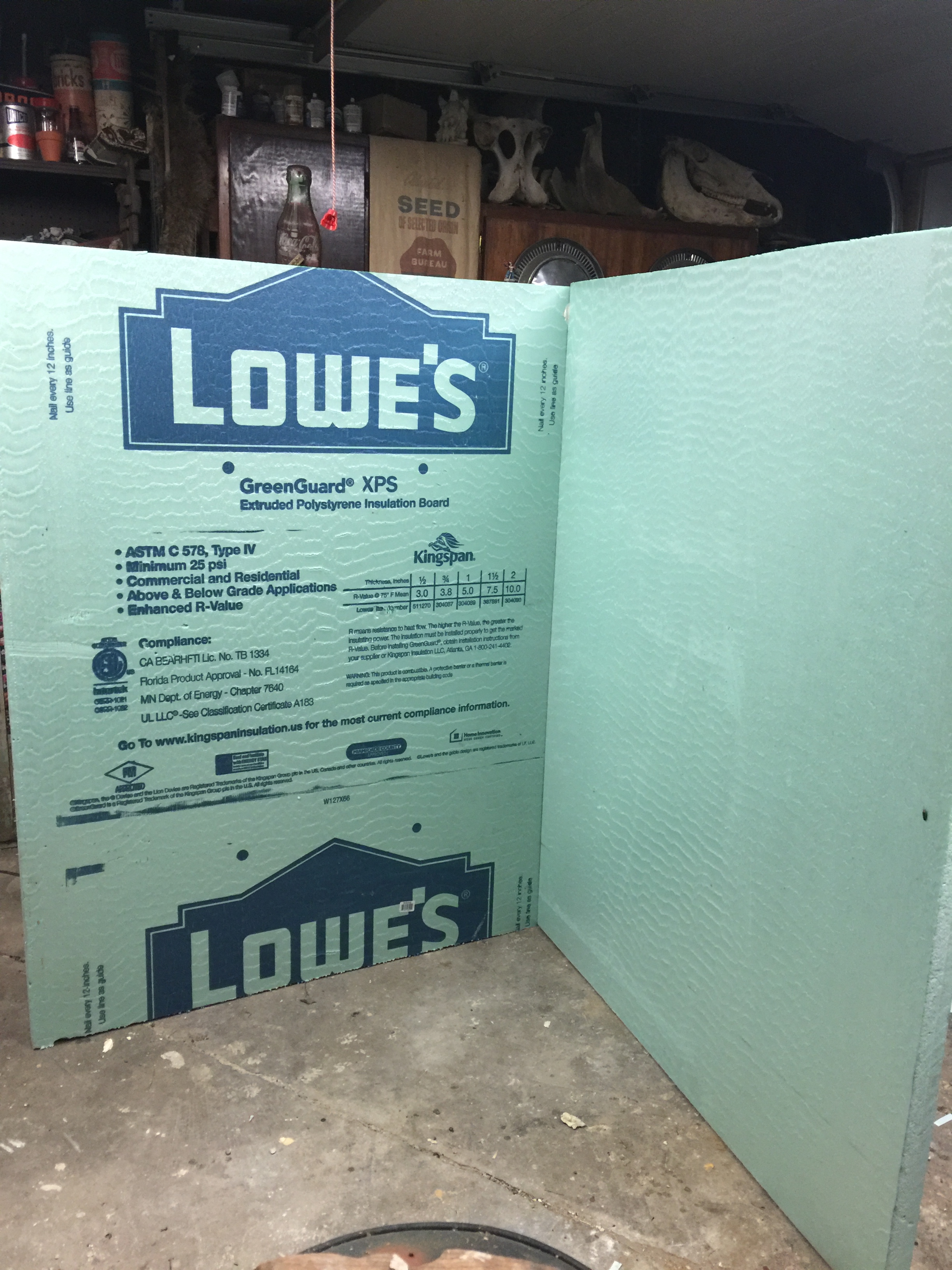 The thing is so big, the main structure had to be built upended. 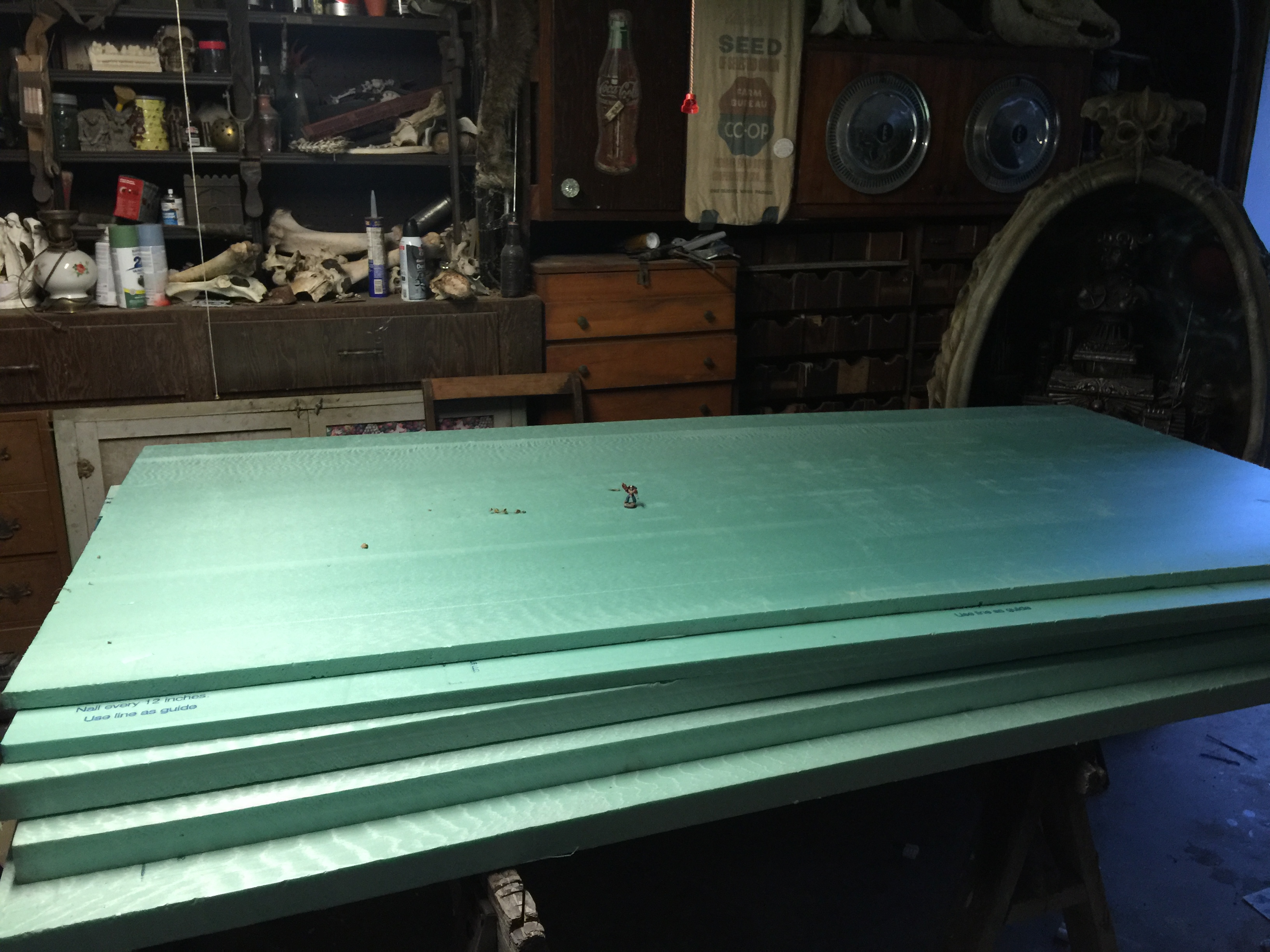 And a parting image  of the foam haul.  Normally I only use foam for base structure to save weight, with wood for most things that need durability, but in this case lightweight is king.

~Next time, the Backdrop finished.