This set takes characters to odd and amusing places. Let’s take a look at Batman as a Civil War hero working for President Lincoln and Diana Prince with a decidedly different look. 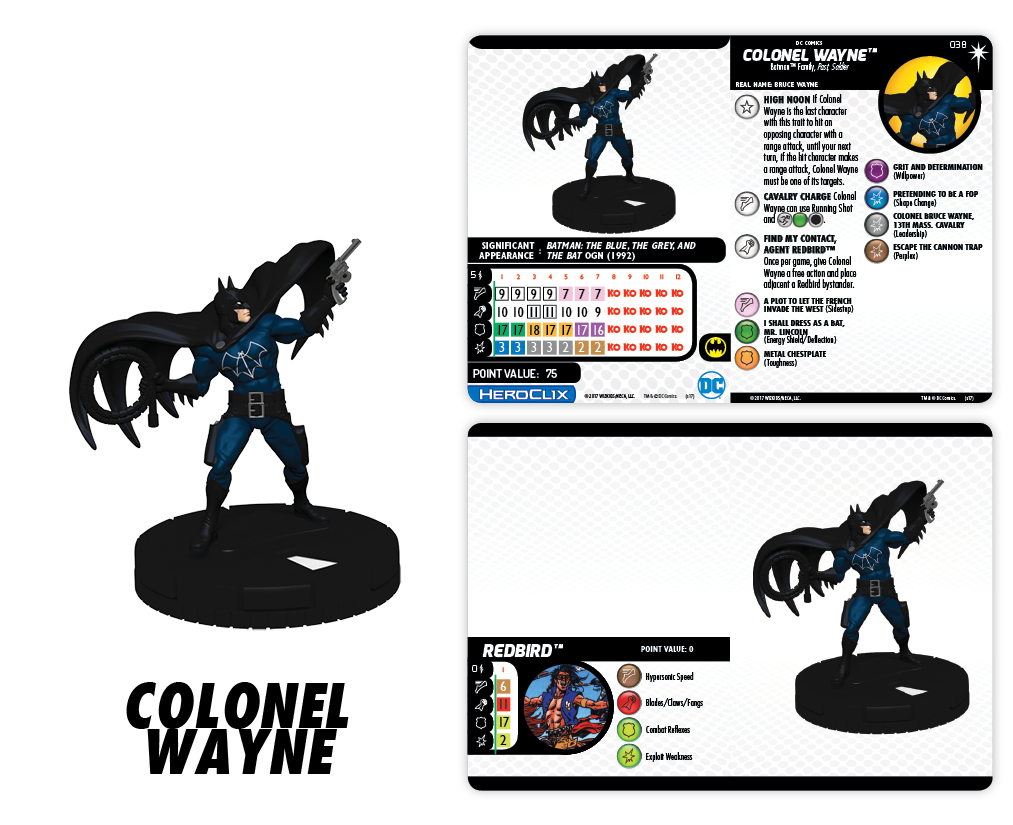 Colonel Wayne has a defensive bonus against ranged attacks via Energy Shield/Deflection and Shape Change as he tricks opponents by posing as a “fop” (that’s a “dandy fool” for you city-slickers). The third click of this dial brings about Toughness from a protective chest plate and Leadership since Wayne is a commanding officer, after all. Also in the middle of the dial is a special power, Find My Contact, Agent Redbird, which lets Colonel Wayne place a special bystander token adjacent to him once per game.

The last two clicks of Diana Prince’s dial reveals a more up close and personal attacker, as she can move into action quickly with Charge and is a dangerous opponent with her special power, Swords Manifested From My Wristbands. Surprise! This power is exactly what it sounds like, manifesting as Blades/Claws/Fangs. However, it can also be used to give Diana a close combat action to target each opposing character within 2 squares and line of fire with a close attack.

Check Out All of Her Stats Here

KoW: Heroes of the Edge of the Abyss 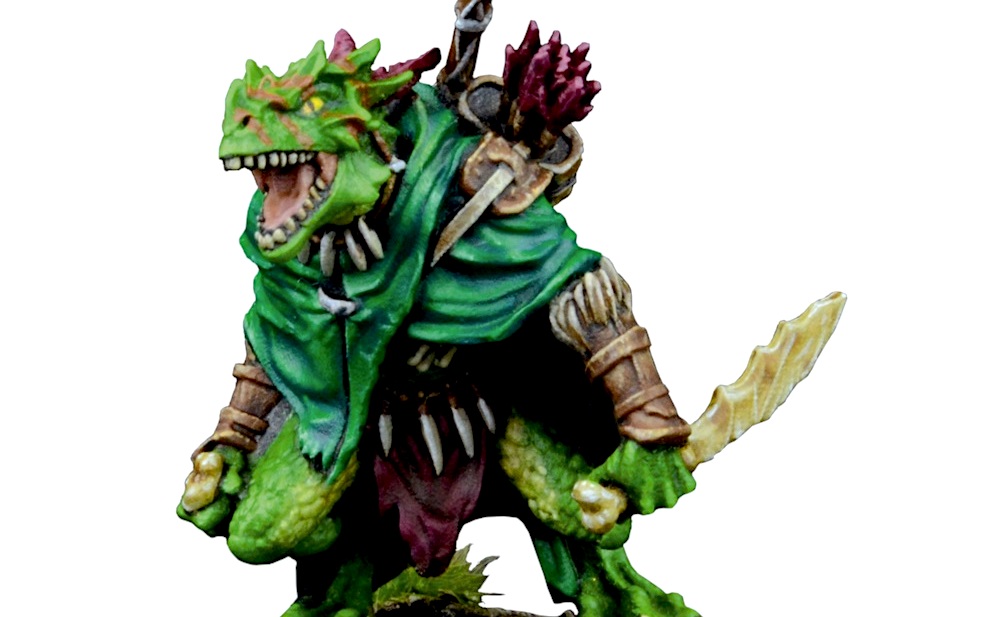