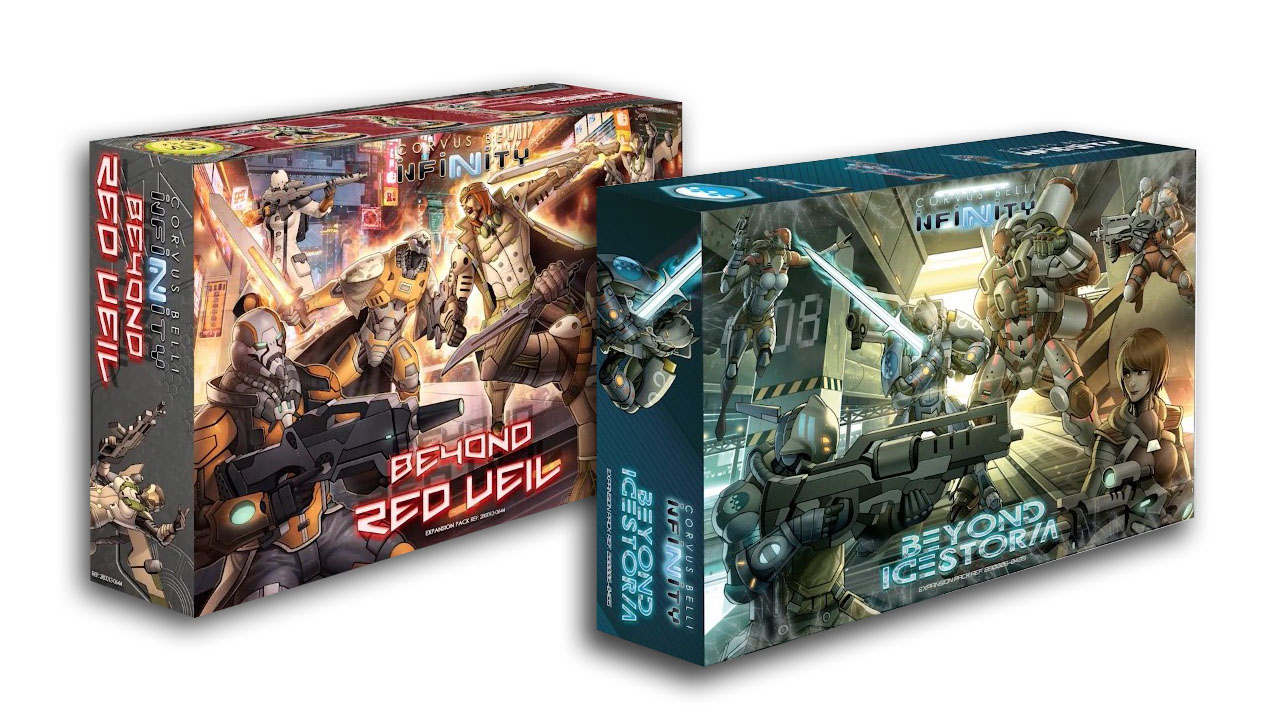 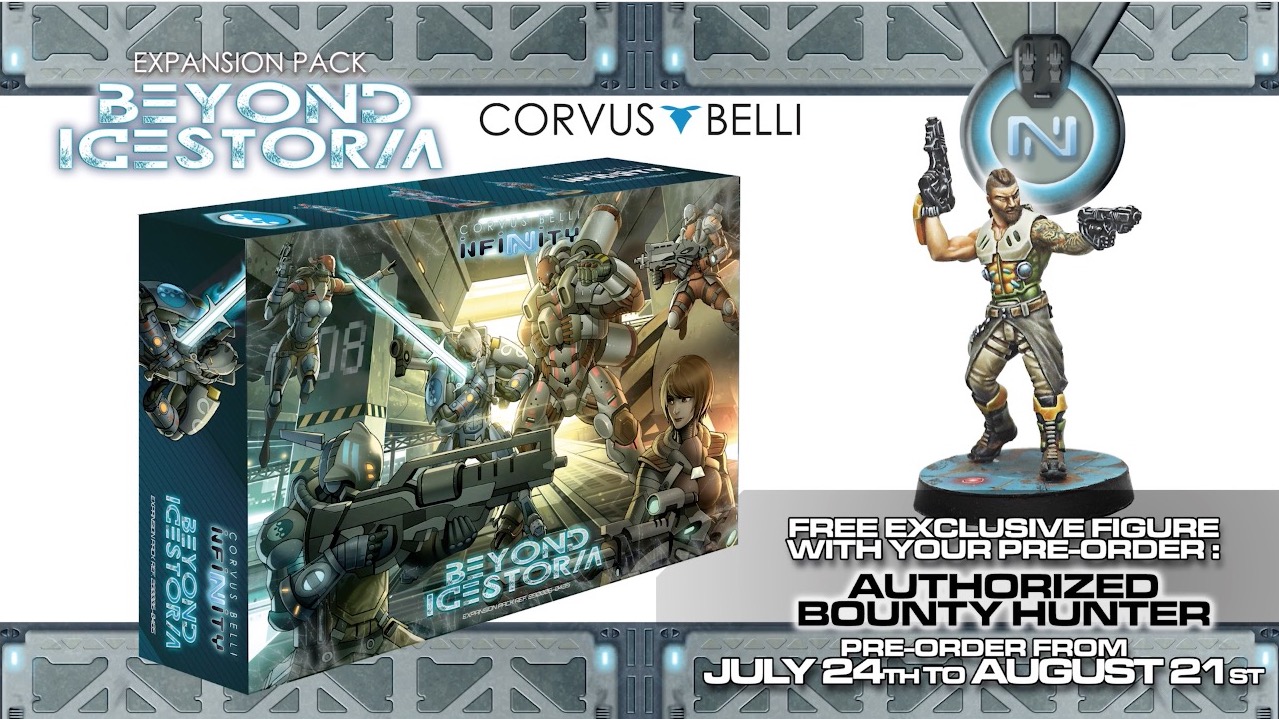 “In the frozen plains of Svalarheima, Nomads and PanOceanian black ops teams fight for the technological secrets hidden in the Moto.tronica R&D facility.”
This expansion set extends the PanOceania and Nomads army lists of the Operation: Icestorm Battle Pack up to a completely playable 300 point army list. 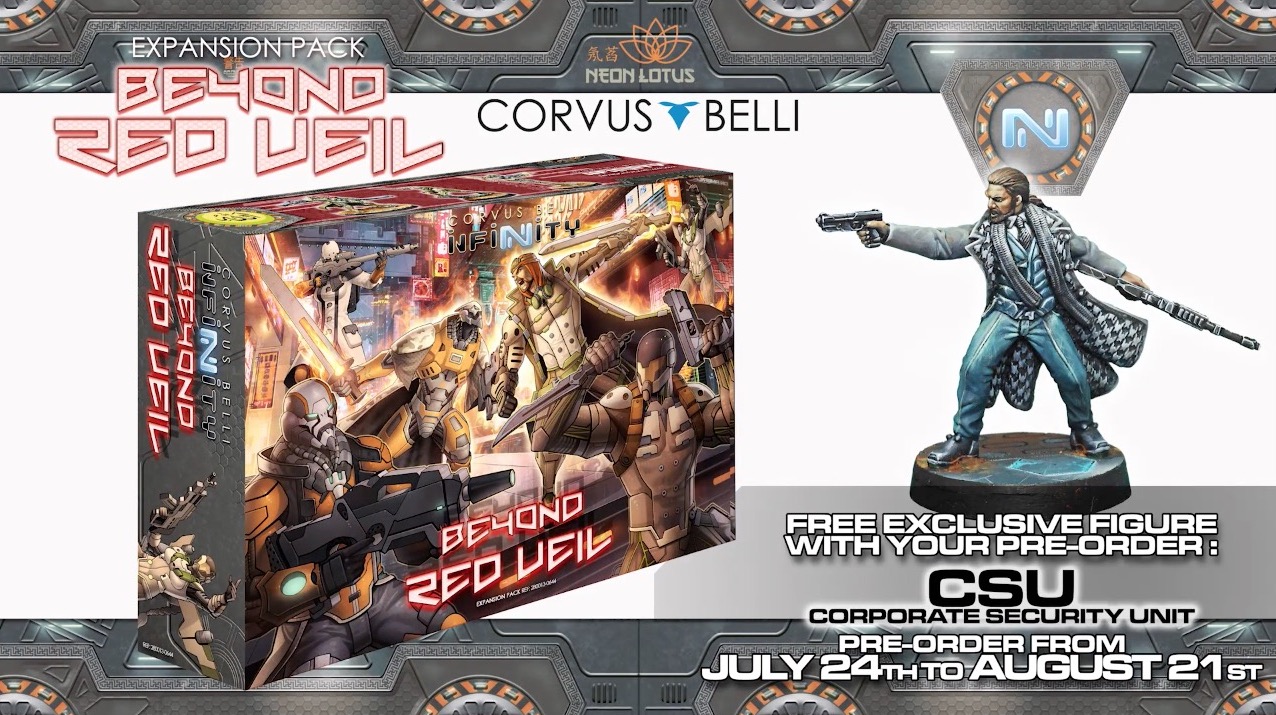 “In the commercial area of the Neon Lotus Orbital Station, Yu Jing and Haqqislam spec ops teams fight for data that could reveal a covert operation to manipulate and subvert the financial markets of the Sphere.”
This expansion set extends the Haqqislam and Yu Jing army lists of the Operation Red Veil Battle Pack up to a completely playable 300 point army list.

No word on prices but these go up for Pre-order on July 24th to August 21st.  If Corvus Belli continues their normal behavior there should be crates of these available at GENCON 2017.

~More on these as info comes in.