Kings of War: Orcs Make War on Everyone 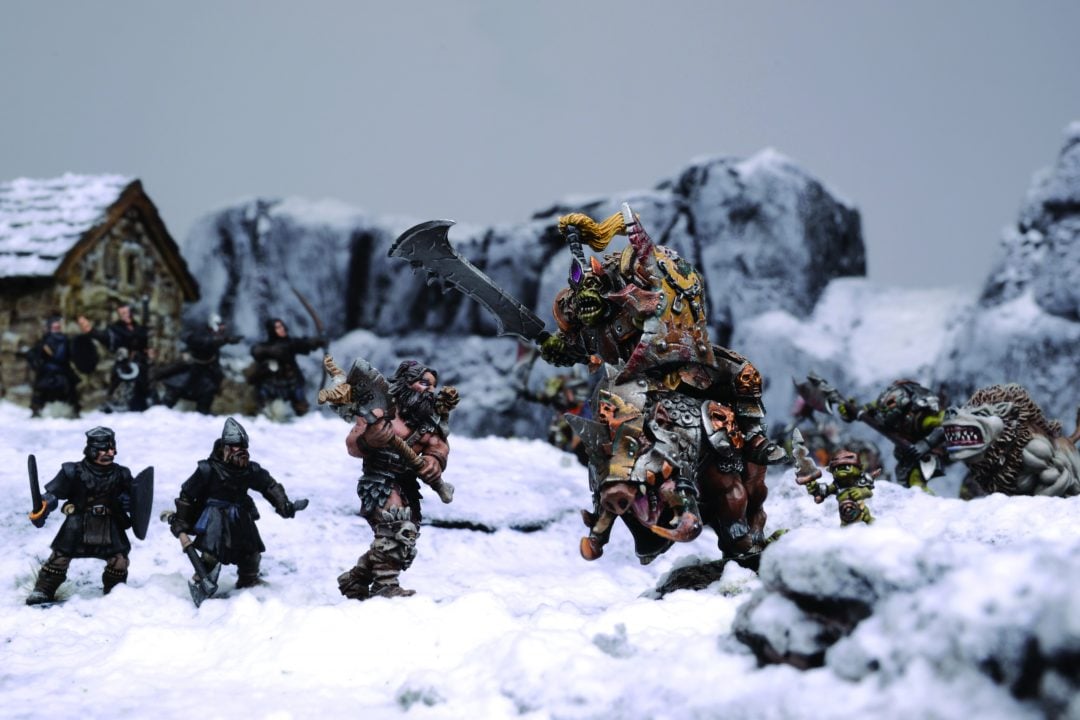 The Orcs are driven by the constant need to make war–perhaps they can fight the abyss itself.

The Orcs of Mantica have been forged into a rave of warriors for whom there can never be peace. Cursed by their creator, they only know respite on the field of battle. Restless and rowdy, they threaten to scour everything they come into contact with. 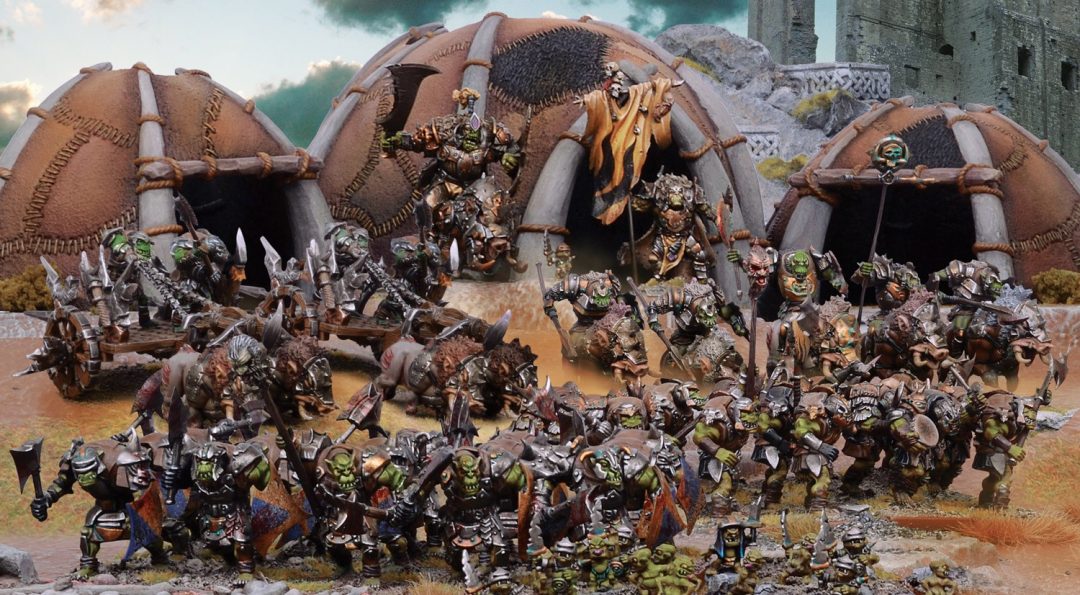 While Oskan sought to lure the Noble Races from the Shining Ones side in the God War, Garkan the Black decided on a more direct approach. With flame, iron, and black magic, Garkan reforged souls into new, terrifying shapes. Nine-hundred days after beginning his task, Garkan released his creation into the world. He created the Orcs for one purpose, to make war on all of Mantica, and they have never faltered in this task.

War consumes every instant of an Orcs life. Garkan ensured it would be so for he made peace physically painful to an Orc. If an Orc goes too long without conflict, the curse will take its toll. Their insides will burn, their thoughts become confused with one word pounding in the backs of their skull, repeated with each fall of Garkan’s hammer onto the Orc’s soul, “Destroy.” An Orc can never truly know peace.

Driven by this curse, the Orcs have spread far and wide since the God War. Their tenacity means they can survive in the most hostile of environments found all across the edges of Mantica. Hating order as they do, Orcs cannot form permanent settlements, instead roaming across these hostile wastes in bands of varying size with the strongest and most cunning of Orcs in command. The warlord will pit his band against others of his kind, subsuming the survivors of these battles into his own force. Once the band attains suitable strength, the warlord will turn them on the civilised lands. The Orcs will raid, pillage, and burn, all to stave off the torment Garkan will inflict should they remain at peace. Often described as the “glass hammer” army, orcs hit like a ton of bricks but their lower than average Nerve values means units are vulnerable. No matter, there are usually plenty more following in after the carnage wrought from the first wave! Orcs are combat brutes, typically having an excellent Me score and Crushing Strength. They have minimal ranged attacks though and no war engines. Orcs don’t shoot stuff if they can chase it down – which is far more fun and satisfying. Lots and lots of Axes. And then there are the axes. They come in all shapes and sizes, Ax, Greatax, Morax (can you guess what this unit has more of!?). Lumbering alongside the Ax units are giants and mobs of trolls while pesky, vicious packs of orclings get under the feet of everyone. Out ahead, the weedy Skulks offer the only ranged option for the army while the Gore Riders and chariots bide their time, waiting for the optimal moment to charge. Fight Wagons are a fast moving Morax delivery system designed to carry the greenskins into the heart of the enemy, and spurring the whole army on are the Krudgers, the orc bosses riding their awesome and terrifying Slashers.

If you feel the need to tear down the civilisations of Mantica, you can use the code ORC10 to receive 10% off the Orc Army and Mega Army on the Mantic website.