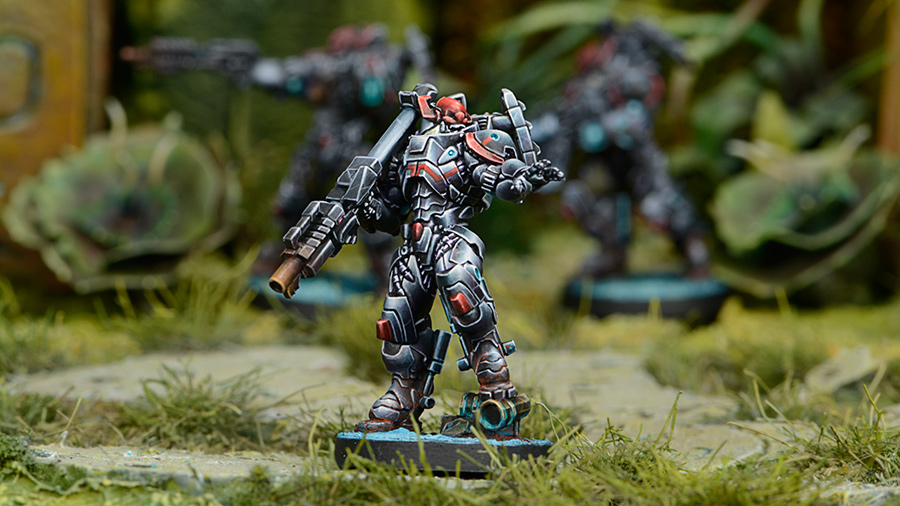 Check out the latest Infinity minis up for grabs for Yu Jing, Combined & Ariadna. 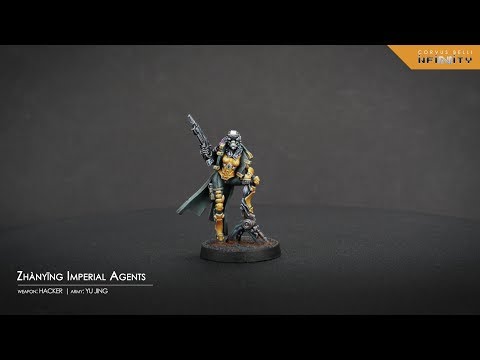 Imperial Agents are direct representatives of the Emperor, an elite caste within the Imperial Service. In this caste, there are ranks, structured according to their proximity to the Dragon. Zhànyīng Agents, the fighting eagles, are one of the lowest rungs of that ladder. Without contacts or influence, these agents have clawed their way into the Imperial Service on their own merits, but now have very little chance of breaking through the glass ceiling into higher ranks. This, however, is not a measure of their effectiveness. As representatives of the law and the Emperor, they have ample powers and the best equipment.

These Imperial Agents are given wide leeway, and they use it all in the performance of their duties. Wherever they go, the law is obeyed. Despised by the liberal press for their violent, expeditious methods, and accused of being an instrument of repression, the Zhànyīng know better. In their job, they are surrounded by the scum of society; they know criminals have immense power over law-abiding citizens. If they do not protect the oppressed, who will?

Zhànyīng Agents will get their hands dirty if that is what it takes to keep Yu Jing clean. It is just the burden they bear, and they expect no acknowledgement for it. Simply put, to do their job they must walk into morally grey areas, and to keep doing it, they can leave no compromising evidence behind, so they must clean up. They rationalize it as the reward for a job well done. A cursory Cube scan will reveal that Zhànyīng Agents are ruthless people with a very dark sense of humor but, along with alcohol, that is all that keeps them from going insane. 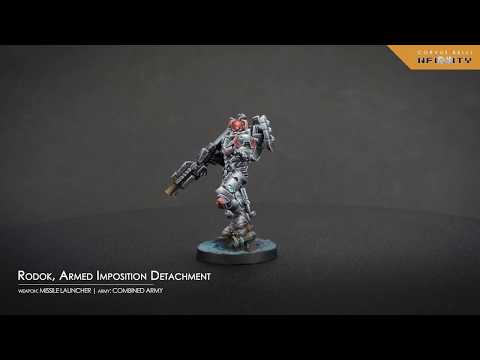 The Rodok Detachment is a prime example of the Morat conception of honor taken to its ultimate consequences. It is one of the most recently founded units in the Morat Aggression Forces, and with less than fifty years of service it lacks the glorious tradition of the more battle-worn regiments. In the Morat military, this is a source of unmitigated shame. To earn themselves a name and go toe-to-toe with the elite regiments, the detachment cannot afford to show any weakness while it climbs the competitive ranking of military prestige. Knowing this, Rodoks give two hundred percent in each mission. Their commitment is so strong that they consider it a personal insult for any other unit to score higher or prove itself stronger than them. With single-minded determination, they are carrying their detachment out of the dishonorable obscurity of the intermediate ranks. They are clawing their way to the top, fighting in every Sotarak for a chance to prove themselves before High Command in positions of responsibility. And every day they collect more and more victories in these ritual combats with their unique fighting style. With each Sotarak won, they become more visible in the critical moments of the battle, and earn more renown for their regiment.

Rodoks have had to acclimatize to their new heightened mobility gear, but they have made a key tactical edge out of it. It is a challenging paradigm shift regarding combat space, but it opened new possibilities and attack vectors that Rodoks have refined into a bona fide combat style, drilling it until it became second nature. Rodoks are a specialist assault unit, a team designed to exert control over the zone of operations via fire and relocation. Their tactical philosophy is predicated on four tenets: “Move constantly. Attack continually. Hit hard. Avoid attrition.” They know they have a disadvantage in a drawn out conflict, which they can’t win by waiting around for their opponents to screw up. They have to be proactive. They have to be more aggressive and strike harder than the enemy. The have to be more Morat than Morat. With their fondness for powerful weapons and for strafing toward their foes for close-quarters carnage, Rodoks can be more Morat than absolutely anyone. 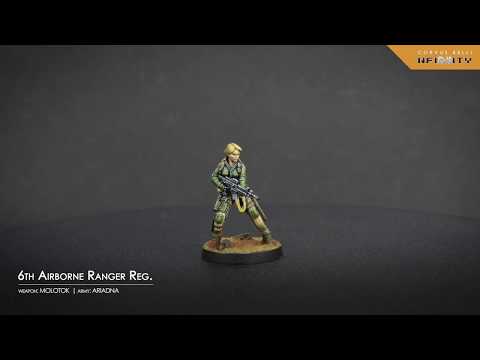 The sixth Airborne Rangers is the USARF airborne light infantry regiment. Of all USAriadnan units, they are closest to the original operating profile of the US Rangers; a light airborne unit capable of rapid deployment and special operations. The task assigned to the Airborne Rangers is always crucial for the success of the operation, and as dangerous as it is crucial, which is why it is said in the USARF that this unit is a hero-producing machine.