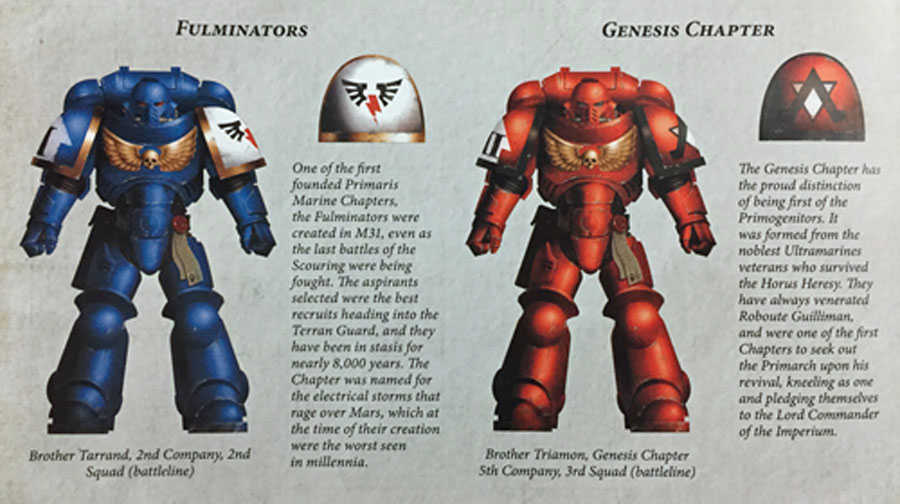 Phil Kelly showed off the mystery Primaris organs and details on some of the new and old chapters who got Primaris support. 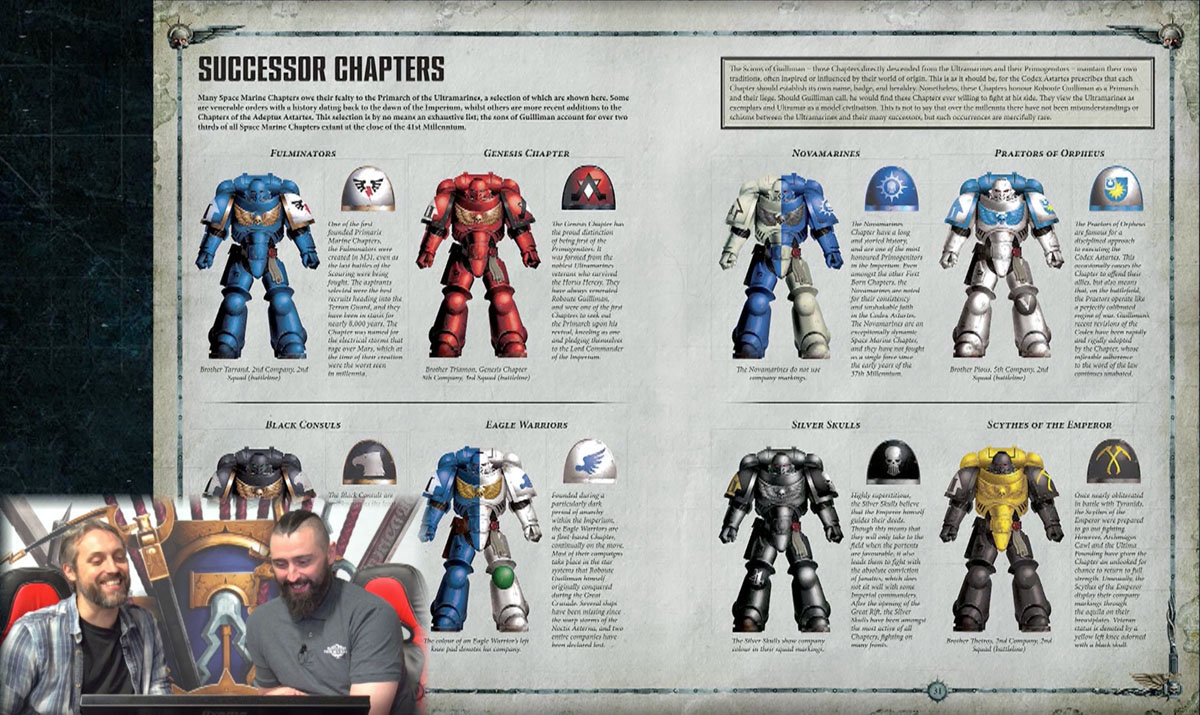 Here’s a spread of 8 chapters both new and old who have gotten some help from Cawl’s new project.

Fulminators: Created during a monster electrical storm on mars, the original Aspirants have been in stasis for 8000 years!

Genesis Chapter: Created from the most noble of the Ultramarines post-heresy. Devotees to the Primarch.

Black Consuls: Hidden behind Phil and Rob… its a mystery.

Eagle Warriors: Fleet based chapter who has lost some companies due to “the rift” across the Imperium.

Novamarines: Fierce adherents to the Codex Astartes – who are every crusading and have not fought as a single force since the 37th millenium.

Praetors of Orpheus: Follow the Codex Astartes to the letter, even if it causes friction with allies. They have quickly embraced Guillimans updates to the codex.

Silver Skulls: Supersitious fanatics who believe the Emperor guides their actions. They read signs and portents before acting.

Scythes of the Emperor: From almost wiped out by Tyranids to “Hey we have a bunch of Primaris Marines – THANKS CAWL! 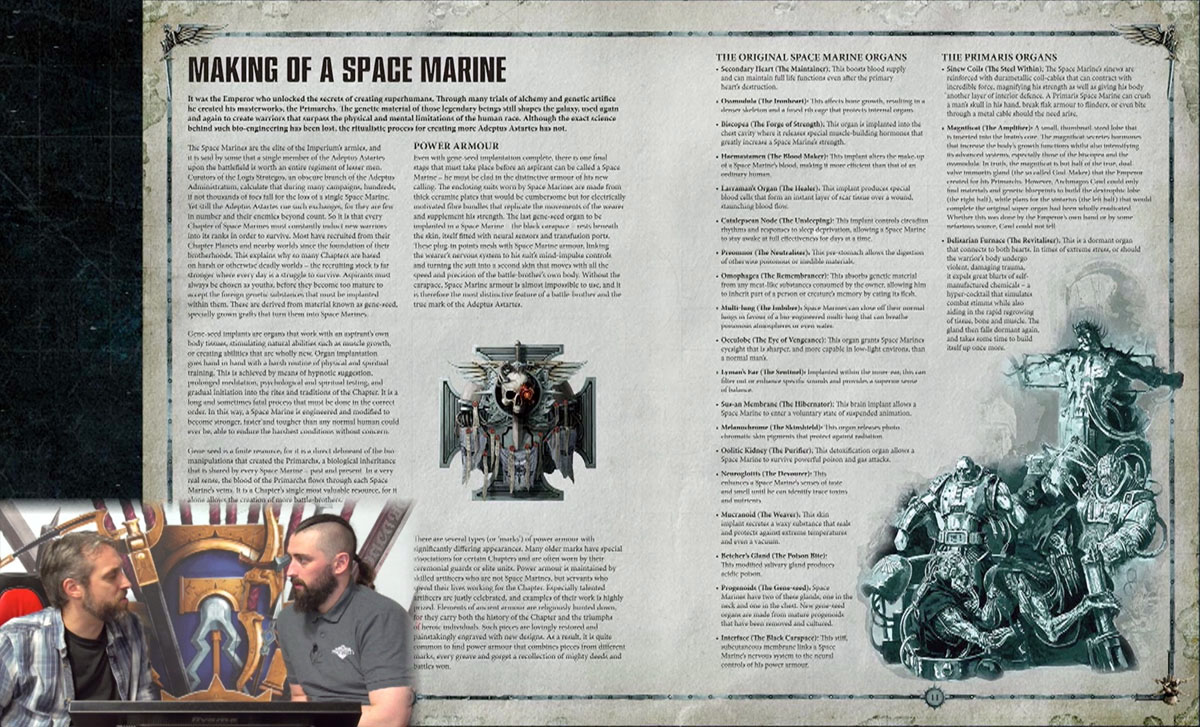 Next we hit the mystery of the three new Primaris Organs:

Magnificat: Half of the Primarch organ that provided extra bone and muscle growth hormones. I wonder what the other half did?

Belisarian Furnace: An internal emergency medical kit.  I guess that’s where the 2nd Wound comes from. 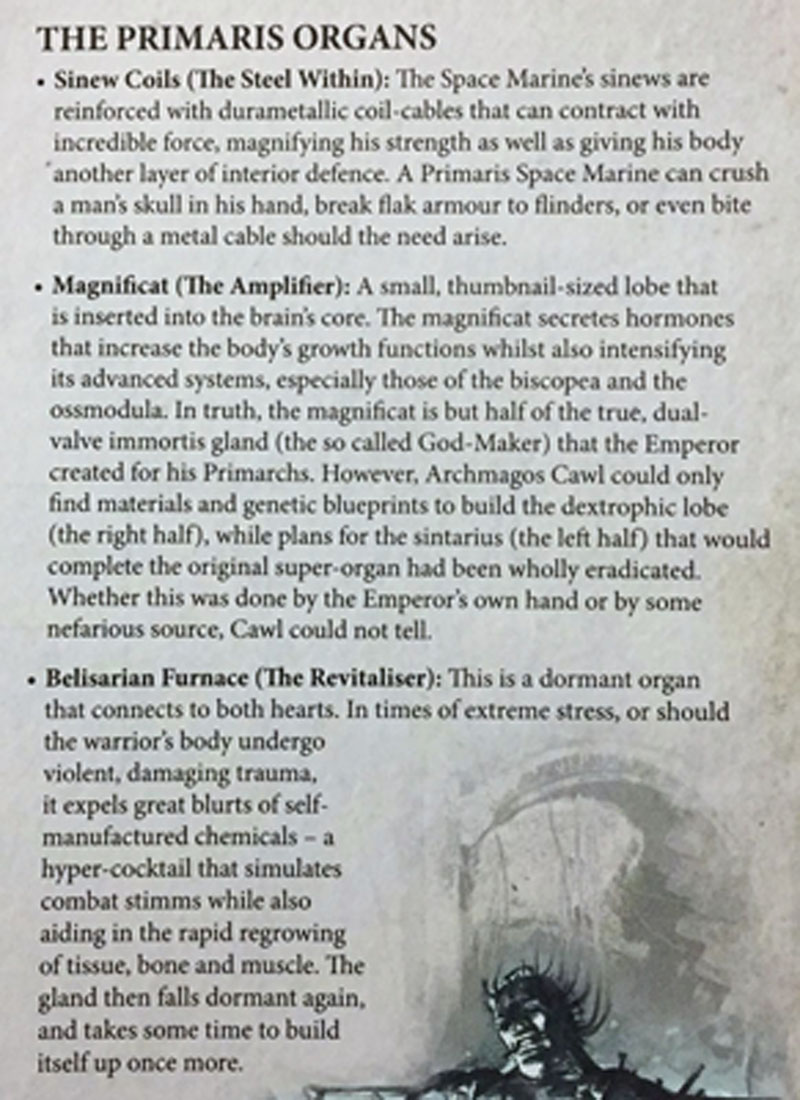