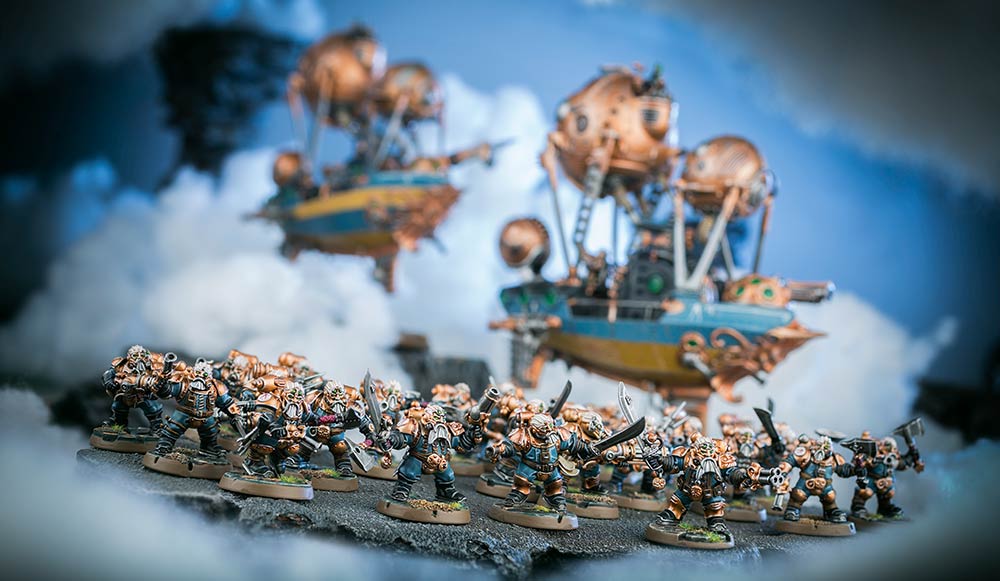 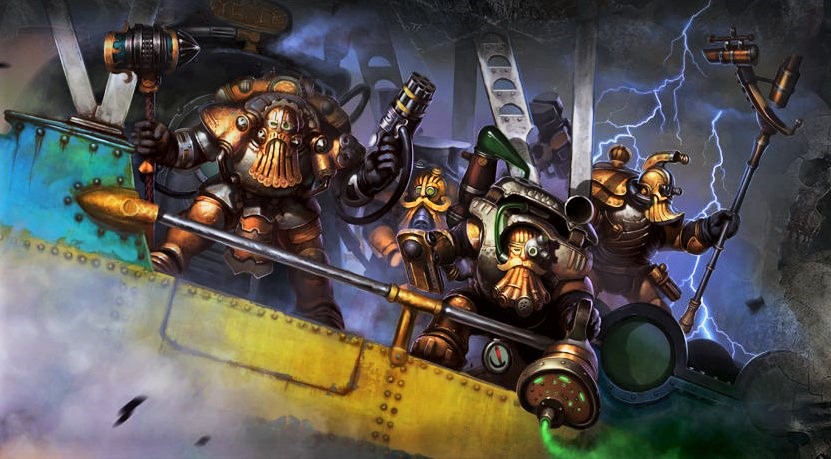 The Kharadron Overlords get a moment in the spotlight–check out these Arkanaut tactics.

They’re still trying to figure out prepositions and where the best place to affix sky- to a phrasal noun or modal auxiliary is, but, in the meantime, they’re also quite skilled at sky-tactics. Here’s a look at the role of the Arkanaut Company’s role in a good Kharadron Overlords army, courtesy of Ben Curry of the Bad Dice podcast, tournaments, and other various place around the internet, including Warhammer Community.

The Arkanaut Company is the sole battleline unit available to a sky-fleet of Kharadron Overlords, which means that in a decent 2,000 point game (matched play, of course) you’ll need to have three of these units minimum. Which, when compared to the other, more exciting vehicles equipped with sky-cannon and other assorted sky-weaponry, seems a bit basic. 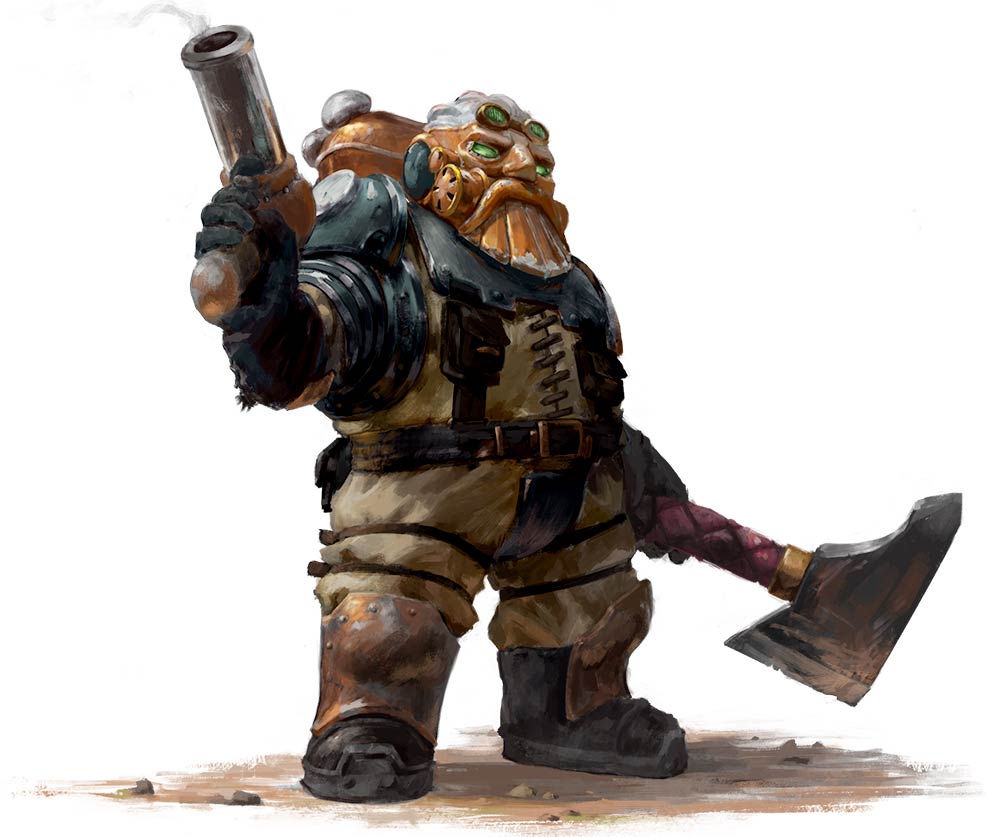 I mean, he doesn’t even have a jetpack.

But, though these Arkanaut troops are straightforward, if you dig down, you’ll find they’re grounded in some solid tactical roles–here’s what Ben Curry has to say.

It might seem a disadvantage to only have a single option for your battleline slots, however, the Arkanaut Company fill that [role] nicely by being flexible enough to be used in a number of situations in a variety of unit sizes.

Skyhooks, Skypikes and Aethermatic Volley Guns really help this unit pack a punch, and when used in combination with their Glory-seekers rule, they become real Monster and Hero hunters.

So it sounds like you’ll want to use your battle line units to go after characters and other scary things, while wheeling around your shooter frigates to try and take on your opponents infantry. This is a somewhat daunting prospect, given the Arkanaut’s stat line, but the weapons they can carry do punch above their weight:

This is good–you really want to watch your weight on an airship.

The Skyhook in all its forms is an interesting weapon. It hits hard and the Skyvessel mounted versions have some bonus rules I will be talking about in a future article, but for now we can look at the Light Skyhook that the Arkanauts carry.

The weapon has a great range (24″) and can pack a punch with Rend -2 and D3 damage. The hit and wound rolls are about average for a battleline unit but it is greatly enhanced when using the Glory-seekers rule to target Monsters and Heros as you get an additional +1 to hit bonus.

Picture a unit of 30 Arkanauts with nine Skyhooks being part of the Iron Sky Squadron for an extra attack each, getting an Aetheric Augmentation from a nearby Khemist and shooting at the unit that you selected as the ‘Settle the Grudges’ Target. This will get a total of 27 shots with the Light Skyhooks, (and 42 Privateer Pistol shots if you can get them in range!) that hit on 3’s vs a Monster or Hero. The Artycle let you reroll 1’s to Hit and Wound. If your want to be really crafty, then you can use the Footnote ‘These Are Just Guidelines’ to change your Artycle after your initial target has been destroyed.

Of course then there’s the Aethermatic Volley Gun, which grants access to one of the best weapons in wargaming, rolling bucketfuls of dice.

Plenty of models in Warhammer Age of Sigmar can ignore Rend so the sheer amount of shots pumped out by these guns will inevitably result in some failed armour saves. At the other end of the scale, there are also lots of units with 6+ or even no Armour save at all. Again the Skyhook is wasted on these units, and this is where the Aethermatic Volley Guns are built to excel, making the most effective use of its firepower.

The Arkanauts firing Aethermatic Volley Guns will still get the Glory-seekers rule, and the guns are very effective at hurting those big targets, but I see these being the optimal weapon for mowing down single wound, lightly armoured infantry in droves.

And with the Skypike, you can make sure that your whole company of Arkanauts engages with the enemy, thanks to the weapon’s 2″ range.

The Skypike is the melee weapon of choice for the Arkanaut who wants to get up close and personal.  2″ Range, 2 Attacks, Rend -1 and D3 damage are the highlights, and similar to the Skyhooks, I can see these being excellent in larger units, such as 30 Arkanauts packed with Skypikes with Aether-Khemist nearby.

All in all, there are a lot of options the Kharadron Overlords have to consider–this article only covers the baseline troops. You can read the whole article over at Warhammer Community, and be sure to stay tuned for more news and tactics.

Now to figure out where they stand on sky-prepositions.