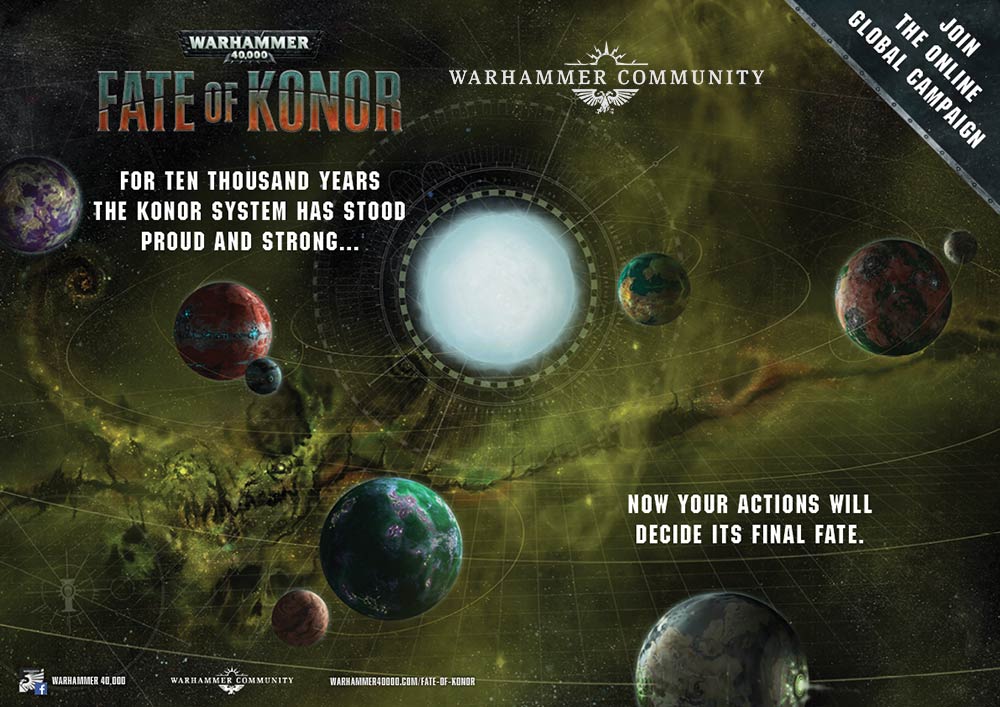 Fate of Konor Week One concludes and Week Two starts – check out the results and the next mission!

Week One ended with a victory for the Imperium. According to GW, the victory was actually a lot closer than it first appeared. Chaos even managed to take over on a few occasions, however briefly. The Imperials no doubt have a boost from the release of Codex: Space Marine and the new units that came with that. But this week, the tides might turn as the Chaos Space Marines are getting their own book for Pre-Order. Plus, with all the hints at things to come, it may be enough to close the gap and take the lead…we shall see! 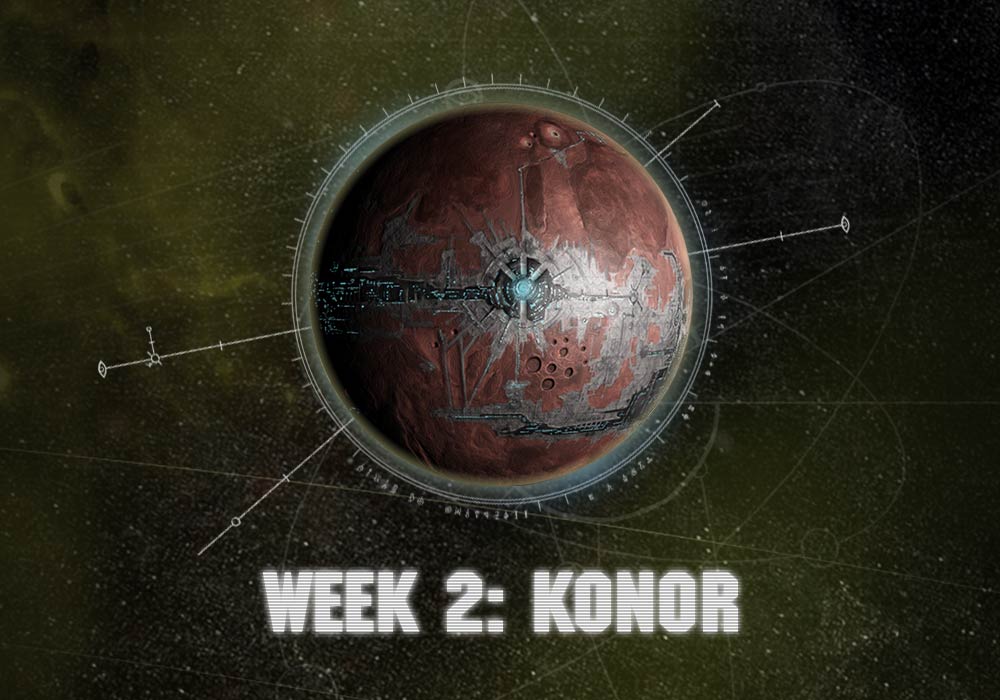 The second planet of the Fate of Konor campaign is Konor itself – primary forge world to the Ultramarines Chapter and key foothold in the wider system. It’s time to prepare your armies for the next mission.

Bolstered by their victory on Astaramis, the Imperials take the fight to the Chaos invaders on Konor. It now falls to the most veteran and well equipped amongst them to drive back the hated foe. The fighting on Konor has been fierce, yet through the valour and determination of those tasked with defending the system’s capital planet, the Imperium’s forces have thus far endured. Elite warriors and armoured walkers now scour the ruined industrial districts for pockets of surviving invaders even as stealth units encircle them and close in for the kill. 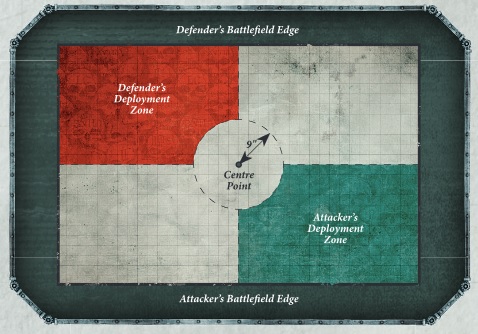 Ruined manufactorum buildings and pipe relays – Konor is a Forge World so lots of Industrial type terrain and blown-out buildings are appropriate.

Players Alternate deployment starting with the Defender. The Attack may place up to half of their units in Reserve (see Narrative Play Mission Rules in the Warhammer 40,000 Rulebook).

Defender rolls a D6, on a 6, they can choose to go first – otherwise the Attack takes the first turn. 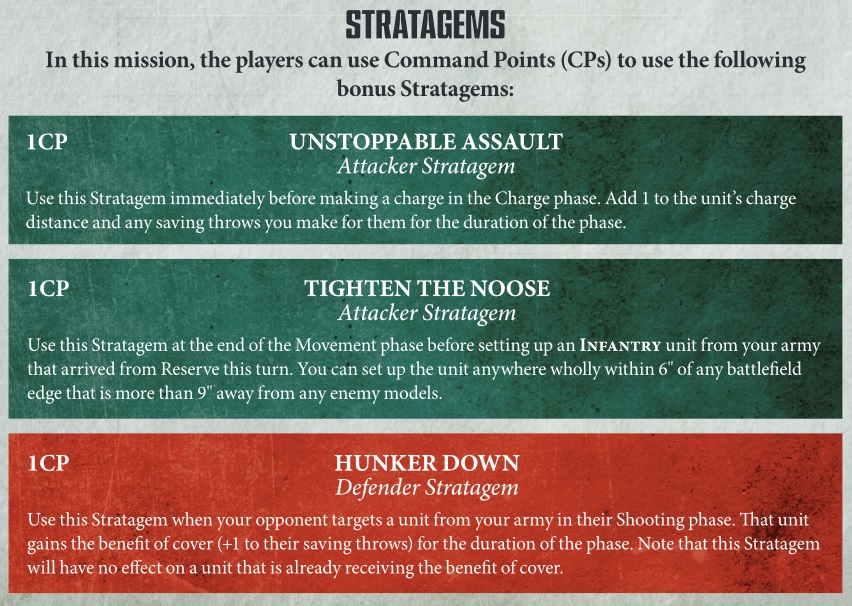 As always, for more info you can visit the Fate of Konor website – we highly recommend poking around on the interactive world map. They also have new Vox Chatter posts available if you want to read up on the narrative around the Fate of Konor Campaign.

Have you been participating in the Fate of Konor Campaign? How have your battles been going and which side are you on?