There’s an errata out for Codex Space Marines. Take a look.

Codex Space Marines has been out in the wild now–and here’s the first patch for it. Working out a few bugs and known issues. They still have to address Guilliman’s pick rate, but I feel like all in all this is a pretty good sign of what to expect. I hope they decide to release some new skins though–I feel like we could use some Beach Party Primaris or maybe like a Lunar New Year Combo Pack for Space Wolves. 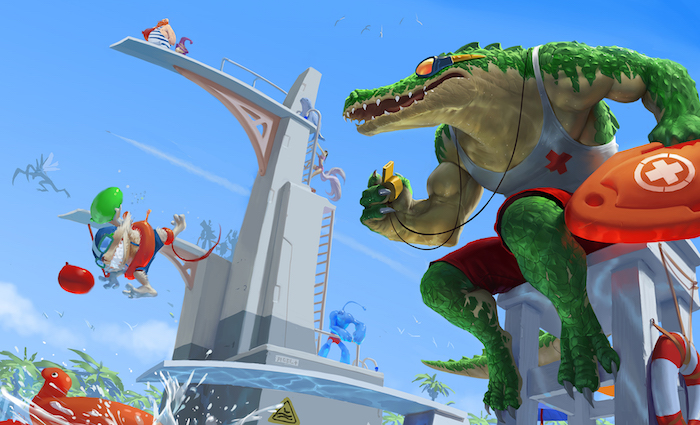 I was originally gonna make a joke about how every game is League of Legends now. But then I stopped and pictured Primaris Beach Marines and that’s kind of all I want in the world now.

Anyway, there’s not that much in the way of errata this time– only 13 items all in all, and these are mostly just minor fixes. Things like, “hey your Space Marine Sergeant can take melta bombs.” Or cleaning up the language on various wargear options (some of which have had their AP values adjusted). Nothing super game changing, unlike other errata releases.

Can’t you just picture him on a surfboard, for instance?

They do clarify that you can only use the Relics of the Chapter Stratagem once per game, though, so you can only trade in your command points for one free relic, which is probably for the best. Now it still might be unclear as to whether or not you’d be able to take something like Relics of the Chapter and Armoury of Titan and combo them together across different detachments, but, I imagine that’ll all get sorted soon enough.

In the meantime, you can find a link to the full writeup of the errata below. So grab it and update your datasheets today.

Or like Halloween themed Dark Eldar. Or maybe just some conversion bits or something, right?