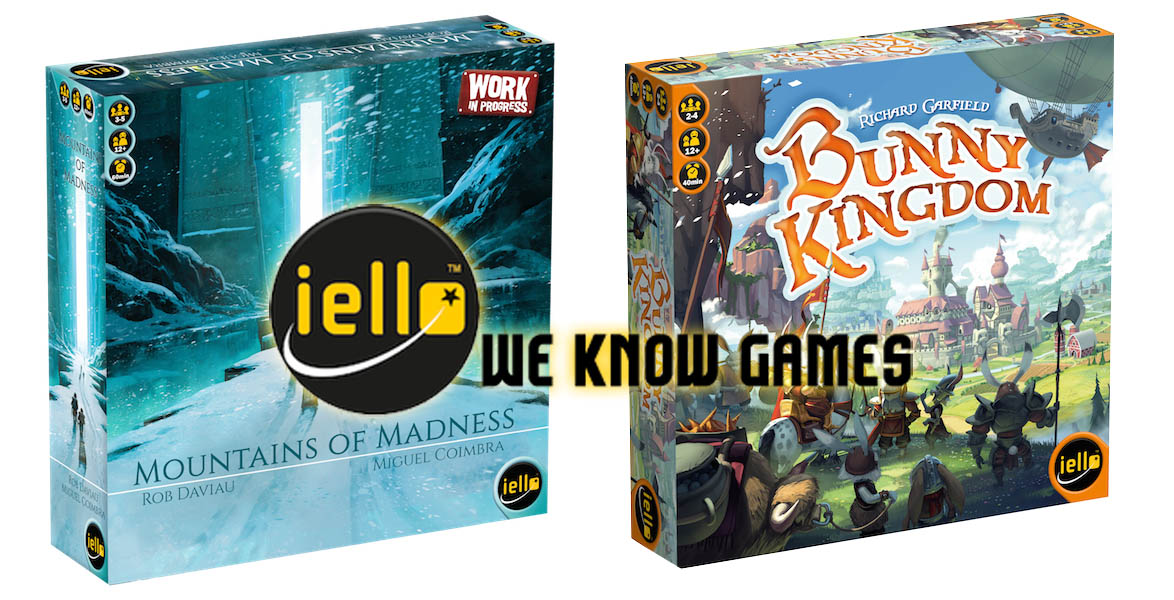 We got to chat with the fine folks at Iello Games and got the low-down on two of their new games coming soon – check it out!

Iello is a big hit around BoLS HQ for all their awesome board games they produce. You might recognize some of their big hits like King of Tokyo or Zombie 15′ – if your FLGS has a board game section, they are bound to have some of their games because they are fantastic. Well, we got the low down on two of their upcoming games: Bunny Kingdom and Mountains of Madness:

Bunny Kingdom is a really interesting take on resource management and worker placement. Basically, you are a Bunny who has been charged by the king to run a fiefdom. You have to manage your workers, raise forces, go on quests and take territory. It’s a surpisingly deep game that happens to involve bunnies! Then again, it was designed by Richard Garfield – he designed a little game called Magic: The Gathering. You might of heard of it.

Anyways, this is one game with a fantastic pedigree and Iello has some great production values with this game. We got to see it in action and we were pretty impressed. This on is on our list to play for our Board Game Bonanza when it comes out! 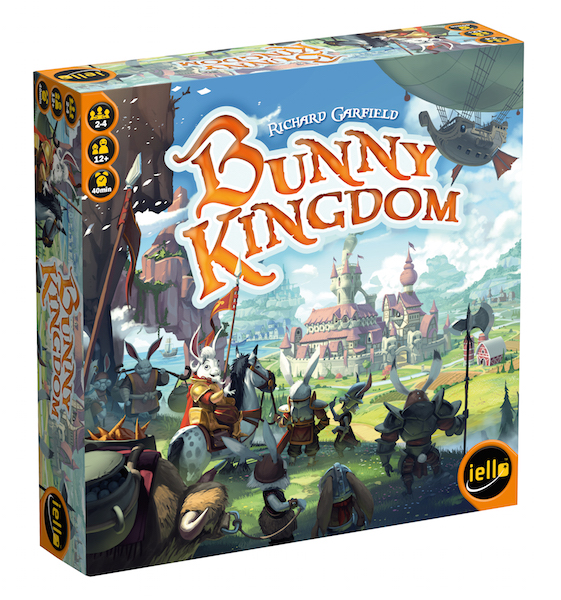 Play as Rabbit Lords conquering a new world on behalf of the Bunny King.

Take control of vast Territories across the New World, build Cities, and farm Resources to make your Fiefs prosper and harvest precious Golden Carrots. Don’t forget to satisfy the King by accomplishing missions on behalf of his Majesty.

Each choice can bring you closer to victory, but only one of you will be named “Big Ears” by the Bunny King…

Will you be worthy?

Mountains of Madness is another game that we were excited about. The basics of this game are that the players are trying to get to the top on a mountain and then escape the mountain via plane. Sounds easy enough, right? The problem is as the players get closer and closer to the peak, their actions get more and more …confusing. This represents the sense of madness and dread that is invading the mind of each of the players but mechanically, this manifests in some fun ways. One of the things that we were told as an example is that players wouldn’t be able to say certain words. When you can’t use basic words like “crate” things start to get pretty entertaining. Can you and your friends survive the mountain or will it claim another bunch of victims? We can’t wait to play it for ourselves to find out! 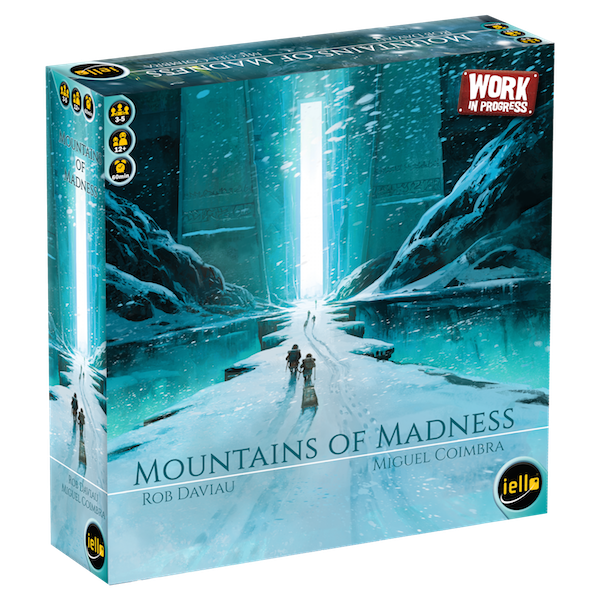 Imagine yourself sitting on a plane. Players have to cooperate to reach the top of the Mountain and then escape safely, but the Mountain has more than one trick up its ghastly sleeve. In horror, you realize that the higher you fly, the crazier your teammates become! Each step you take, the leader must gather the necessary equipment from all other players to keep on flying.

Quick and clear communication is the key – but how will you stick together when your team starts developing weirder and weirder behavior? Play to find out!

Both of these games are scheduled to hit later this year and we’re going to be playing them when they do come out – so keep your eyes peeled for that! And if you haven’t check out Iello’s other fantastic games you need to hop over to their site and poke around – they have a pretty great catalog for all types of gamers.

Which would you play first? Bunny Kingdom or Mountains of Madness?

Author: Adam Harrison
Writer, Editor, Texas Native, and Austinite for 15+ years, Adam covers all things Tabletop Gaming. Which includes Warhammer 40,000, Age of Sigmar, D&D, Board Games and everything else that involves dice, boards, cards and a table. A hobbyist, player, and collector of miniatures and games, Adam's current obsession are his Death Armies for Age of Sigmar, his Blood Angels and Tyranids for 40k, and his ever growing Arkham Horror: The Card Game Collection.
Advertisement
Board Games Gencon Tabletop News Videos
Advertisement

40K RPG: Here's What We Learned About Wrath and Glory