X-Wing Tactics: The Decline of the Triad 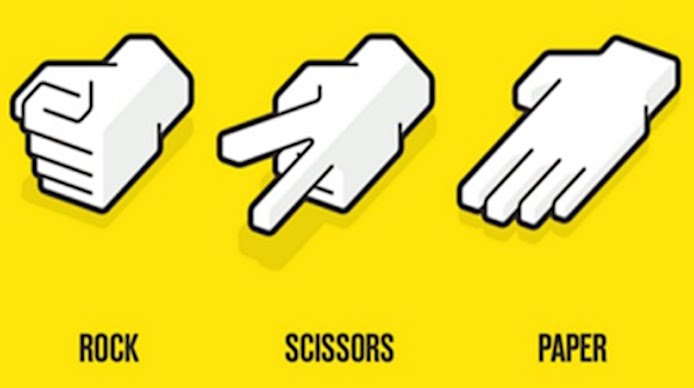 ChahDresh re-examines how we categorize ships– and how those categorizations have mutated over time.

Once upon a time (in a galaxy… never mind), X-wing luminary Paul Heaver wrote an article where he reverse-engineered the structure of the game. The ships of X-Wing, he said, could be functionally divided into three categories: jousters, who rely on straightforward tactics and the power of math for victory; turret ships, that prefer to kite and whose lack of arc allows them to fly purely for position; and arc-dodgers, who use high pilot skill and repositioning to avoid getting shot.

These categories also have a natural rock-paper-scissors:

If this breakdown gives short shrift to support ships, that’s because such ships weren’t such a big part of the game at the time, and if you wanted to you could call the Lambda a jouster or the HWK a turret ship.

The breakdown of ships in this manner was neat and effective, and it still describes much of the X-wing scene. However, it has become less comprehensive as time has passed. The game has evolved in interesting ways, ways that have added roles, or modified them, or blurred the lines between them. At the time the article was written, a ship played a particular role based on its hull form. Nowadays, we’ve added an additional role, we’ve added upgrade cards that blur roles, we’ve added pilots who blur roles, and we have ships that defy categorization altogether.

When the triad structure was described, bombs were an occasionally-useful gimmick. Only a Firespray with the Andrasta title could drop more than one bomb in a game, and even the ones that could drop bombs weren’t very good at it. Overall it was perhaps the least-used upgrade slot in the game.

Extra Munitions and multi-bomb-slot ships changed all of that, not to mention Her Explosiveness, Queen Sabine. Now bombs were points-efficient enough, damaging enough, and deliverable enough to serve as a ship’s preferred source of offense. A K-Wing might fly past its foes like an arc-dodger and it might have a turret primary weapon, but when bombs are its teeth, it flies completely unlike either of those archetypes. And all factions have a heavy bomber now—in fact, FFG felt compelled to release a heavy bomber for Scum for the sake of parity, even though that quietly gave them more ships with bomb slots than either of the other factions. 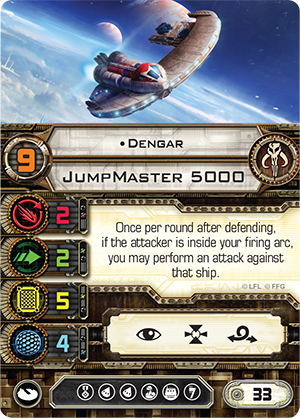 PILOTS THAT CHANGE THE SHIP’S ROLE

The YT-1300 has been the epitome of the turret ship since Wave 2. Fat Han and similar builds have been kiting opponents and grinding them to dust for years. But there’s a new kid in town, one who prefers a more direct approach: Rey.

Her pilot ability means she wants to play jouster. Look at the most common upgrades for her: while Fat Han is using defensive crew and Engine Upgrade, Rey wants Finn for extra in-arc goodness and Kanan Jarrus to let her S-loop. For her, the turret is hardly the core of her utility; it’s barely a backup plan. She wants to go face-up on her enemy and blow them away.

Dengar is much the same. As a thought experiment, compare Tel Travura to Dengar. Even if you equip them identically, Tel is going to fly very, very differently from Dengar; and you’re unlikely to equip them identically. Historically speaking, ships that are basically jousters at low PS become more arc-dodgy with their high PS aces; Dengar accomplishes the reverse, taking a ship that gets mileage out of its turret and making it more of a jouster to maximize his (nasty nasty!) pilot ability.

The Lancer is another case of this. The two most popular pilots are Assajj and Ketsu. While a mobile firing arc is not a turret, Assajj flies typically as if she’s a turret ship, orbiting her foe, kiting, and using her speed and out-of-arc shooting to wear her enemies down. Ketsu players, on the other hand, have realized that the best way to force Ketsu’s potent pilot ability to proc is to keep their mobile firing arcs pointed forward and drive directly at the enemy. In other words… to joust!

The Imperials were super-excited to get their first turret-equipped ship. Note, however, little ol’ Double Edge over there. If you play him like a traditional turret ship, his pilot ability will never proc, since only the turret can shoot out of arc. In other words, this guy takes the turret slot and says, “Thanks, I’ve always wanted to joust with a turret!”

When Scum first came out, they had a limited selection of ships. One way FFG compensated for this was to use upgrade cards to maximize what the ships could do. The Andrasta title encouraged using the Firespray as a bomber. More significantly, Bomb Loadout and BTL-A4 allowed the Y-Wing to assume different roles in the scum fleet. While most “warthog” builds didn’t catch on, it’s found an enduring home with the Rebels thanks to the “Stresshog” build. 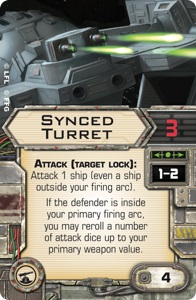 In the same spirit as Dengar and Rey, check out this new toy from Wave 11:

FFG has said that the game is healthier when arcs matter more. Lo and behold, we have a turret that is best used with an enemy in your sights. That demands a different sort of flying than the traditional turret ship—but the extra firepower sure is tempting. 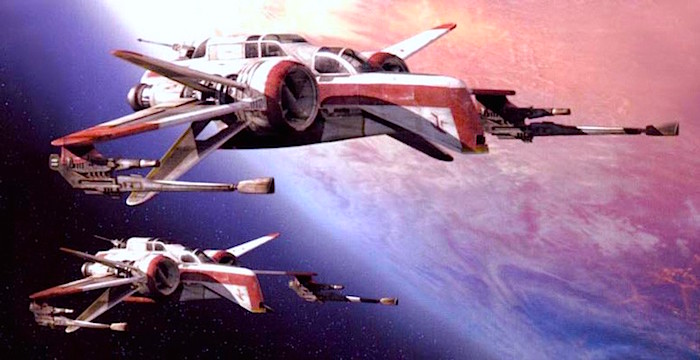 A TIE Interceptor is an arc dodger—there’s really no way around this fact. And it can only really function as an arc dodger: it simply doesn’t have the durability (especially for its price!) to do anything else. This is a bit of an extreme example, but in X-Wing’s early days such rigid categorizations were the norm.

Compare that to the Protectorate Starfighter: the Protectorate only has one more point of hull, but has the same boost-and-barrel roll combo on its action bar, and the green two-turn that’s made Push the Limit so notorious popular. So the Protectorate is Scum’s TIE Interceptor, right? Its fragile arc-dodger?

Not really: the Protectorate thrives when flown as a high-stakes jouster that can also, as a bonus, dodge arcs with the best of them.

The ARC-170 is a jousting ship, but after the initial clash Norra doesn’t like to turn around; she much prefers to extend the range while spitting fire out of her back arc—a turret ship’s strategy.

How the heck do you classify a ship whose main source of damage is throwing people on to rocks?

The Ghost is a fearsome jouster with a four-dice primary—except when you dock the Phantom and turn it into a double-tapping turret ship… until the Phantom undocks and it reverts to being a jouster.

And then, of course, there’s the K-Wing and its first cousin the Scurrg. Look at this Miranda I faced the other day:

It is literally all the things: TLT for kiting and grinding, ordnance for jousting, SLAMing for a little arc-dodging action at PS8, and bombs for the finishing touch. It fits any classification you care to put it in, but it’s more than any of them. The role of the K-Wing, the Scurrg, and the Jumpmaster are defined not by their hulls, but by their loadouts. 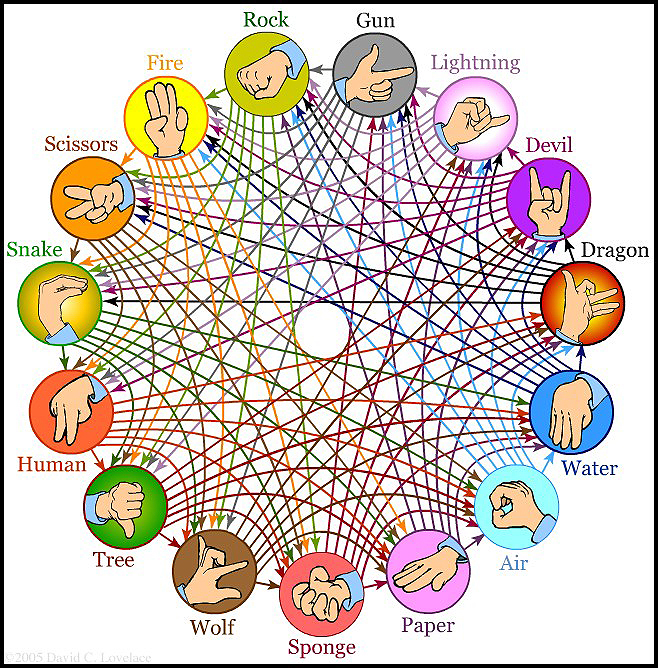 You’ll notice that the trend is concentrated in Wave 8 and beyond. This feels conscious. Sure, there are some more traditional ships in these waves, in the sense that they have clearly-defined and immutable roles (the Auzituck, for example). It is also the case, however, that FFG appears to making a deliberate drive in this direction. It certainly keeps things interesting.

~Where do you think X-wing is headed?