Astra Militarum are the next Codex we’re getting–take a look at what to expect.

Guard players rejoice, your codex is inbound. Get ready to bring the thunder, pain, noise and/or funk.

Codex: Astra Militarum is the next codex in line for Warhammer 40,000, and it’s just as packed with new content as its predecessors. 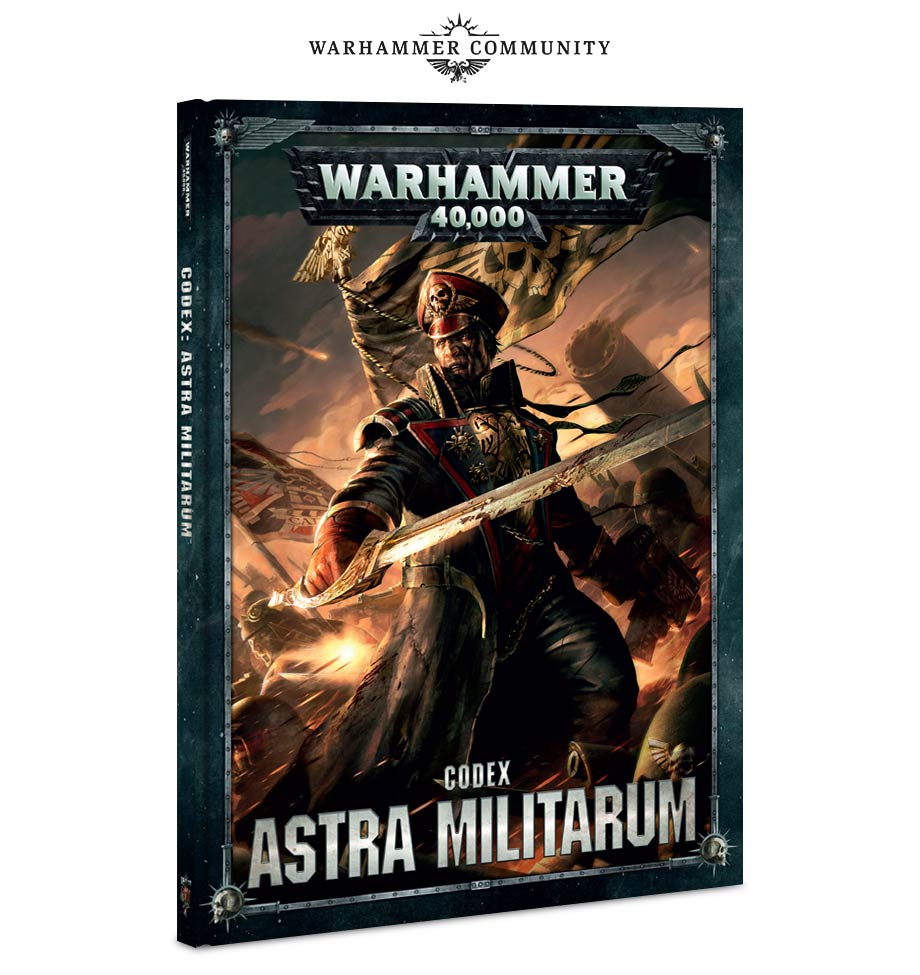 We’ve seen rules for Space Marine Chapters, Traitor Legions, forge worlds, and now there are rules for 8 regiments of the Astra Militarum. Which regiments, you ask? Cadia and Catachan will, of course, be included, as well as new rules for Armageddon, Tallarn, Valhalla, Vostroya, Mordian and the Militarum Tempestus. Each one of these factions will be getting its own regimental doctrine, order, stratagem, relic, and warlord trait – the codex is absolutely brimming with content, aimed at letting you customise your army to suit your style of play. 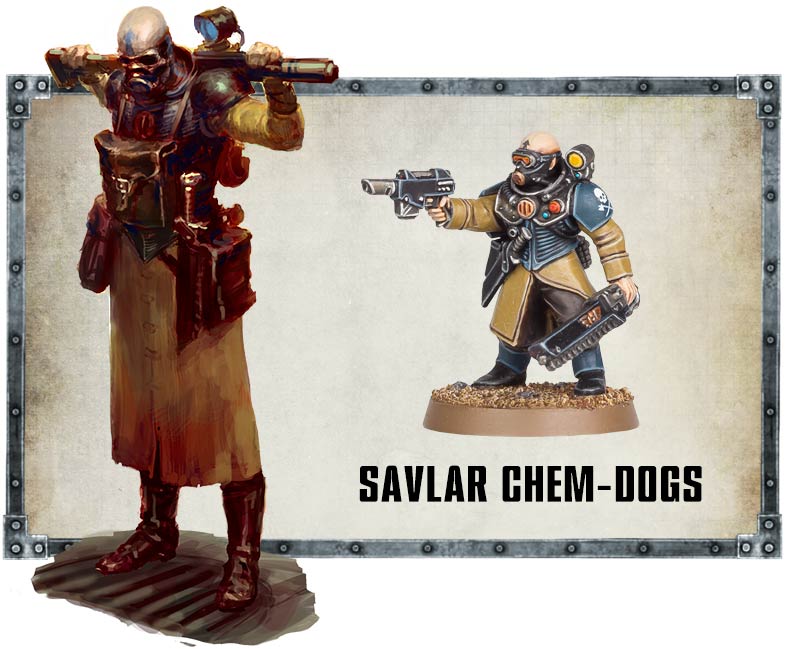 Similarly, the codex is set to diversify Astra Militarum lists with tweaks to rules and points aimed at putting each unit on an even footing. Conscripts, for example, have been changed to better reflect their inferior discipline compared to professional soldiers. It’s not just about rules, either – the new codex contains loads of new background and art, including a look at some of the more unusual regiments of the 41st Millennium and advice on how you might want to convert them. 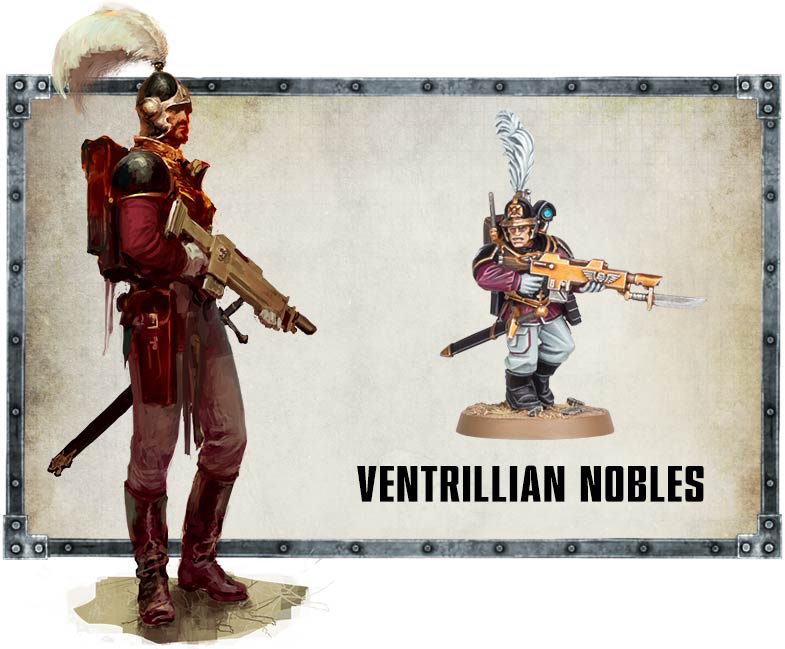 Then, of course, there’s the new Moon Base: 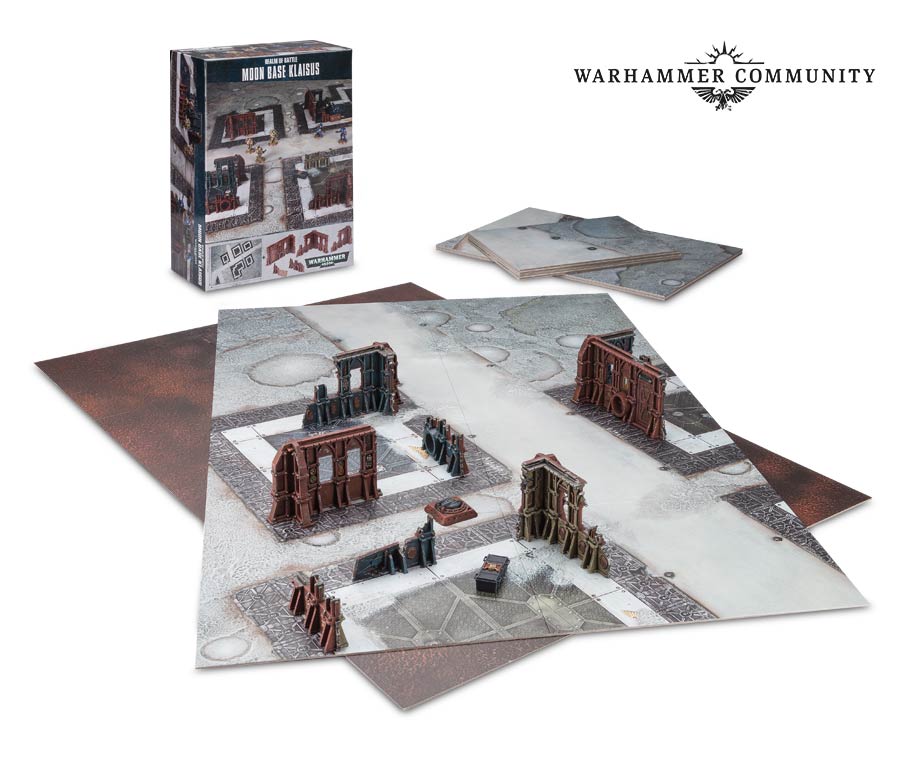 The new Moon Base Klaisus set gives you everything you’ll need to get gaming in minutes on a great looking 6’x4′ board. Made up of modular card tiles – designed to be interchangeable to vary your battlefields – and featuring push-fit ruins, Moon Base Klaisus is great for gamers looking for an easy way to make sure they’ve got a cool-looking place to play, wherever they are. The ruins themselves are designed to fit in with both the Sector Mechanicus and Sector Imperialis terrain, meaning if you do decide to build a more bespoke gaming board you’ll be off to a head start.

But wait, there’s more–Death Guard are still rumbling in with all their inexorable, disgusting might. Feast your eyes: 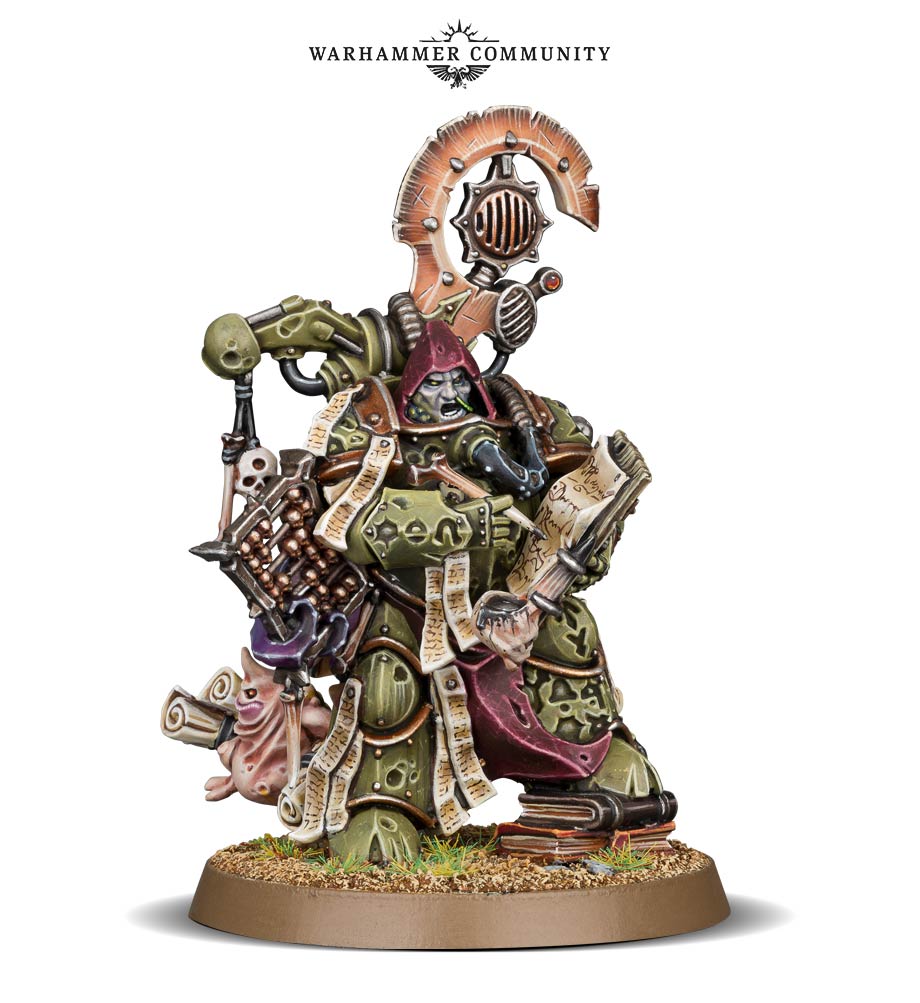 Don’t worry, enemies of the Imperium, we haven’t forgotten about you – next week will also see four new models for the Death Guard! As well as Scribbus Wretch the Tallyman and Nauseus Rotbone the Plague Surgeon, you’ll be able to get your hands on the devastating Plaguecburst Crawler tank and the multi-part Foetid Bloat-drone kit. 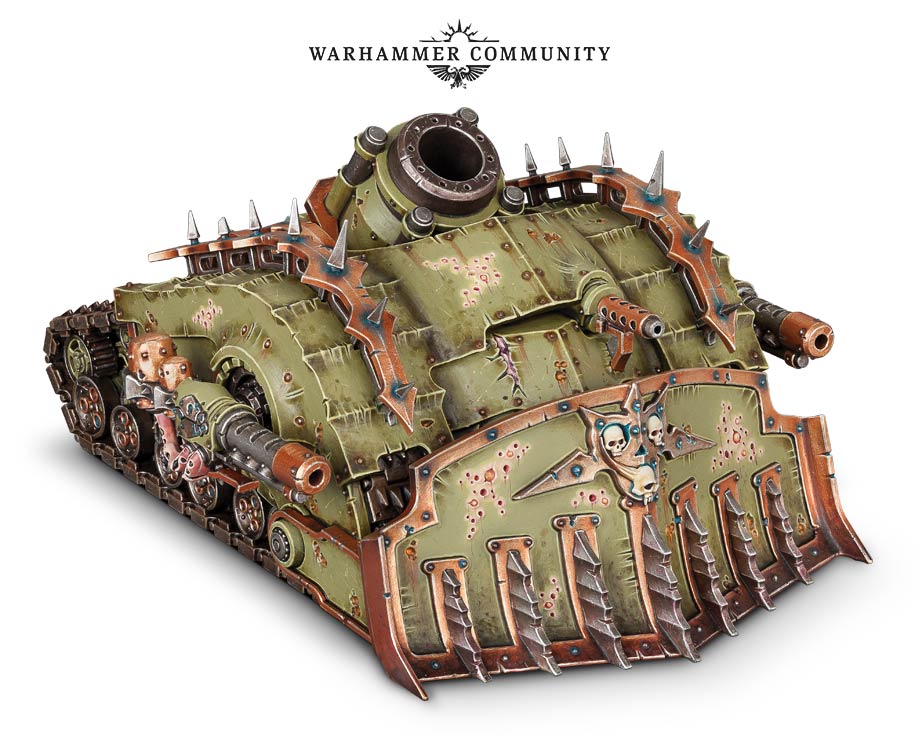 As well as the plaguesprayers equipped by the Bloat-drone in Dark Imperium, the full kit contains some new weapons options – our favourite is the grisly flesh mower, which looks… well, exactly as you’d expect: 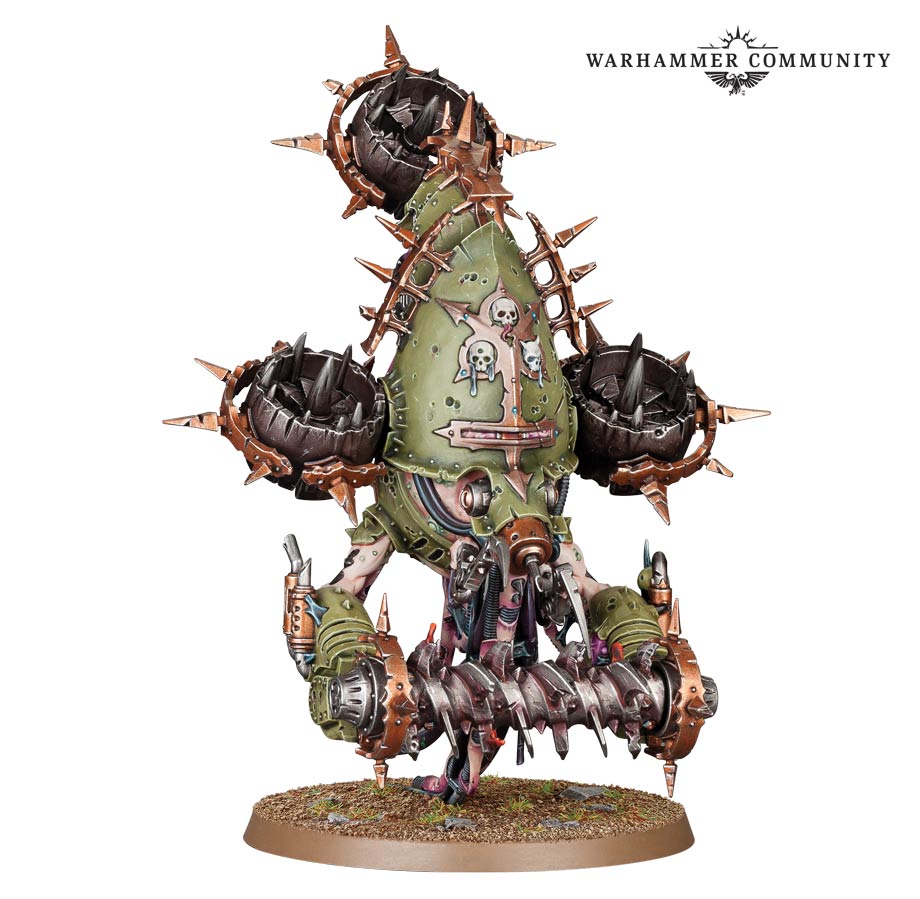 Make sure to come back next week, whether you’re looking for the new codex, the battlefield in a box or some new units for your Death Guard, to pre-order.

Check out the full preview here, and stay tuned for more news!