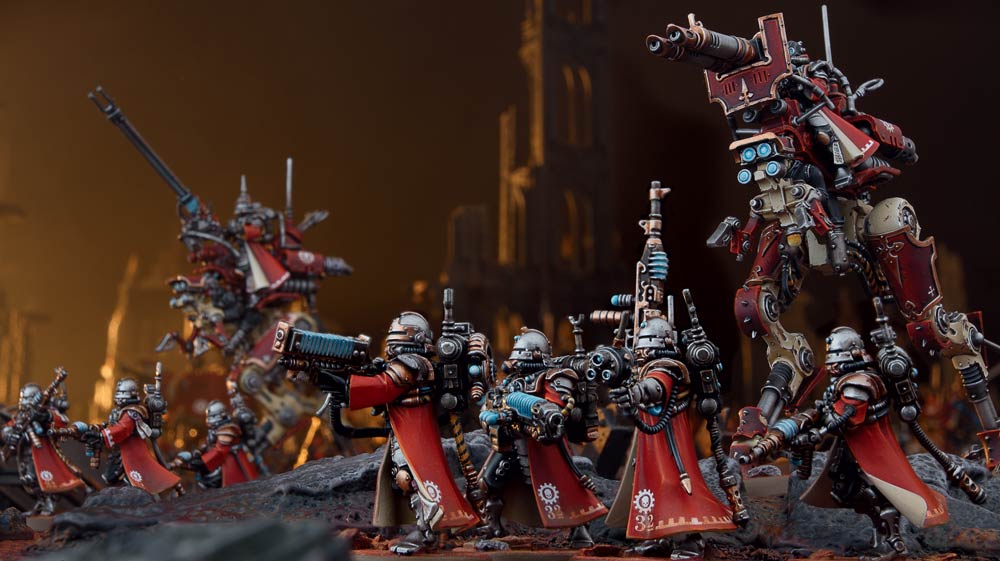 The Forge World of Graia is home to the most tenacious tech-priests in the Mechanicum. Check out their rules.

Tech Priests are known for being a, shall we say, resolute bunch of thick-headed, circuit-brained logicians who would sooner tell you to march headlong into the jaws of a tyranid as they would take leave on a paradise world, all because it fit some twisted calculation in their (probably malfunctioning) cerebral matrix. And on the Forge World of Graia, they are known for being even more stubborn and tenacious than your average member of the Mechanicum.

So with that in mind, let’s take a look at the unyielding forces of this particular branch of the Adeptus Mechanicus.

As we mentioned above, the Graians are a stubborn lot.

Graia is the most tenacious of the forge worlds, and every Tech-Priest and soldier of the planet is hard-wired to think only in terms of ruthless, uncompromising logic. Even Psykers find that their magics cannot find purchase on the sheer wall of absolute rationality projected by the Graian forces.

And this is reflected in their forge world dogma: 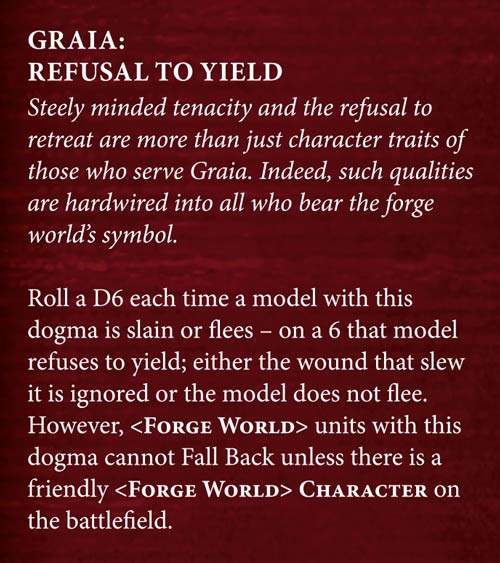 This, combined with the typical Ad-Mech forces’ native 6+ invulnerable save means that Plan Roll All Sixes is extra imperative to these troopers. This does add a surprising amount of resilience to the models though–its not just troops that benefit from this. Those Ironstriders and Dunecrawlers can stick around long after they should be scrap. This is especially irksome for opponents who deal multi-damage wounds that would otherwise slay a multi-wound model. Did you get lucky with that lascannon shot and deal 6 damage with one wound? Well, if that Ironstrider also gets lucky, that 6 damage is ignored altogether.

And that’s before we dig into the models that are meant to synergize with this dogma. Let’s take a look: 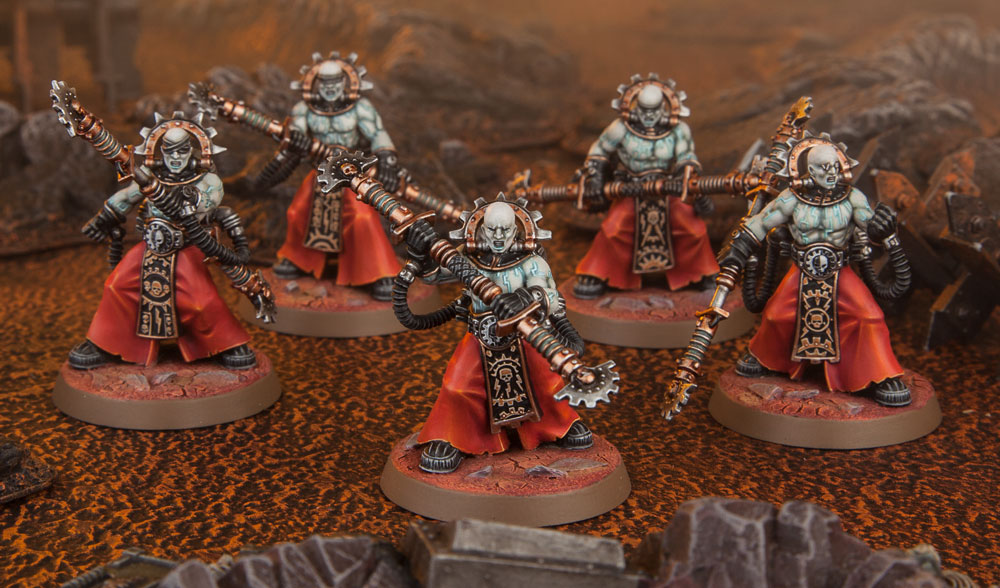 Fulgurite Electro-Priests are already a superb unit, capable of dealing huge damage in assault and growing in power thanks to Siphoned Vigour bringing them up to a 3+ Invulnerable Save. With the Graia dogma, a group of Fulgurite Electro-Priests get this save, followed by a second pseudo-saving throw from Fanatical Devotion, followed by their final Refusal To Yield roll. In practice, this means you’ll be saving 83% of wounds from normal sources and 50% of mortal wounds. 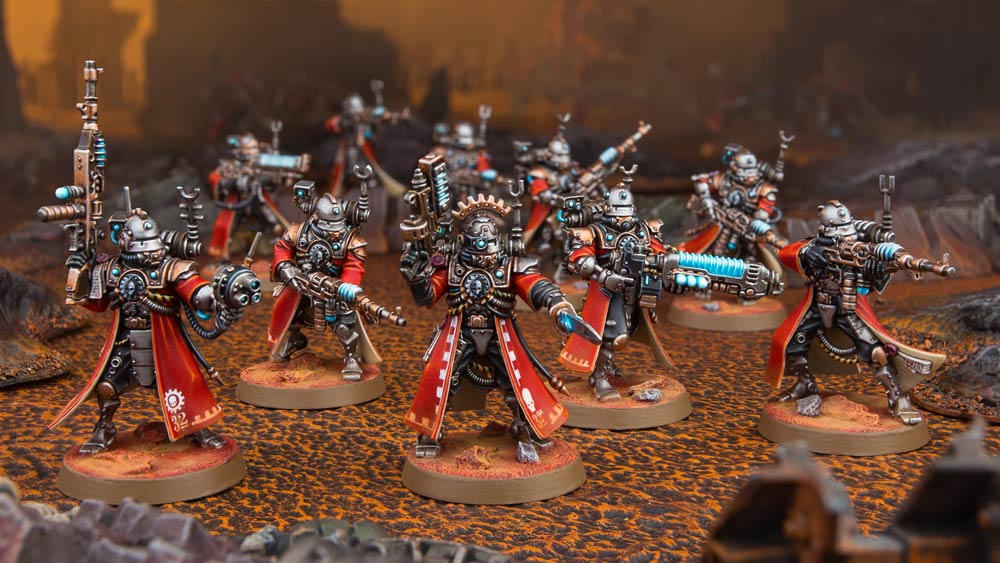 Skitarii Vanguard also work superbly in  Graia army; as we’ve stated above, they’ll be ignoring at least a third of any incoming wounds, while Graia’s unique Warlord Trait means you’ll be able to use these guys as a fairly potent assault unit. Usually, Vanguard must choose between firing with their weapons or weakening enemies with rad-saturation, but with Emotionless Clarity allowing them to shoot into combat, you won’t have to! 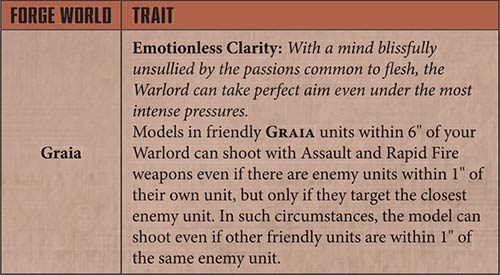 Of course this means you’ll have to get your Warlord up near the combat alongside the Vanguard, which has its own problems, as the warlord options for the Ad-Mech are both limited and fragile. But, there are plenty of ways to try and beef them up a little.

In the meantime, check back tomorrow when we see what a Master of Puppets Belisarius Cawl has been to the Mechanicum, as the Forge World Focus turns to Metallica.

I know it’s a different metalica. I don’t care. Sad But True. 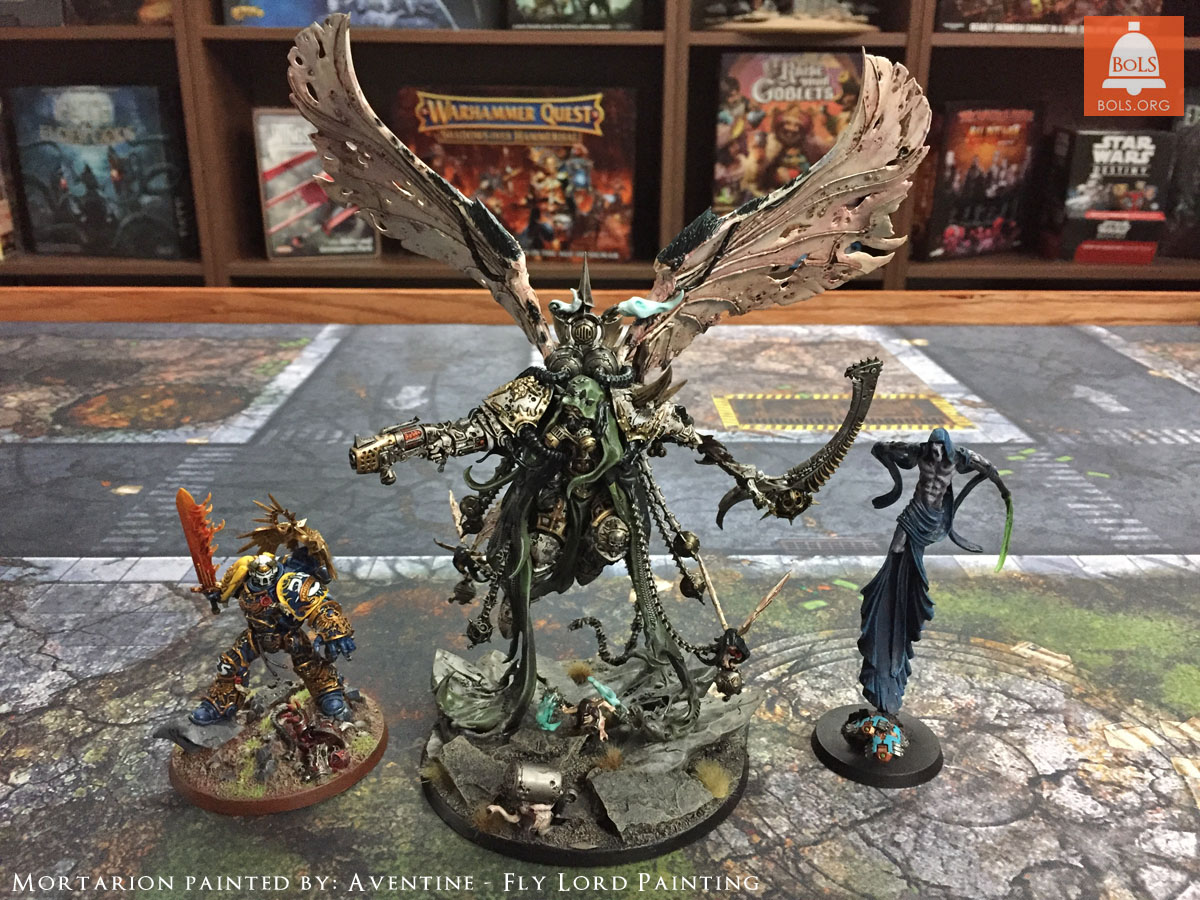