40K: Relics of the Adeptus Mechanicus 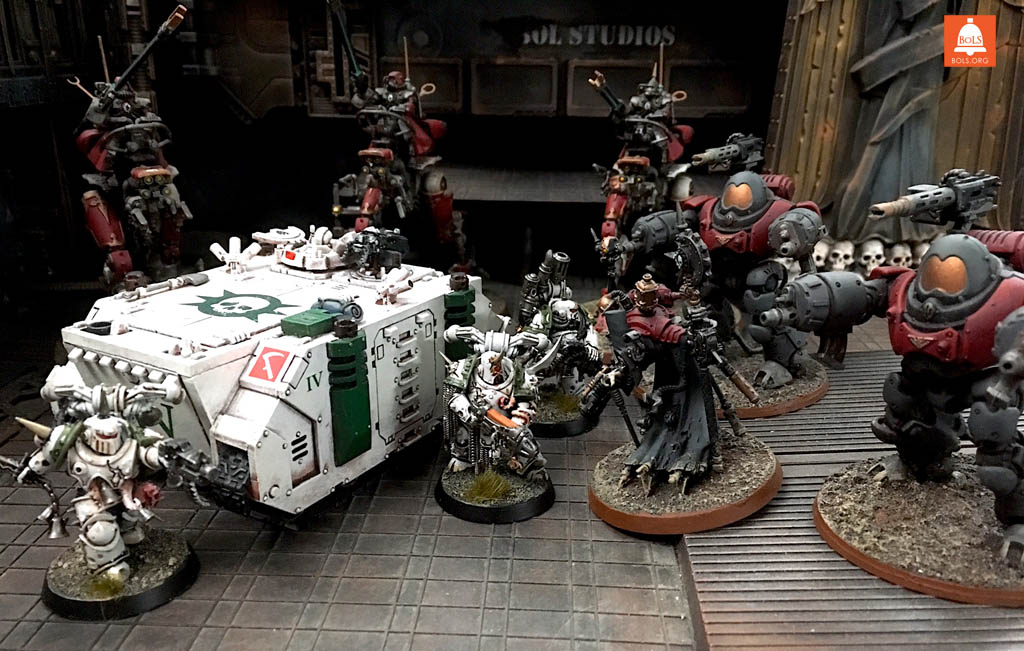 The Adeptus Mechanicus wield powerful relics to smite those heretical foes who don’t revere in the Omnissiah.

Ah the Adeptus Mechanicus. At the forefront of Imperial Innovation and Technology. They understand that advancement depends on new technology, like the Primaris Marines. Which is why the most adept Adeptus are outfitted with powerful relics that…were manufactured centuries ago and no one knows how to make them anymore. Oh. And one of them is the actual literal skull of Nikola Tesla.

Heretofore I’d have made a joke about how that would be one of the relics that the Ad-Mech would hold. But they’ve gone and done it for real. You blew it up, you maniacs! 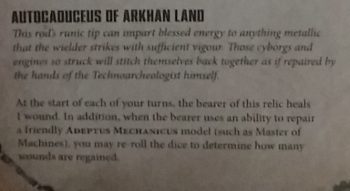 The Adeptus Mechanicus are surprisingly durable. They are adept, hah, at recovering lost wounds, and with a wide variety of multi-wound models, it’s fairly easy to keep them on the table well past the point they should be. Doubly so with this autocaduceus, which not only grants you the ability to reroll those repair rolls, but a 1 wound regeneration to help ward off the odd Smite or whatever that might target your Dominus.

Turn your Dominus or Enginseer (but probably Dominus) into a Chapter Master (sort of) for one fight phase. The Ad-Mech have a lot of ways of boosting accuracy, and a lot of reasons you’d want one of your characters to get up near the fighting–they specialize in close-range support. And this is a good way to support a unit of Ruststalkers or better still, enhance the thunderous charge of a unit of Dragoons. 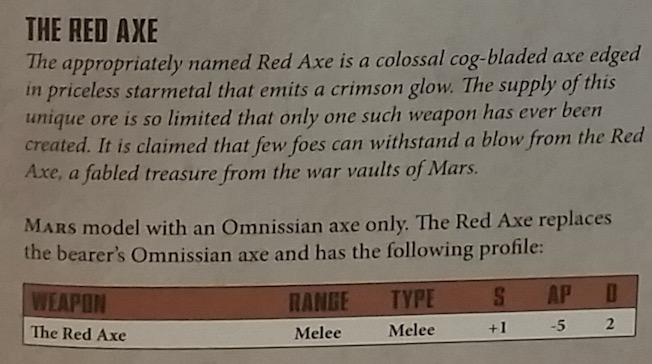 Look, this one doesn’t necessarily make a lot of sense right now, because having an AP of -5 vs -4 just means that whatever you’re attacking will definitely use its invulnerable save, or just take 2 damage. But AP -5 feels really good–and they’ll definitely carve up some Terminators if you want. 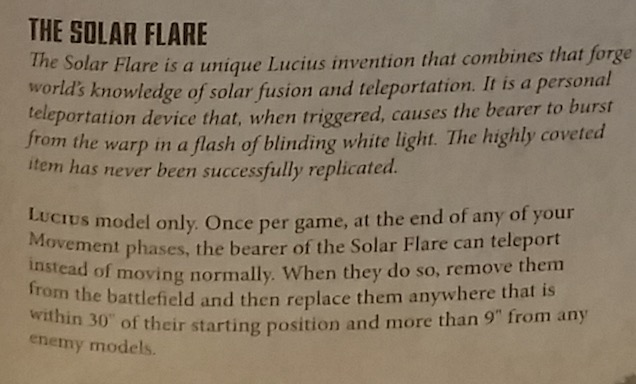 A once per game battlefield redeploy at the end of any movement phase is hard to argue with. Seize an objective, make sure your support auras/abilities are where they need to be, boost a flank, lure enemies into a trap–you can do so much with this ability.

The Skull of Elder Nikola 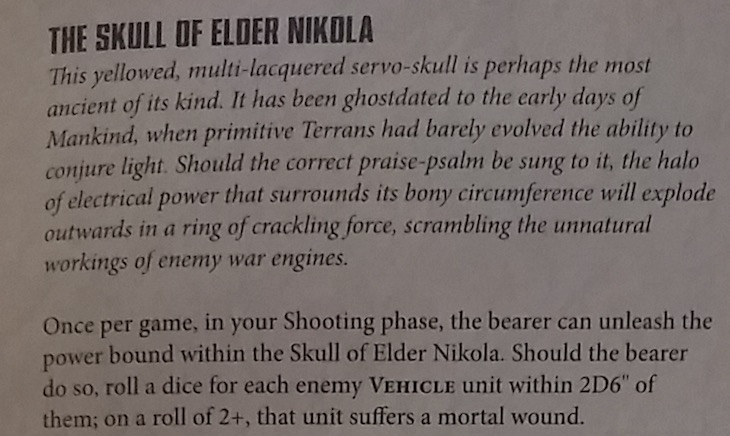 You thought I was joking when I said the literal skull of Nikola Tesla. But nope. That’s what this is. And it’s really good. Tesla hates vehicles, apparently–and with good reason. This is a great way to toss out another wound to a lot of different vehicles. Did your opponent take a bunch separate 1-vehicle units? Well, this’ll learn ’em. The correct praise-psalm is probably something like, “I hear Edison got another patent today…”

Anyway, that’s a quick rundown of the relics of the Adeptus Mechanicus. They have 15 all in all, and when comboed with the Warlord traits , really let you make a custom character to throw down with. Takes the sting of having only 1 named character out just a little bit–putting together an Ad-Mech list is like figuring out which interlocking parts you want to fit together this particular time.

Makes you wonder what the skull of Marconi would be like.

Author: J.R. Zambrano
Bell of Lost Souls Staff Writer and DM, J.R. covers RPGs of all stripes and on occasion eats sandwiches. You can ask him about either at [email protected]
Advertisement
Adeptus Mechanicus Games Workshop Rules Warhammer 40k
Advertisement 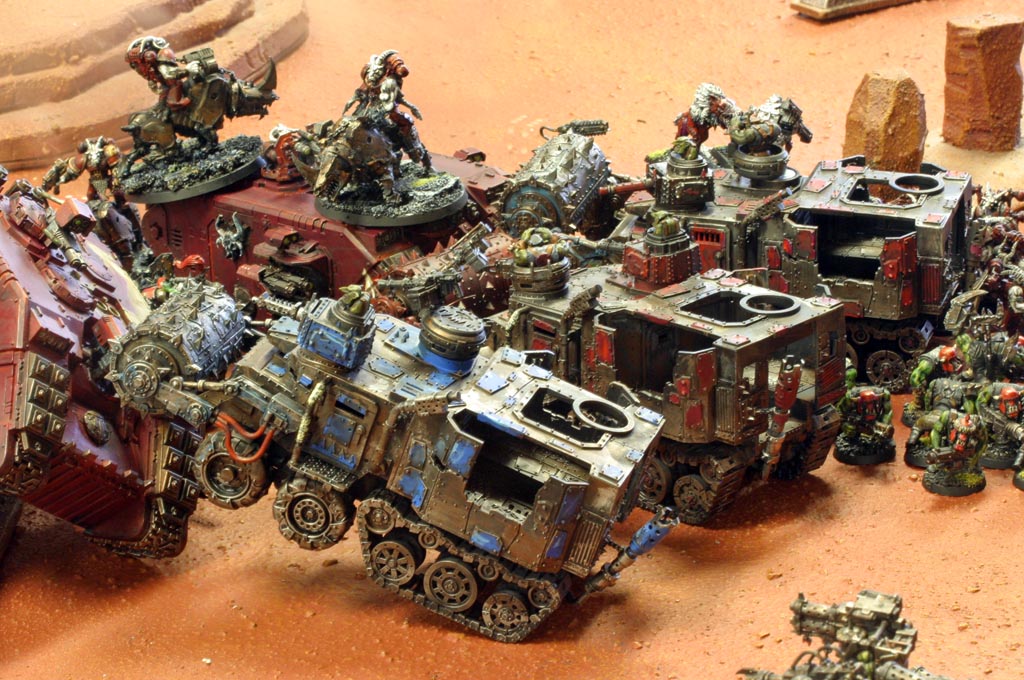