The Death Guard have at ton of new lore in their Codex. We’ve got our hands on a copy and are talking about our 5 favorite battles in the book!

Codex: Death Guard has a ton of new lore in the book – background and history that stretches all the way from the Horus Heresy to the present day (well, present in the 40k timeline). We’ve been feverishly devouring all the lore goodies we can and are excited to talk about our favorite battles in the book. These are all battles that are referenced in the actual book, which we have a copy of: 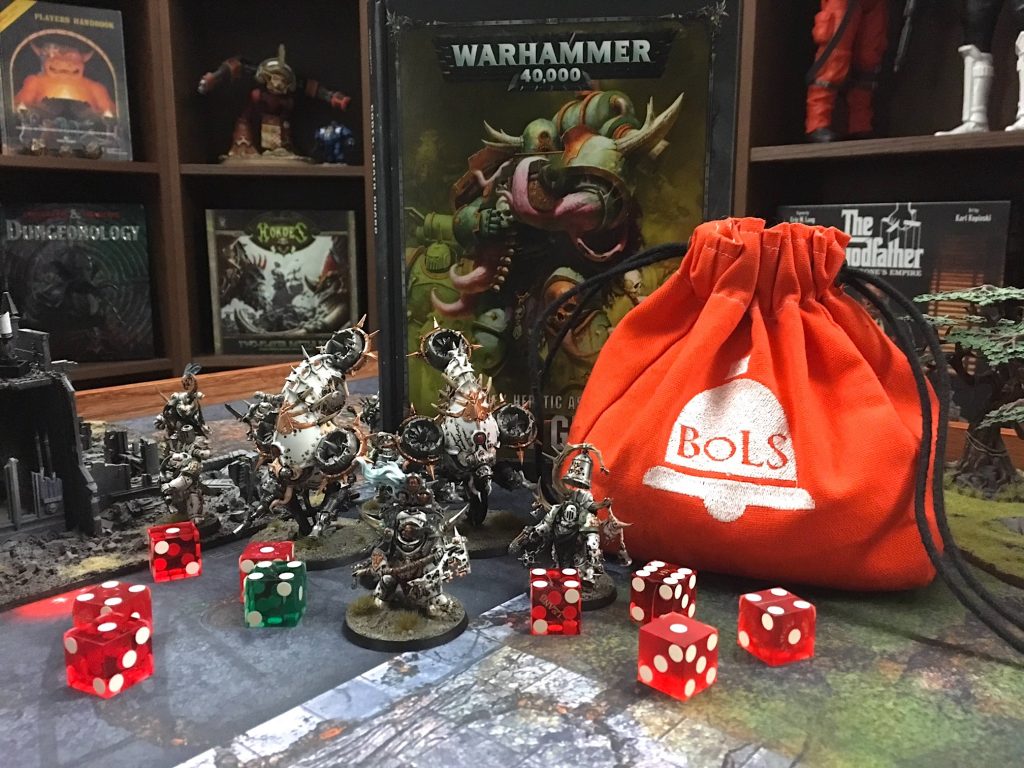 We’re going to be bringing you more coverage all next week, with Live Games on our Twitch Channel as well as articles talking about the awesomeness that is the Death Guard. I hope you’re all ready for Death Guard week! So with that said, let’s talk about those Death Guard Battles! 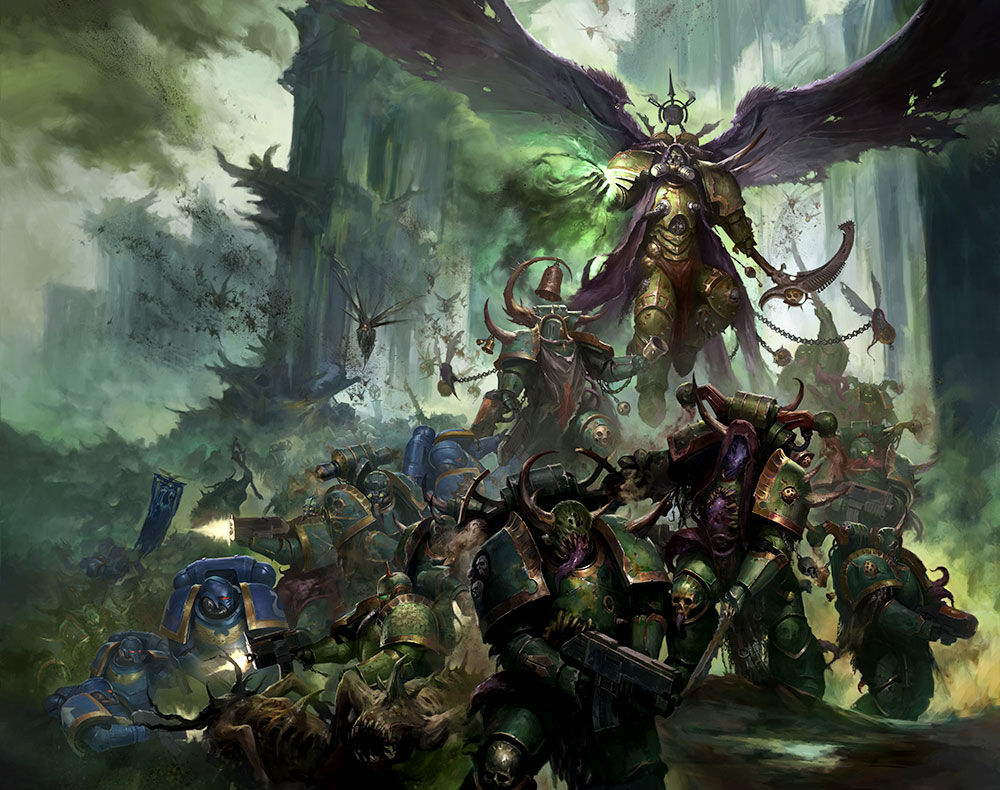 This battle took place on Dysactis and involved the Death Guard led by Mortarion vs this Brother Primarch…Perturabo and the Iron Warriors. They were both after a mysterious Temple of Ascension and, like most brothers, they refused to share! The battle is an epic clash of  Brother vs Brother in “a battle reminiscent of the incredible conflicts of the Horus Heresy” with massive god-machines from the Legio Abohrrax aiding the battle (on the Iron Warriors side, of course). However, what ends up turning the battle in favor of the Death Guard is their very contagious poxes that corrupt flesh and metal alike. The losses on both sides are massive, but at the end of the battle Perturabo calls for a tactical withdraw and Mortarion is able to lay claim to the temple.

We loved this battle because it’s an epic battle between Primarch! Any time two of these guys take the field against each other we’re all about it. 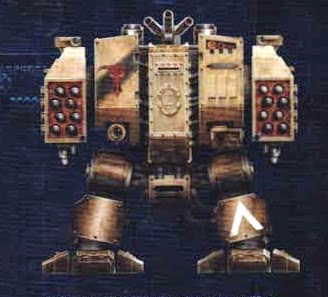 We picked this battle because while the description is brief, we love that it shows the cunning and forethought of the Death Guard. They might looks like walking plague zombies, but there is more going on there than you might realize.

For months, the 14th Volpone Bluebloods were engaged in a battle with the Putrid Choir. They had to suffer the filth and disease of fighting these truly virulent attackers. But something in their spirit broke and they could finally take no more. So they end up turning to none other than Nurgle himself and beg to be spared! Nurgle, who is happy to spread his gifts to all who ask, answers them. They are turned “forever gleaming and pristine, except for every seventh soldier amongst them.” For those unlucky few, they are “gifted” with all the disease and pestilence their battle-brothers should of had. They quickly turn in to bloated and infected spawn! The regiment is forced, in guilt and shame, to put them down with their own tools of war. After the betrayal, they join up with the Death Guard…

This battle really showcases the dread and plague that the Death Guard brings. They don’t have to kill you – they can grind you down with foul stenches, infections, and debilitating disease. They can wait you out until you beg to be killed…or worse.

In The Maw Of The Storm

This one is a short note about a duel during a Warp Storm on the world of Danasar. The duel is between Typhus and Huron Blackheart! They both end up surviving, but Huron Blackheart is humbled by defeat. Typhus allows him to live to showcase Nurgle’s might, and his “generosity.”

Who doesn’t like the idea of an epic duel between two larger-than-life characters?! Typhus vs Huron Blackheart would be one fight I would gladly recreate on the battlefield.

The Doom of Hesp

Hesp was a vibrant jungle planet. It had much biomass to devour and it attracted the attention of Tyranid Hive Fleet Lotan. Unfortunately, the Vectorium of the 4th and 7th also had plans for the planet. As the fighting escalated, the Tyranids deployed Venomthropes and Toxicrenes to poison the planet’s environment. The Death Guard decided to do the same, only with Plague Spells, Virus Bombs, and daemonic diseases. Eventually the planet became so toxic that the “fighting” ends with both waring armies reduced to bubbling soup. The planet is SO toxic that when the first Hive Fleet ship descends to “taste this poisoned slurry” it RECOILS from the planet! Not only does it’s proboscis melt from the virulent planet, the rest of the HIVE FLEET bombs the ship into oblivion. Better to cut off a finger than to lose the hand.

There are TONS more battles recorded in the Death Guard Codex. We can’t wait to see what you guys think of it when the book drops next weekend!

Author: Adam Harrison
Writer, Editor, Texas Native, and Austinite for 15+ years, Adam covers all things Tabletop Gaming. Which includes Warhammer 40,000, Age of Sigmar, D&D, Board Games and everything else that involves dice, boards, cards and a table. A hobbyist, player, and collector of miniatures and games, Adam's current obsession are his Death Armies for Age of Sigmar, his Blood Angels and Tyranids for 40k, and his ever growing Arkham Horror: The Card Game Collection.
Advertisement
Chaos Marines Death Guard Games Workshop Lore Warhammer 40k
Advertisement