AoS: Face The Wrath of the Deadman’s Fleet 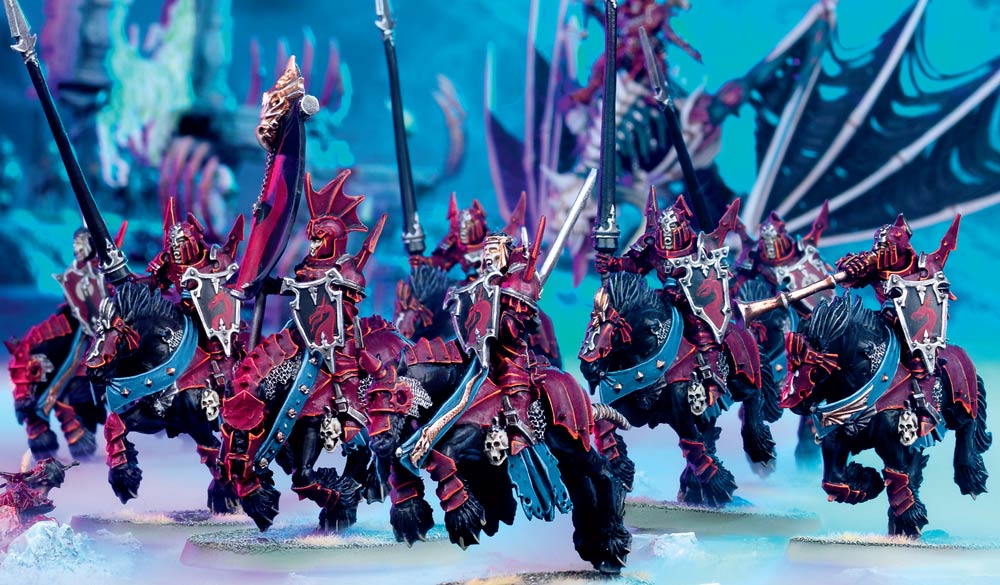 You didn’t think that the forces of Order were the only faction to get new allegiances, did you? The Wraith Fleet’s flag is flying high!

What could be worse for your opponent that having to deal with Blood Knights? Dealing with Pirate Blood Knight who can attack without warning from the FLANKS! That’s right folks, the undead pirates of the Wraith Fleet are coming with AoS Firestorm and they mean to plunder ALL the booty they can get their cold, dead hands on.

In Firestorm, you’ll be able to theme your Death army around the Wraith Fleet, a new allegiance representing the forces of vampire corsair Varkos Varactyr. Commanding a fleet of spectral galleons, Varkos has raided the Realm of Fire for thousands of years, spreading Death at the will of Nagash and filling his rotting holds with plunder.

To represent their ability to raid and plunder without warning, the Wraith Fleet has a new ability called…Without Warning: 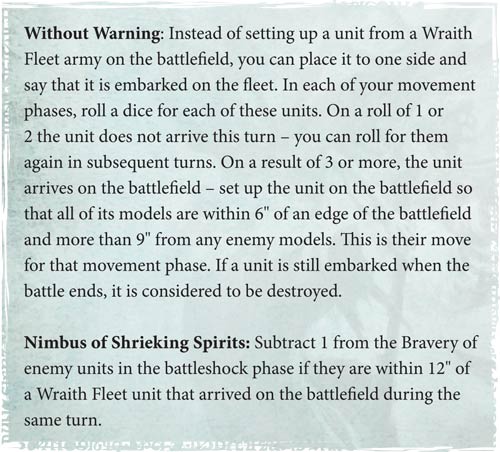 The downside of this ability is that if your set-aside unit(s) don’t show up by the end of the game, they are counted as destroyed. However, they had the chance to show up on a 3+ every turn during your Movement phase.  When they do come on the board those units can do some gnarly things. The units show up on an edge of the table and must be more than 9″ away from an enemy. That’s their move for the turn but they can still shoot/charge that turn.

And just for kicks, all units that are within 12″ of a Wraith Fleet unit that has come in that turn are -1 Bravery. I wonder why that is…

Oh that DOES seems a little disconcerting…

Now the army of the dead won’t need to wait to summon units to get across the board quickly – they can just appear! If bring along a Nimbus of Shrieking Souls, you can pile-on the Bravery penalties and really make a deadly impact on the turn your forces arrive.

So who gets to join the Wraith Fleet? “Units from Soulblight, Deathrattle, Deathmages and Nighthaunt.”

So about those Vampire Pirates…

Blood Knights are pretty scary when they are coming off the flank. Deadly in combat they are going to force your opponent to react to them the turn they arrive. If you can manage to pull of the charge that’s already going to be a bad time for the enemy. But if you really want to twist the screws, don’t forget about the Necromantic Bloodline: 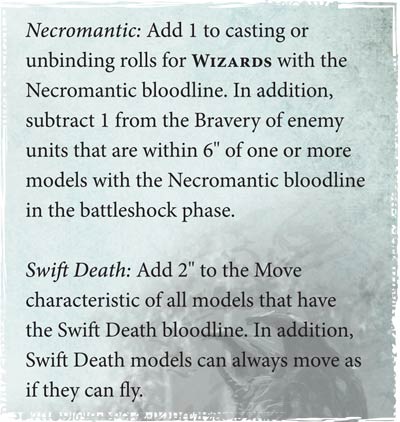 That’s a -2 hit to their bravery stat. If this unit manages to have a decent turn, that’s going to cause some deadly battleshock tests. Another unit that sometimes has trouble getting across the board to make an impact is the Mortis Engine. But now it can come from the flank and immediately start dropping abilities like the Reliquary on the enemy. Getting at least a 9 on 4d6 seems pretty do-able to me!

Are you ready for the Fleet of the Dead? To bad! Because they are already here…. 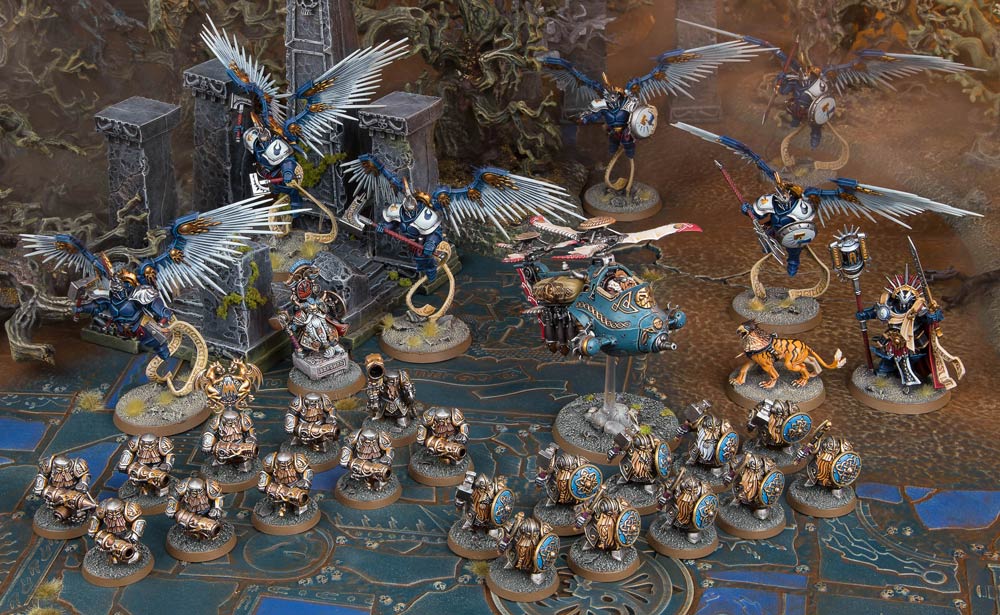