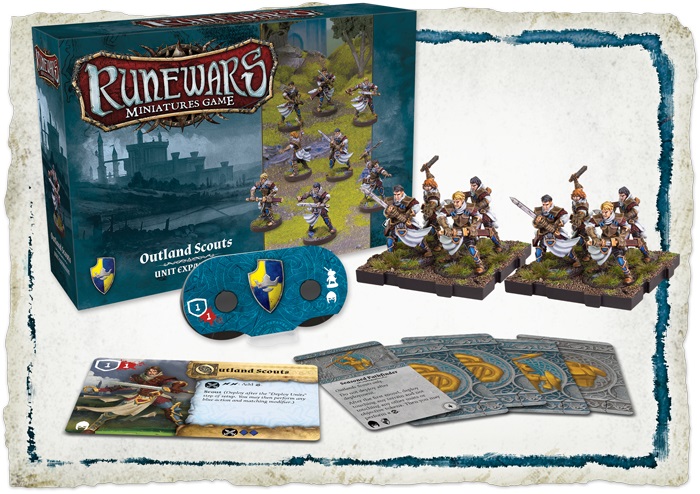 The Outland Scouts are coming to Runewars. Come take a look at the vital intel these forces bring to the tabletop!

As dangers grow in the East, the lords of Terrinoth’s baronies must call in their forces from even the most distant villages. Fantasy Flight Games is pleased to announce the upcoming release the Outland Scouts Unit Expansion for the Daqan of Runewars Miniatures Game!!

These soldiers don’t come from the fancy castle halls of the Daqan Lords, no they are from distant villages from the back country. Still, they play a vital role in defending the realm! These brave folk are risen up in time of need to do their part against the evil forces of the Waiqar!

They are made up of loose bands of soldiers who work fairly independently. That is reflected in their special ability: Scout. This allows them to setup after all the other forces have setup – perhaps they were waiting in ambush…or they might have just been late to the fight!

The Outland Scouts also rely on surges for their attacks to be effective. Luckily, with two blue dice, they have decent odds at getting the prerequisite 2 surges to gain a bonus hit! They also fight in smaller sizes than more “standard” troops with only options for 2, 4, or 6 stands of troopers. That keeps them light and mobile, just the way they like it. 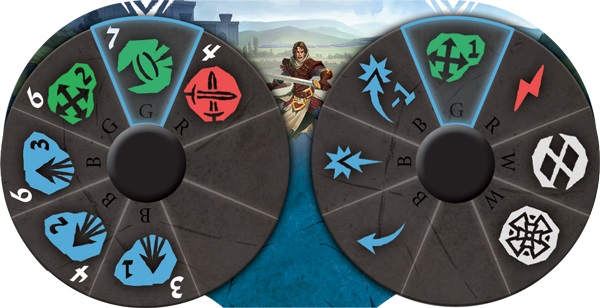 Their dial makes them fairly hardy in a fight. Their Green shift one and rally options means they can ditch bane markers. That makes them tough for undead units like the Reanimate Archers or even the Carrion Lancers to pin down with blight attacks. Initiative wise, they tend to favor towards the early to mid timing, with 3, 4s’ and 6 but can go late with that 7. That should keep the enemy guessing as to when they are going to move. 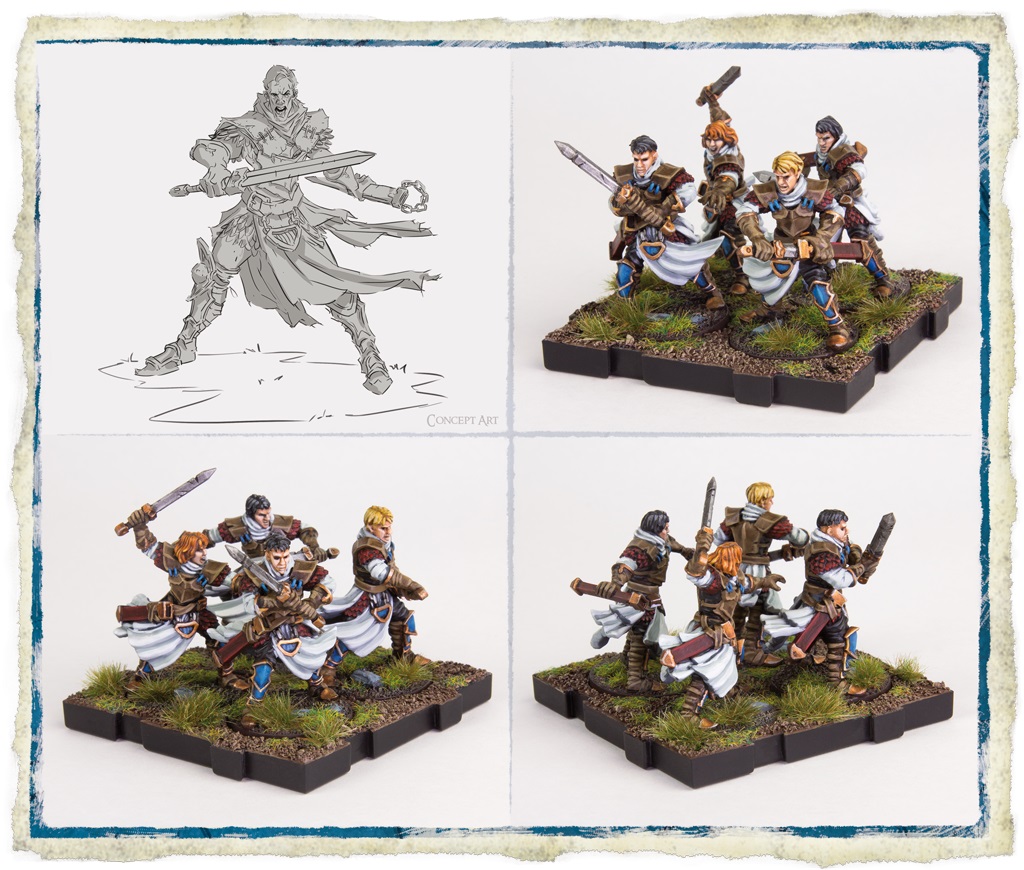 Outland Scouts also have a couple of buffs they bring to the table as well. They have the ability to inspire nearby friendly troops. Know Your Enemy allows a player to spend one inspiration token to get a reroll during a melee. Plus, the attached unit can take an inspiration token as a unique action surge, too! 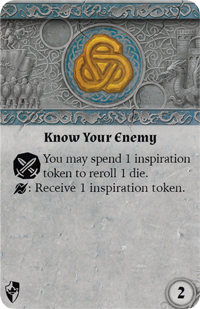 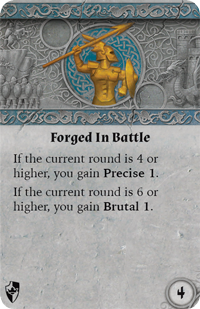 The Outland Scouts Unit Expansion is slated for a Q4 release in 2017 – keep an eye out for these reinforcements on the horizon! 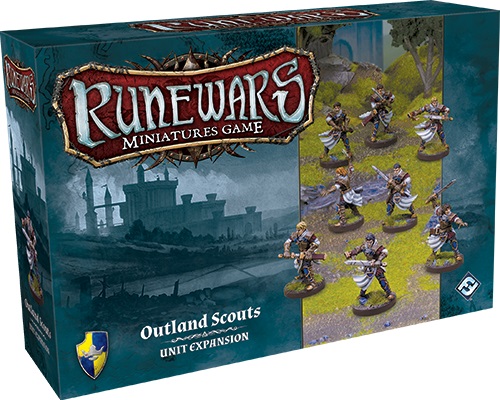 Hailing from the furthest outskirts of Terrinoth, the Outland Scouts defend villages from the dangers that lurk beyond the edges of the baronies. Now, as the Daqan lords call their banners, these determined troops take to the battlefield to inspire the armies of Terrinoth!

The Outland Scouts Unit Expansion includes eight figurines and two Plastic Infantry Trays to house them, as well as a collection of tokens and five available upgrade cards to strengthen your Daqan forces.

Hold the line until you can’t stand it. And then HOLD THE LINE MORE!