We’ve got a preview of the Strategy Phase in the upcoming Twilight Imperium – 4th Edition.

Friends, if you’re anything like me, you are stupidly excited that there’s a new edition of Twilight Imperium coming. Of course if you’re anything like me, you don’t have any friends who have time to play it with you–and DEFINITELY don’t have any friends who want to “just buy two or three sets and make a massive galaxy that we can just play in for a month or so and see what happens.”

Man, I feel you. BUT! We’ve got a look at the Strategy Phase so you can dream. That’s the one thing they can’t ever take away from you–at least if Cinderella taught me anything (and I like to believe it did, all my clothes are made by mice).

If you’ve never played Twilight Imperium before, here’s what you need to know: a lot. But here’s a breakdown of what the Strategy Phase is–it’s the part of a turn when you decide what kind of action you’re going to take that round. There are 8 all in all, each one lets you do something unique–you can give up your normal action on a turn and activate the primary ability listed on the card–but each card has an initiative score which determines when you’ll get to act in the round. So picking something with a “high score” means you’re more likely to have react to what the earlier players do.

Like everything in Twilight Imperium, it’s all a delicate balancing act. 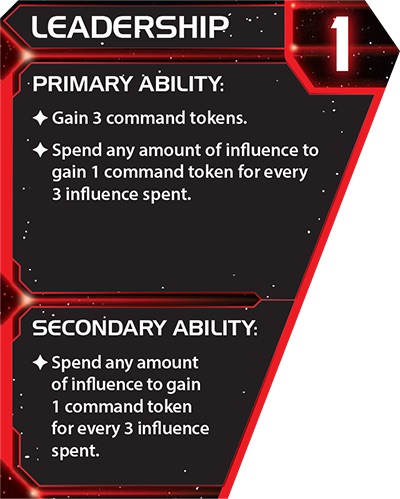 We’ll start with the Leadership Card. This one’s big thing is that you’ll always get to go first, and you can also use it to regain command tokens (which you’ll need to fuel other parts of the game), and you can also trade influence for command just like everyone else. This is a great card to help setup those powerful plays. You get to go first, you also get stuff for free–it’s a pretty big advantage when things are starting to heat up. 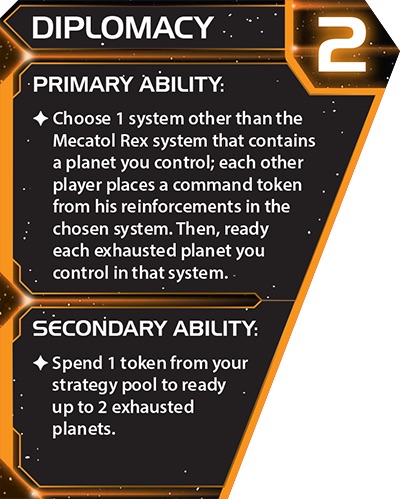 The Diplomacy Card is all about refreshing yourself. You can unexhaust your planets–helpful if you’ve been doing a lot of building or are needing a little bit of time to make sure that people don’t just walk all over your valuable planets with ease. Another setting up kind of card, this one can help you produce at optimum efficiency, and you’ll also be able to to go super early in the turn. 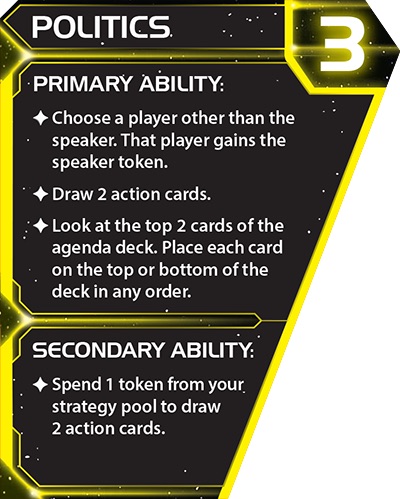 Politics, as you might expect, is a great maneuvering card. You get to determine who the Speaker is, and they have first choice of the card. So either give yourself an ally in someone by promoting them to speaker OR, when your masterstroke is ready to go the very next turn, give yourself Speaker, get some action cards, and then set the stage for your ascension to the throne. Just uh, make sure you win. Otherwise they’ll go all Game of Thrones on you. 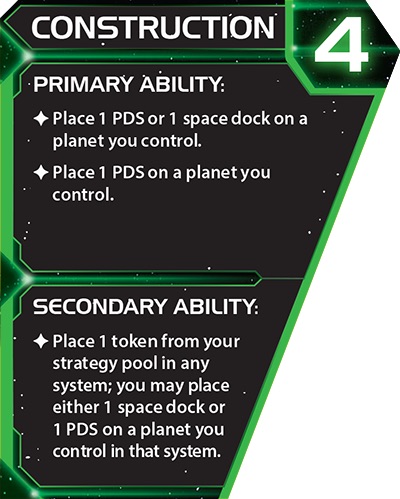 Construction lets you build a planetary defense system. It’s the only way you can build them. And you’ll really want some PDSes, especially as your empire expands (and you’re incredibly good at this game, so your empire is rapidly going to expand). Plus it lets you create space docks, and you can sort of determine where your next base of operation is going to be. Having space docks lets you make little outposts that you can continually reinforce things from, so you’re not forced to spend most of the game trying desperately to get your fleet to where they needed to be three turns ago. 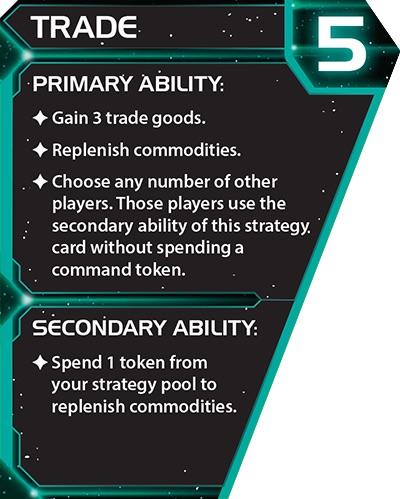 Trade is all about trading. You get free goods, you get to refresh your tokens, and can wield some influence over players who you can give some free stuff to in exchange for clemency, favorable traderates, etc. Trade is one of those cards that your friend who always wins these kinds of games will keep picking, and you’ll wonder why they’re doing that–your fleets are indomitable after all–and then the next thing you know you’ve been out-produced, gunned, and cultured. 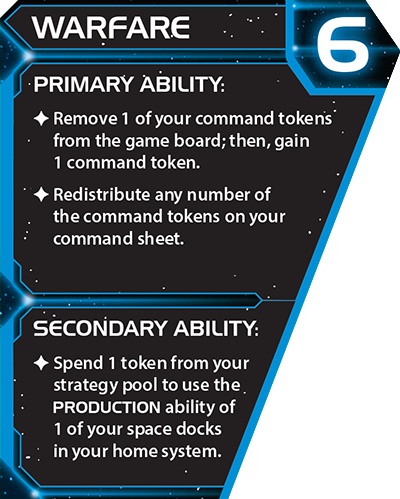 Speaking of being outgunned, that’s where the Warfare Card comes into play. This lets you move things around, lets you remove a command token and sort of adapt your strategy on the fly to the actions of the enemy. Plus, you can shuffle around your command tokens in the middle of everything–get your opponents to look left, then you go right. Give ’em the old Kansas City Shuffle. 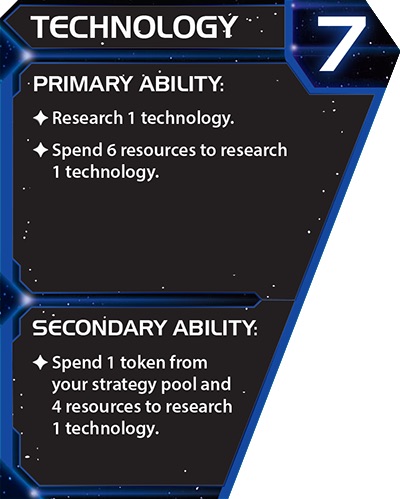 Now we get to my favorite card, because I am a weirdo and love Tech Trees in games. Seriously, all it takes to get my interest is a Tech or Skill tree that looks cool–it’ll take more than that to actually keep it. Your game still has to be good (which Twilight Imperium is), but I mean who doesn’t want to unlock new technology for their units? And that’s what the Technology card lets you do. You get a free Technology, which is HUGE and you can also spend six resources to gain more, whereas the rest of the people in the game have to spend resources and tokens like a sucker. 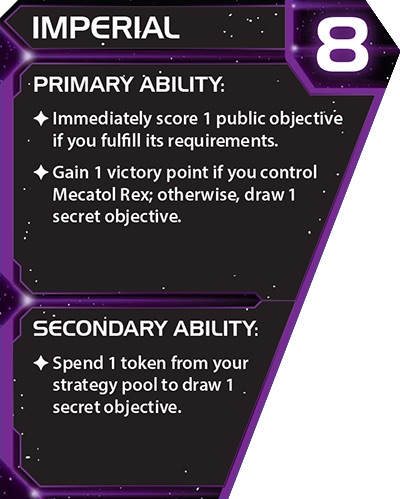 Finally there’s the second card that your friend who always wins these games will play when the time is right. The Imperial Card. This one is all about getting objectives and victory points. If you hold down Mecatol Rex, you just get a free vp (not to be confused with VP), and you also can score public objectives. Combo that with the ability to get more secret objectives, and you’re ready to win the game at a moment’s notice.

And that’s just one phase of the game.

Author: J.R. Zambrano
Bell of Lost Souls Staff Writer and DM, J.R. covers RPGs of all stripes and on occasion eats sandwiches. You can ask him about either at [email protected]
Advertisement
Board Games FFG - Fantasy Flight Games Tabletop News
Advertisement 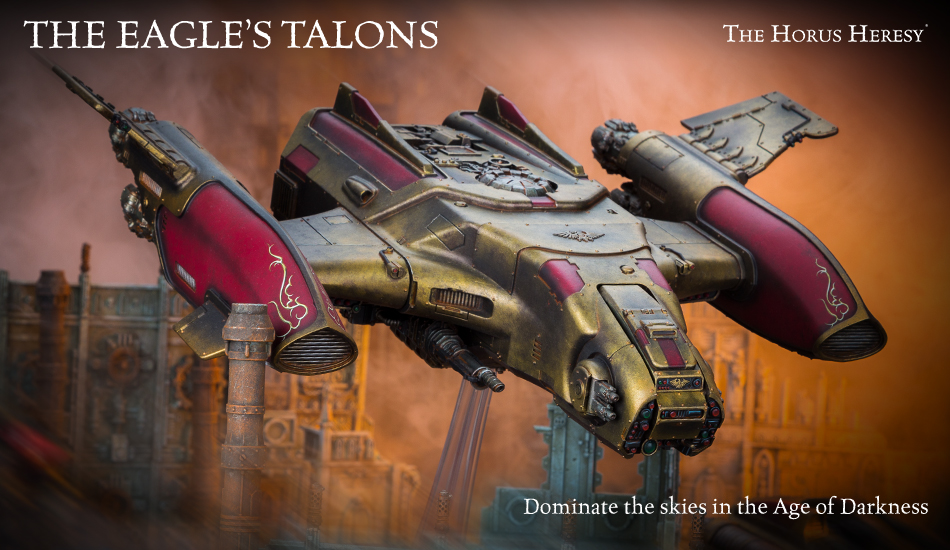