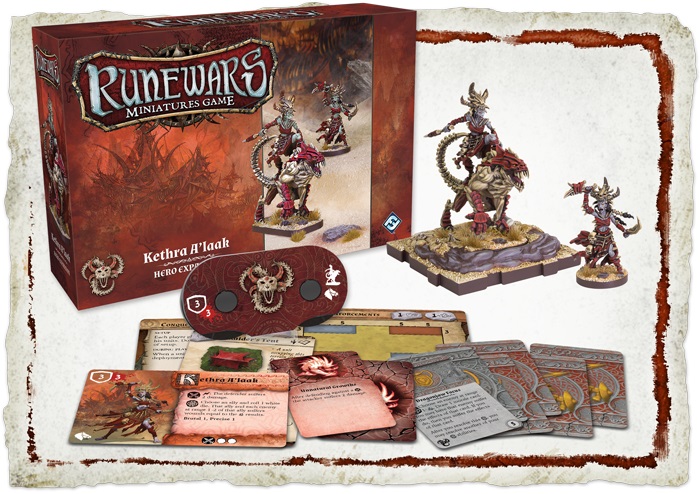 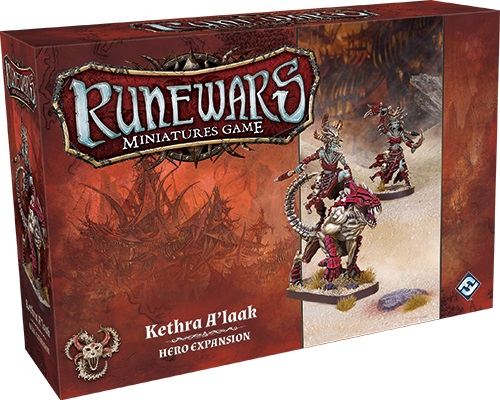 The Uthuk Army Roster grows with a new Hero Expansion on the way. Say hello to Kethra A’laak!

Fantasy Flight Games is pleased to announce the upcoming release of the Kethra A’laak Hero Expansion for the Uthuk Army of Runewars Miniatures Game! 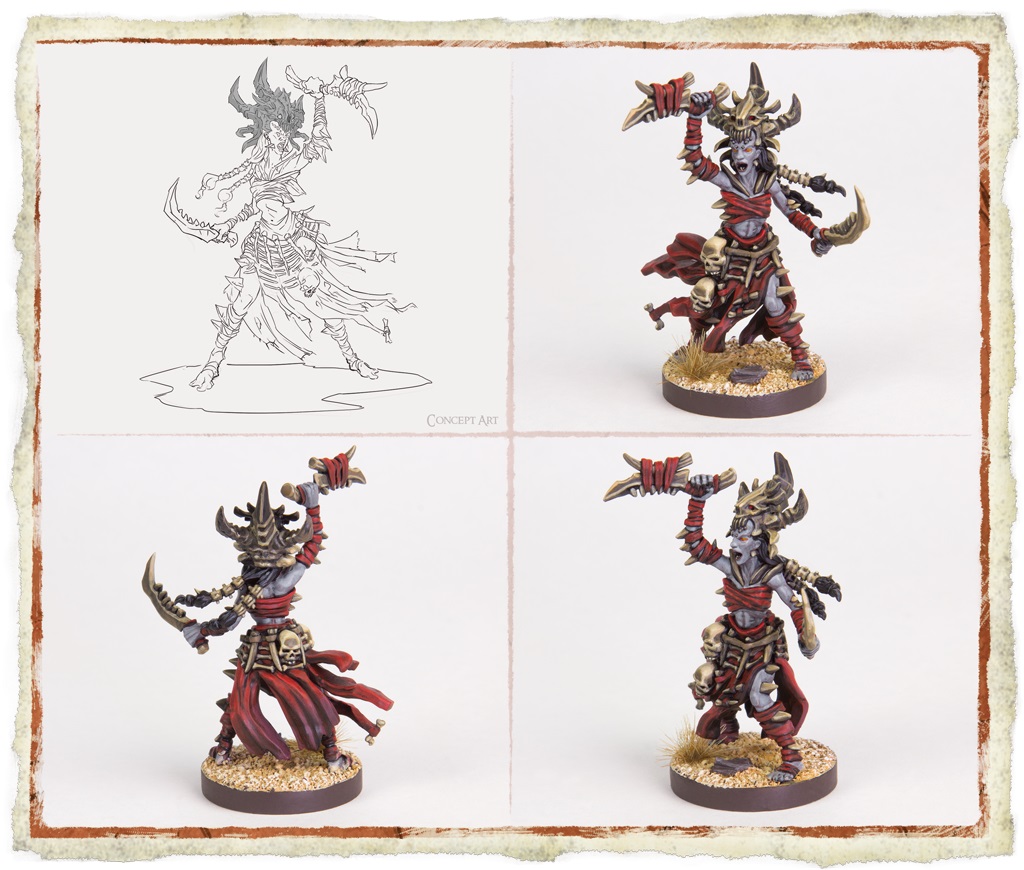 The witch Kethra A’laak stands apart from all others within the swarm. Although sworn to the Blood Coven which taught her, great and terrible ambitions burn within her, and her elevation into the coven has only strengthened her dreams of conquest and glory. Considered unpredictable by many of her peers, Kethra’s ruthlessness is not out of place amidst the sisterhood of the Blood Coven.

Ketha A’laak is a fierce opponent on the battlefield. Her use of Blood Magic and Sacrifice is legendary among her people – unafraid to slay allies and foes alike as long as her link to the Ynfernael remains strong. To represent that on the tabletop, as a Skill action Kethra may target a friendly ally and roll one white die. That ally and each enemy at range 1-2 of that ally suffer wounds equal to the number of hit results. Cruel, yet cunning!

On top of that, she’s no slouch in close combat either. Blessed by Ynfernael strength she rolls two white dice in close combat. With 3 armor and 3 heath, she’s certainly not to be trifled with when the fighting gets up close and personal.

As a witch of the Blood Coven, Kethra travels freely among the tribes. However, she does not go peacefully. She tends to stir up trouble and rivalry to keep her would be threats off balance. To represent her wanderlust, her command dials have a very wide variety of movement options. However, if one of her threats becomes too great she is not afraid to bring down the hammer – or a knife in her case. On her dial, her Melee action can be paired with a surge action (which can cause 2 damage) or you can go with a Mortal Strike!

This expansion doesn’t just come with Kethra on foot, there is also a mounted version where she is riding a brutal Flesh Ripper. In the expansion, you’ll also find a wide assortment of tokens, terrain, and upgrade options as well. For example she has access to the new Bonecaster Upgrade which allows her to use her two white dice as a ranged attack. That will allow her to reach out and tag a target without the need to getting in too close. 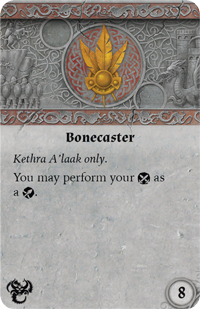 She also has the Dragonjaw Focus which can be used by her or her Uthuk allies. It can force your opponent to immedately suffer the effects of morale card. Unfortunately it has the side of effect of causing the equipped unit to suffer those effect, too. That might not be to bad depending on the card however… 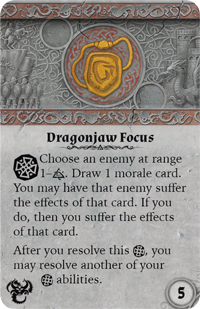 Kethra A’laak is currently available from Pre-order and should be arriving later this year from FFG!

The Uthuk’s forces are fueled by the dark magic enacted by witches of the Blood Coven. Among their ranks, none are more ruthless or more feared than the mighty Kethra A’laak. Riding into battle astride her monstrous flesh ripper, Hurokk, Kethra controls the chaos of the Uthuk Y’llan army to spill as much blood as possible, whether it be that of enemy forces, innocent villagers, or even the weakest of her own infantry.

The Kethra A’laak Hero Expansion includes one cavalry figurine and one infantry figurine, as well as one plastic siege movement tray. This pack also comes equipped with one terrain card, objective card, deployment card, and two condition cards, as well as six available upgrades and a collection of markers and tokens.