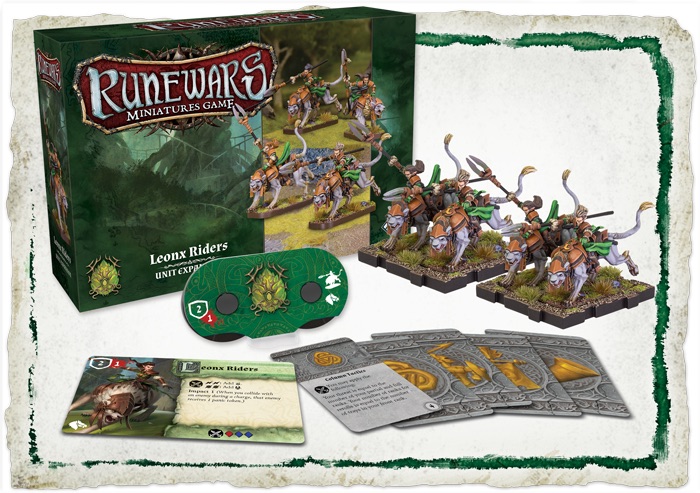 The Latari Elves are getting a fast-paced Cavalry unit to out maneuver their enemies – come check out the Leonx Riders Unit Expansion!

When it comes to speed in Runewars the Latari Elves pretty much wrote the book on it. No other unit exemplifies the idea that “Speed Kills” like the Leonx Riders:

We’ve actually covered how to use the Leonx Riders on the tabletop already. They are fantastic units that pounce in and out of the enemies lines. They hit hard and if you can manage to catch them, they aren’t the toughest Cavalry option to hurt…but you have to catch them. Which is going to be a problem when you see their dial: 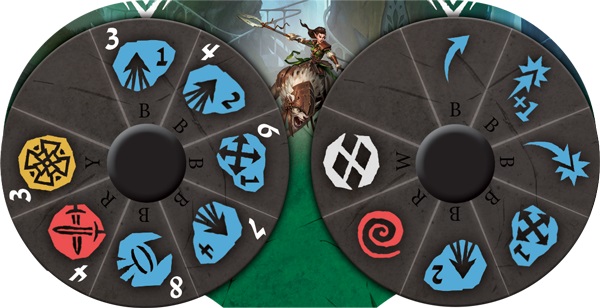 As far as the models go, they are pretty easy to assemble and get on the board quickly. They are the same plastic we’ve seen FFG use in the previous expansions. The Leonx Rider models also use the same “lock and key” system for assembly. We’ve said it before – you can probably assemble these models without glue. However, if you plan on keeping them assembled, use glue. The pegs only go in their respective slot so a little dab of glue will do!

This kit also comes with more upgrades and options which we do cover in the video. The big thing here is that if you have a set from the Latari Elves and you purchase this upgrade you’ll easily be able to field the massive unit of 6 – and that’s going to terrorize your opponents! These big cat riders are ready to play…and by play I mean rip the enemy flanks to shreds! Get ready to turn your opponent into kitty litter with the Leonx Riders! 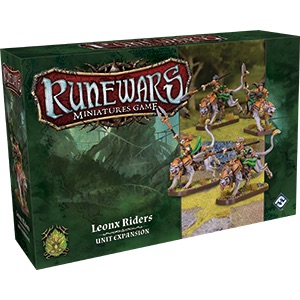 None exemplify the primal, wild nature of the Verdelam more than the Leonx Riders. Charging into battle atop the their ferocious Leonx, large felines native to the Aymhelin, these Elven warriors pierce through enemy lines with the force of a storm, only to use their lightning speed to evade counter-blows and change their angle of attack with the swiftness of a gale.

Author: Adam Harrison
Writer, Editor, Texas Native, and Austinite for 15+ years, Adam covers all things Tabletop Gaming. Which includes Warhammer 40,000, Age of Sigmar, D&D, Board Games and everything else that involves dice, boards, cards and a table. A hobbyist, player, and collector of miniatures and games, Adam's current obsession are his Death Armies for Age of Sigmar, his Blood Angels and Tyranids for 40k, and his ever growing Arkham Horror: The Card Game Collection.
Advertisement
FFG - Fantasy Flight Games Miniatures Rules Runewars Tabletop News Unboxing Videos
Advertisement

The Sisters of Eternal Mercy Are Here to Save Your Soul